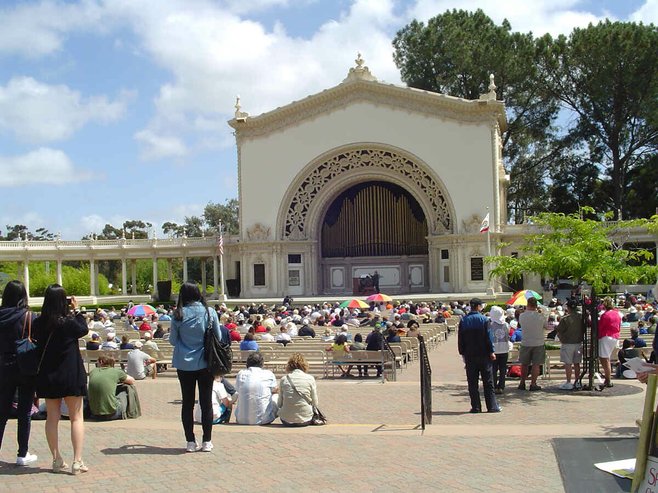 On August 2, city council members will decide whether to pay organist Dr. Carol Williams $28,600 a year for weekly concerts at the Spreckels Organ Pavilion.

The $286,000 dollar ten-year contract came under fire earlier this year during budget deliberations. For each hour-long concert, Williams was said to make $555 dollars. The high-hourly rate caused some council members to express concerns during an Arts and Culture Committee meeting last April.

However, residents and city officials defended the contract, saying that the annual salary does not take into account any time for preparation, and it does not show the benefits it has on tourism.

The organ, the world's largest outdoor pipe organ, was given to the City by John D. and Adolph B. Spreckels in 1915. Fourteen years later, the City created the position of Civic Organist, whose sole duties was to provide free concerts once a week. Dr. Carol Williams has held the title of Civic Organist since 2001. In conjunction to serving as the city's Civic Organist, Williams is also the Artistic Director for the Spreckels Organ Society.