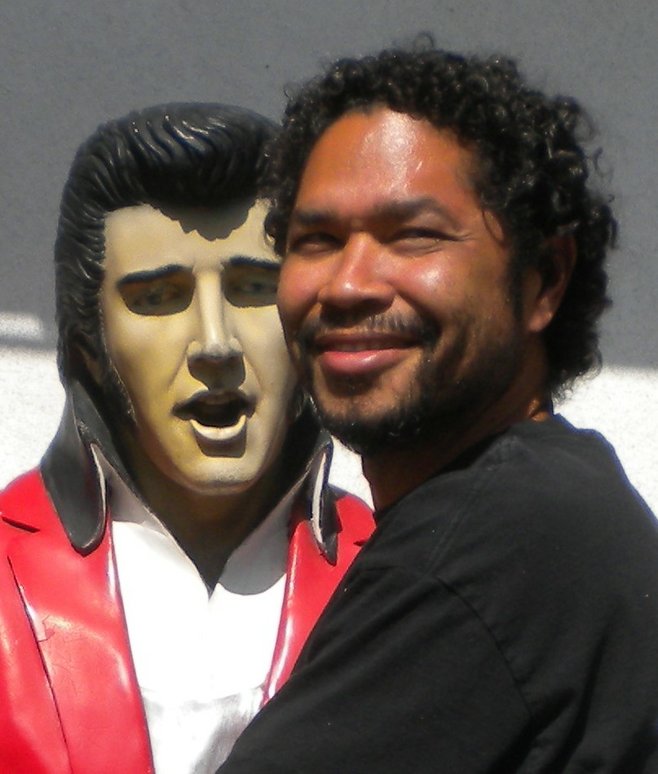 Found Elvis Presley with Leroy Mossel this afternoon. Two were chatting outside Mootime on the sidewalk in downtown Coronado. Okay, Leroy was standing beside the full-size Elvis in front of the ice cream joint, chatting with someone else. Something about the Pandora’s Box he and his partner had opened when they decided, months ago, to turn their Beach’n Diner into a lounge/slash/exotic drinks/slash organic-type locovore eatery to be called “Leroy’s Kitchen.” It’s right next door to Mootime at 1015 Orange Avenue. Problem? The building’s nearly a century old. You can see the termites holding hands in the support beams exposed near the sidewalk. “Once we started ripping things up, we saw how much needed to be done,” says Leroy. “We had to retrofit for earthquakes. We needed new five-foot foundations. We have the construction permits at last, but that took three months.” He says they’re cruising ahead now and hope to open mid-to-late June. “Certainly in time for Fourth of July,” says Leroy. “This is Coronado. We can’t miss that.”