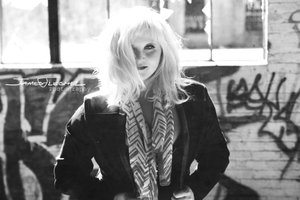 A rebellious, angst-filled, hormonal teenager with a tattoo on my chest, I left my world in the South for the United States Navy.
Stationed on the USS Higgins out of San Diego, I got into all sorts of documentary worthy shenanigans. After a platonic, financially driven marriage, and NCIS investigation, some wild port visits, and some turbulent affairs, I got out and became a workaholic. I eventually got into UC Berkeley, graduated, backpacked Europe, became an Alaska reporter, and hit a marvelous quarter life crisis that will be documented in my next book.

Send a message to themaggieyoung: