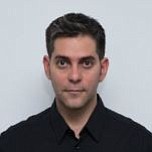 Carlos Becerra is an independent Venezuelan photographer, formed in the Photography Workshop Roberto Mata. Has closely followed the events of 2014 in Venezuela and its images of protests and clashes have been published by various media and international organizations. Part of his work has been published by Amnesty International, CNN, Washington Post, The Guardian, among others. All photographs in this gallery belong to Carlos Becerra. © 2014

Send a message to Carlos: