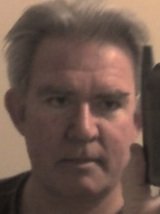 Matt Potter has been a staff writer and editor at the San Diego Reader since 1989. He reports on politics and local institutions such as the Union-Tribune, UCSD, SDSU, and the City and County of San Diego.

He is the author of the weekly Under the Radar column.

Besides breaking the Cheetahs corruption story a year before the FBI raided the offices of the San Diego city council, he has written extensively on governance, medical ethics, and human experimentation issues at the University of California San Diego.