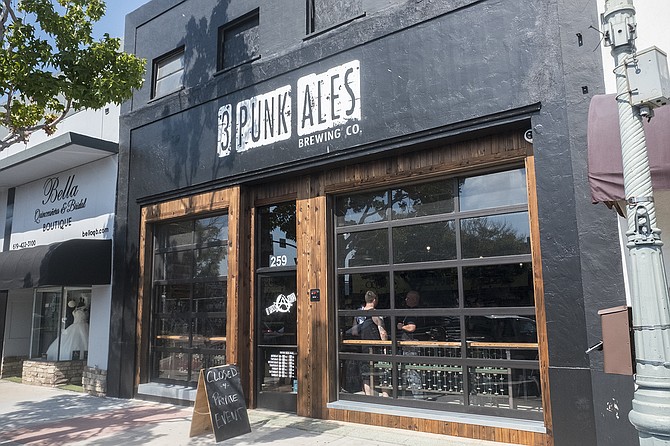 Bilingualism is woven into the fabric here in Chula Vista, where Thr3e Punk Ales Brewing Co. has opened along with several beer establishments to bring fresh life to Third Avenue, the city’s main drag. This brewery founded by local boys embraces the duality. A t-shirt for sale works the brewery’s anarchy logo into the word chela, a Mexican slang term for beer.

A two-story brewery, with the brewhouse in the basement and a tasting room on the ground floor, Thr3e Punk Ales lives up to its punk aesthetic with a mural collage filling up one wall with rock posters and stencil images. Offers rock band beer collaborations, signature IPAs, stouts, and a bevy of lagers.

Despite any antisocialism implied by its name and logo, 3 Punk Ales furnishes a welcoming, environment that illustrates why neighborhood breweries are the future of craft beer. It’s simple really: make good beer, serve your community.