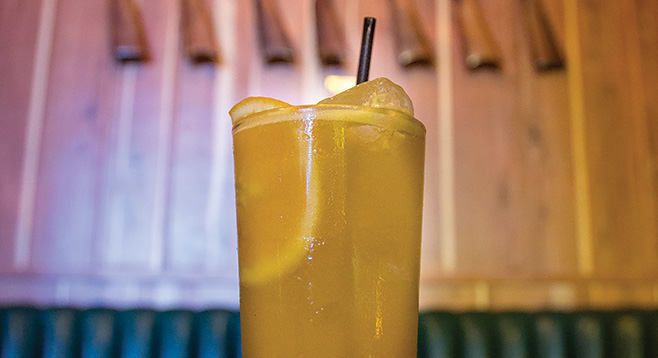 Hipster cocktail bar designed after an Allman Brothers and Burt Reynolds vision of the 1970s. Best feature is the section of tables sunken into the floor, which creates a mini-oasis of basement cool. Sycamore Den is downright cozy for the most part, and the bartenders do a good job of mixing up tasty drinks. The best drinks adhere more closely to classic cocktail styles (more spirits and less sugar). Eat more of the popcorn and less of the meat and cheese boards, which don't really go with mixed drinks anyway.