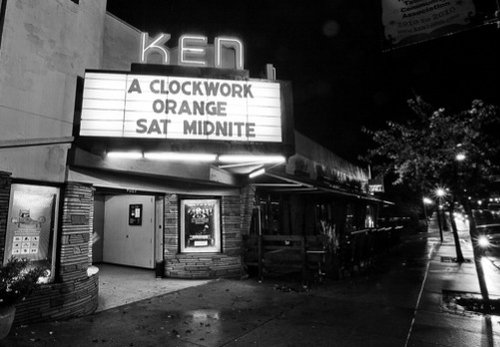 Built in 1912, the Ken Cinema underwent a streamline Art Moderne makeover in 1947, and in 1975 the theater became the second house to be acquired by the Landmark chain.