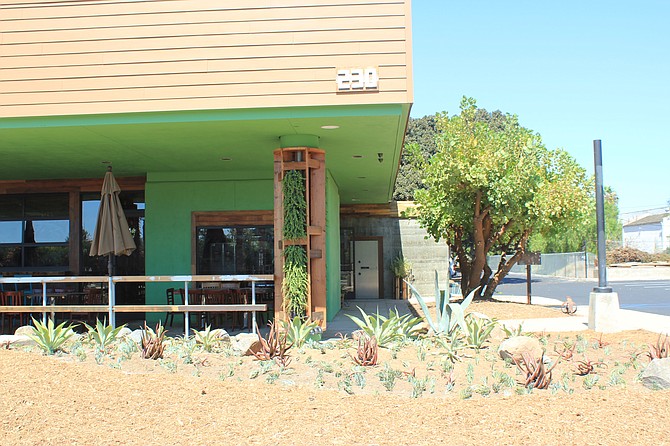 Opened in 2015, Flying Pig Pub & Kitchen (with a locale in Oceanside as well) was launched by owners Aaron and Roddy Browning as a farm to table eatery, specializing in pork but with a menu well rounded for meat eaters and vegetarians alike. Located on a busy street near Vista’s downtown with a long bar located inside and out, a noisy dining room and open patio seating, and a view of the organic herb garden.

In September 2019, the Brownings reopened this locale as TownHall Public House, with a new menu, more price options, a revised lineup of beers and cocktails, shuffleboard games, live music nights, and even a children's play area.