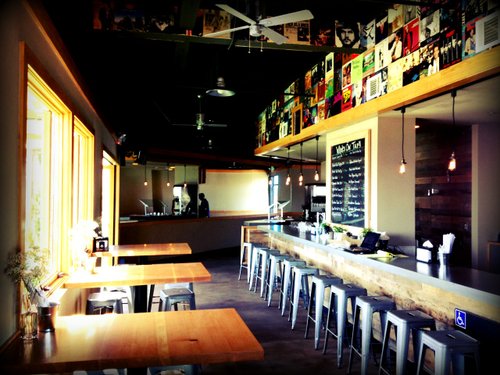 This tiny brewhouse sequestered in the back room of a beach-adjacent kebabery was installed by the restaurant’s homebrewing owner and is operated by former Alpine Beer Co. (and current Saint Archer Brewery) brewer Cy Henley. Beers debut one-at-a-time, sharing space with a wide array of brews from other craft operations — most local. In a very short amount of time, the business has amassed many regulars on the back of solid first-effort beers, a tasty meat-centric menu, and an outdoor, second-story beer garden with a view of the Pacific Ocean. Parking and crowds can sometimes be an issue.