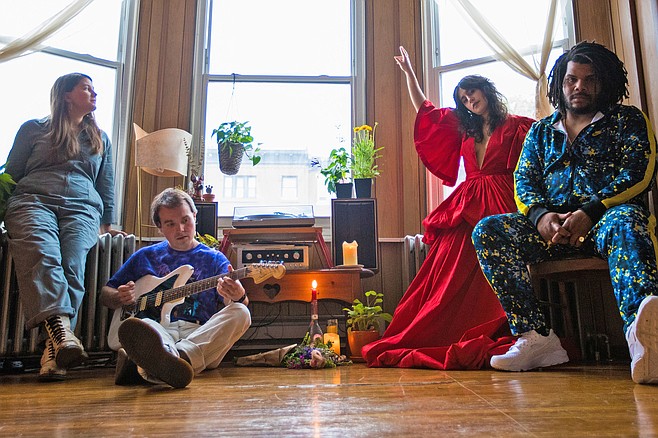 The Philadelphia-based punk four-piece Mannequin Pussy had two albums under their belts before they were signed to famous hardcore label Epitaph and released 2019’s Patience — which required just that. The album gestated for three years after early recording sessions were scrapped due to uncomfortable studio conditions.

“It was recorded in the same space where we had made [2016’s] Romantic,” singer/guitarist Marisa Dabice explained. “That space is really chaotic, it’s this warehouse that they make great sounding records in, but it’s in a place where people live — so people were constantly coming in and out of the space while we were working on these things. A lot of these songs were really hard for me to sing in front of other people — even my band. So, working on something that felt really serious only to be interrupted by some jackass coming into the studio to ask some inane question that has nothing to do with what we’re doing there just started to wear on me. When we started listening back, we were just like, ‘It doesn’t feel like a progression.’”

The band eventually took another stab at the songs with producer Will Yip. The result was an album that landed on many best-of lists at the end of 2019. Dabice was comfortable enough to spill her guts lyrically on songs such as the anthemic “Drunk II”— an autobiographical account of a period of her life in which she was “just drinking a lot and kissing a bunch of cute strangers, but ultimately feeling very empty and sad too.” She directed and starred in the video for the song.

“I guess a lot of people do see it as brave,” Dabice explained. “That’s something that has been expressed to me, but I don’t think it’s very brave to express emotions that everyone has been through. I think there’s something very comforting in that I know that the story that I’m telling I’m not alone in. So, it’s just not as scary for me.”

The mid-tempo “Drunk II” is a bit longer and more accessible than many of the band’s trademark (in Dabice’s words) “short aggressive burners.” But even in these manic moments, there are influences present from across the pop and rock spectrum. It’s a mixed-bag trait that is reflected in their audiences.

“There’s a nice symptom of that that also maybe explains why our crowds are so diverse,” Dabice explained. “I would say that there is no typical Mannequin Pussy fan. They’re across this very wide spectrum of how people look, what they do for a living, how they identify, and their sexuality and their politics. It really brings all these people together that might not normally find themselves in a room together, but they’re all realizing that they’re all capable of the same emotion.”