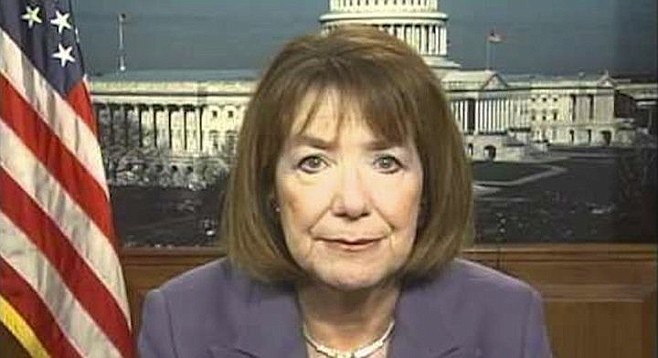 San Diego House Democrat Susan Davis, once the queen of congressional travel freebies thanks to special interests, has been dumping personal travel-related assets of late, gaining the notice of the Washington press corps.

"Previously unreported lawmakers who sold assets in the weeks leading up to the market crash include Rep. Susan Davis (D-Calif.), who unloaded thousands of dollars of stock in Alaska Air and Royal Caribbean cruises," notes a March 21 online post by Politico. 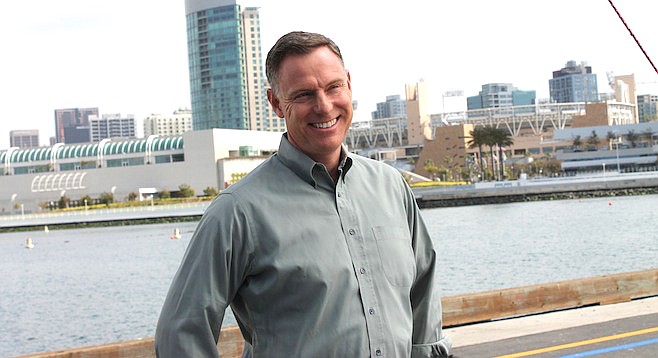 Not mentioned by Politico was Davis's purchase during the same period of between $15,001 and $50,000 worth of stock in Baidu, the giant Chinese Internet search engine outfit, which has taken an as-yet-undisclosed hit by the Wuhan outbreak.

However, the company is working on population surveillance breakthroughs that may make significant money during the widely spreading international pandemic and beyond.

"Baidu has developed several tools that are effective in building awareness and screening populations, including an AI-powered, non-contact infrared sensor system that provides users with fast multi-person temperature monitoring that can quickly detect a person if they are suspected of having a fever, one of the many symptoms of the coronavirus," according to a March 11 account by the MIT Technology Review.

"In addition, Baidu released the industry's first open-source model to detect whether individuals in crowded areas are wearing masks. The model boasts a classification accuracy of 97.27% with a robust performance in long-tail scenarios, such as an oro-nasal mask or side faces.

"As the outbreak continues to spread, this tool provides a key indicator of the population's view and response to the coronavirus, by gauging the public's adoption of safe health procedures like wearing face masks and regularly washing hands."

In addition to Davis's investment activity, Politico found that House Democrat Scott Peters of La Jolla had been shifting his holdings in the face of the impending disaster.

"On January 29, the day he and others were briefed on the coronavirus, Peters sold between $500,001 and $1 million in Butte-Glenn municipal bonds. He and his wife moved over $2 million from local government bonds to U.S. Treasury notes, considered a port in the storm amid market turbulence, between January 27 and January 29. The muni bond market is currently facing strong headwinds."

The congressman's office responded that Peters and wife "sold one set of government bonds and bought other government bonds," and that questions about whether the coronavirus meltdown motivated the transactions were "out of bounds."

"Lawmakers in both chambers were being briefed via both classified and non-classified meetings about the coronavirus in late January and February,' the website noted, "giving people on Capitol Hill a closer look at how the coming pandemic might shape their lives and finances that much of the country was lacking."

Once high on the list of free-traveling House members, whose travel included a venture to Tunisia with her husband on a gratis $21,327 oceanfront sojourn just before the 2010 revolution, the soon-to-retire Davis has been slowing her pace of late.

House disclosure reports show that her most recent free foreign trip was to Rwanda for a week in August of last year to "see development health and education programs and the U.S.- African partnership and success" courtesy of the Aspen Institute.

The total tab for Davis and spouse, housed at the deluxe Kigali Serena Hotel, was $19,090.

"On an enchanting boulevard in the heart of Kigali, Rwanda, in a secure location just a five-minute walk from the CBD, lies Kigali Serena Hotel," says the hostelry's website.

"A distinctively rich blend of Rwandan heritage, art and culture with contemporary 5-star comfort in 148 sophisticated rooms and suites, Serena Kigali hotel provides a private and peaceful retreat like no other for discerning international diplomats and executives."

It's called "insider trading", using information that is not public, to make securities trades. Oh, it's illegal to do that. The usual remedy levied by the SEC is to give up the ill-gotten gains and pay a fine. But there are criminal penalties available; Martha Stewart did some months of home confinement after she lied about using insider info from a friend to make a small killing on a stock. (That wasn't her company.)

If either of these two could claim that the trades were done by their financial managers and not disclosed to them, they would be home free. But since they "came clean" about it, they know it is highly questionable. And it should be seen just that way by the voters. They're not the only two to make such moves and are rather small fry compared to the two mentioned by Bob Ryan. There's a major scandal there. Duncan Hunter is being packed off to the pokey for almost a year for doing things that were no more egregious than insider trading by political insiders using classified information.

One way these politicians can avoid impropriety is to put their holdings in blind trusts, managed by professional managers, and have no contact with the managers at all. Many cabinet secretaries set up such trusts to avoid any apparent conflicts (and to secure Senate confirmation.) Both the senate and house ethics committees should be hot on these matters--but don't count on that.

One thing that local voters could do is reject Peters reelection bid and vote for his opponent. That's how you REALLY punish a politician. Susan Davis has been (figuratively) getting away with murder for about as long as she has been in the house. Her junketeering was a scandal, yet she was reelected, usually without a fight, by the usual brain-dead voters in SD.

I know their Dem supporters will minimize these transgressions, but will the public and "system" be so forgiving? Let's hope not.

No mention that Susan Davis is now a daily presence on public radio?

i dont trust her

Who wrote this column? No byline .

Had to be Matt Potter, or some new clone of his. So, monaghan, what's your take on all this? I'm dying to see.

If I had had holdings the likes of our well-to-do Democratic Congressional representatives, I too would have unloaded them before the stock market tanked. The bull market is eleven years old, after all.The handwriting was on the wall for some time and I don't think protecting your resources is against the law. (What those two Republicans did actually looks more like insider trading, but maybe not literally.) Still, making big financial moves like this is fair game for reporting and probably is embarrassing to the plutocrats. Poor babies.