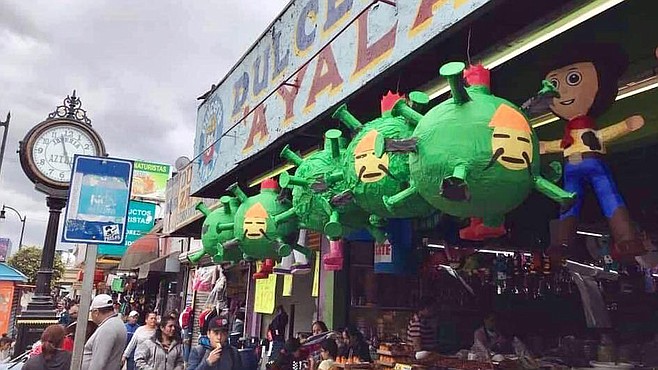 “You look like a meme,” I told my friend Beto when I spotted him at the checkout line of my local Calimax with a cart full of toilet paper and paper towels on Friday the 13th. All the shelves in the store were as full as they usually were, including toiletries. Beto was the first person I noticed panic shopping in Tijuana, the rest of the patrons inside the Calimax had carts filled with their regular shopping.

“Well, you know I have a family and the stores are empty in San Diego,” replied Beto. Beto is a reverse border crosser, he lives in San Diego with his family but owns multiple businesses in Tijuana. “My neighbors are older folks; I’m buying extra for them as well.” 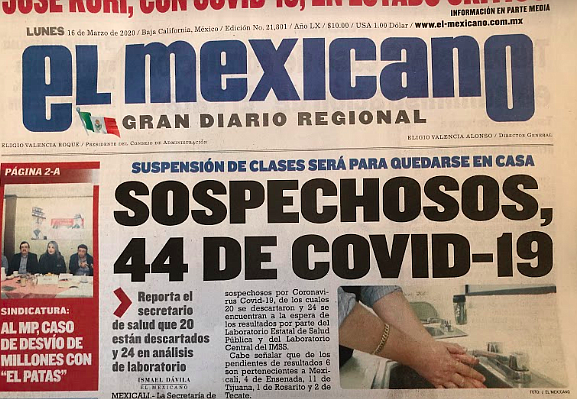 As the shelves were fully stocked, I did not concern myself with buying extra and left the store with only my breakfast ingredients.

Panic shopping spread slowly in Tijuana. News outlets reported that Americans were crossing the border to buy all the toilet paper (mainly at Costco by the border). Mexican grocery stores were quick to react and posted signs limiting buying by the bulk of certain items. 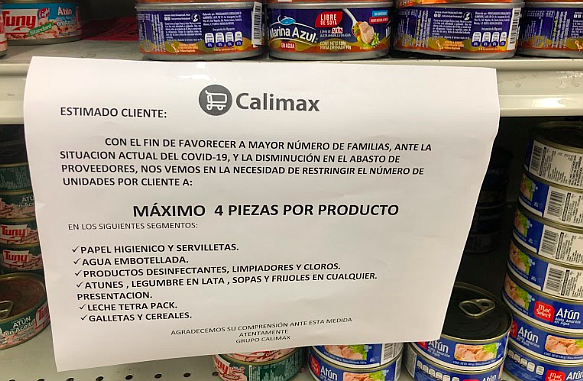 Vendors in La Línea started selling toilet paper for idling cars waiting to cross. Mexican candy shops created COVID-19 piñatas with a crude drawing of the face of a Chinese man pasted on a virus-shaped piñata. 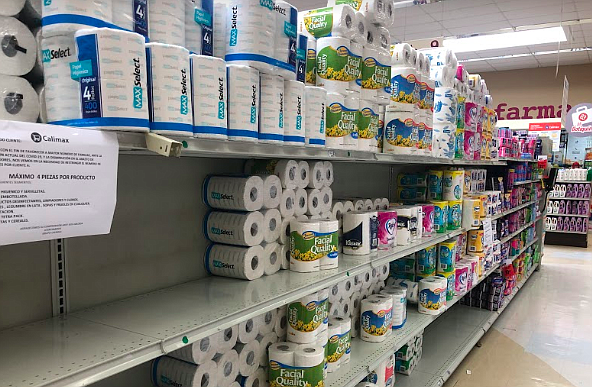 That weekend, while most people in San Diego stayed at home, Tijuana was on full blast as it usually is. I couldn’t even find a seat at my favorite two dive bars Friday or Saturday night; my new favorite taco stand was open and serving delicious greasy dirty tacos. Sunday was calm in the city, but that’s normal for downtown Tijuana.

Monday was a different story when I went to Calimax to buy my regular breakfast ingredients, they were out of eggs. Not only out of eggs, but the toilet paper aisle was empty, the canned goods and pasta aisles were almost gone. The rest of the aisles were stocked, the checkout line was a slow disaster, but that’s usual.

I got worried for a quick minute, but then I walked to the Oxxo the next block over. They were fully stocked with eggs and toilet paper. I walked around all over downtown Tijuana checking tiendas and farmacias. They all had toilet paper, but I could not find hand sanitizer or face masks. Only around five out of 100 people were wearing face masks. Tourism seemed slower, I only saw a few Americans, but the city was still as active as ever.

“We canceled our weekend events, but besides that, our stores are open,” commented the manager of a strip mall that would rather not be named. “I’m wearing my mask because my wife will kill me if I don’t, but I’m not worried. There haven’t been any reported cases of death in Mexico. Murders are more common than death by the Corona.”

The newspaper El Mexicano reported 44 cases of COVID-19. Alonso Óscar Pérez, head of the health department for the state said 20 of those cases were discarded and the other 24 were awaiting test results. There have been 371 murders in Tijuana in 2020.

Some bars and restaurants have put up notices in their social media that they are still open and that they are serving drive-by or pickup orders. The soccer league, Liga MX, officially canceled matches in all of Mexico, but big events in Mexico City like the festival Vive Latino took place.

People still shake hands, greet by kissing on the cheek, and even share cigarettes. The president of Mexico was photographed kissing an infant on the cheek over the weekend.

I went to Calimax on Tuesday morning again, all the shelves were fully stocked, but the checkout line was a disaster.

Hafene: BS. If one is stupid enough to believe this crap then you will be fleeced and no one should care. You can't fix stupid.