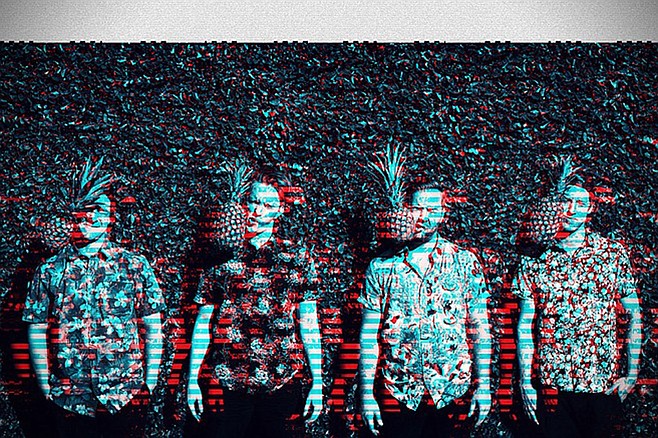 Originally based in Pacific Beach and known as Lad’s Holiday, indie-alternative group the Frets formed in late 2015 when founding members Liam Wilkes (a native of Manchester, England) and Cody Seeger met via Craigslist. Their 2016 six-song release The EP was recorded with Skyler Lutes at his Sunset Cliffs based studio, with Lutes eventually joining the band for short spell. Billing themselves as based in both San Diego and England, their Blur EP was recorded in Nashville at Dark Horse Recording and Castle Recording Studios with five time Grammy-nominated producer Billy Smiley. The bill includes psychedelic disco-punk five-piece MDRN HSTRY, who aspire to a low budget version of a Pink Floydian stage show with colorful homemade stage props, tripped out video mashups, and old TV sets. They’ll debut a new album which they describe as “Quentin Tarantino meets the Doors, with beachy elements nodding to the late Dick Dale.” Also appearing will be folky Americana band Golden Howl, acoustic rockers Coral Bells (members from Oklahoma, Boston, and Imperial Beach), and Carlsbad-based Aviator Stash. 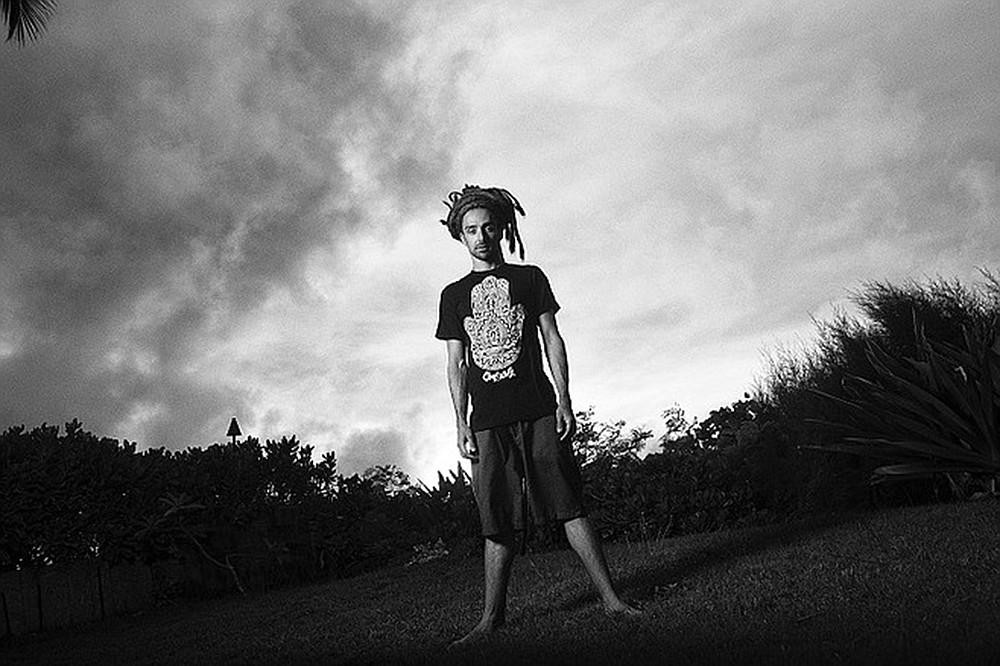 Reggae rocker E.N. Young (Tribal Seeds) has been making the solo scene since 2010, when he released his debut full-length Luck & Chance No More. A busy gig schedule, as well as producing other bands, resulted in a five year wait before a sophomore solo album, Live Love Stay Up, dropped in three formats: original, acoustic, and dub versions. Recorded at his IB Imperial Sound Recording Studio, guest players include members of fellow locals Tribal Seeds. A follow-up, Call On Me, features a live version of “Don’t Burn Bridges” from his debut record, performed with his concert band, Imperial Sound. The album’s video for “Call On Me” was shot in New York while on the nationwide Spring Harvest Tour, where Young played sets both with his band and Tribal Seeds. Another video was produced for the track “Cooyah Raggamuffin,” filmed at various live shows and locations, while the video for “Just Be” features Young back home on the shores of Imperial Beach. His most recent full-length Forest Wilderness was recorded, produced, mixed, and mastered at his IB studio, preceded by the single “Wake Up” featuring Peetah Morgan of Morgan Heritage. Other guest players include Addis Pablo, Meta & the Cornerstones, Kelissa, Half-Pint, and Roots Musician label-mate Inna Vision. 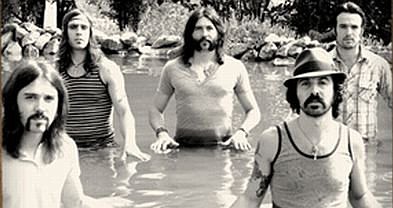 Named for a lyric in the T Rex song “Get it On (Bang a Gong),” Dirty Sweet was formed back in 2003 by former members of Convoy, Lovelight Shine, and Jenune with a yen for ‘70s style crotch rock that at the time was experiencing a shortlived revival. AJ Croce (son of famous former neighbor Jim Croce) signed them to his Seedling Records label, and in May 2005 they became the first local band to headline the Casbah for three consecutive nights. Their album Of Monarchs and Beggars was promoted by supporting Jimmy Eat World on a sold-out tour, as well as with their first overseas dates. Recognized by NME as a Band on the Rise, the group won two 2007 San Diego Music Awards, for Best Rock and Best Rock Album, and they won again for Best Rock at the 2008 SDMAs. Their 2010 album American Spiritual was produced by Doug Boehm (Elliot Smith, Screaming Trees) but after that, the band became mostly inactive, as Ryan Koontz and Mark Murino went on to co-found Crash & the Burns. They played a series of reunion gigs in 2017 and then returned to the studio for new recordings, now augmented by Uncle Joe’s Big Ol’ Driver guitarist Andrew McKeag. The bill includes Dead Feather Moon. 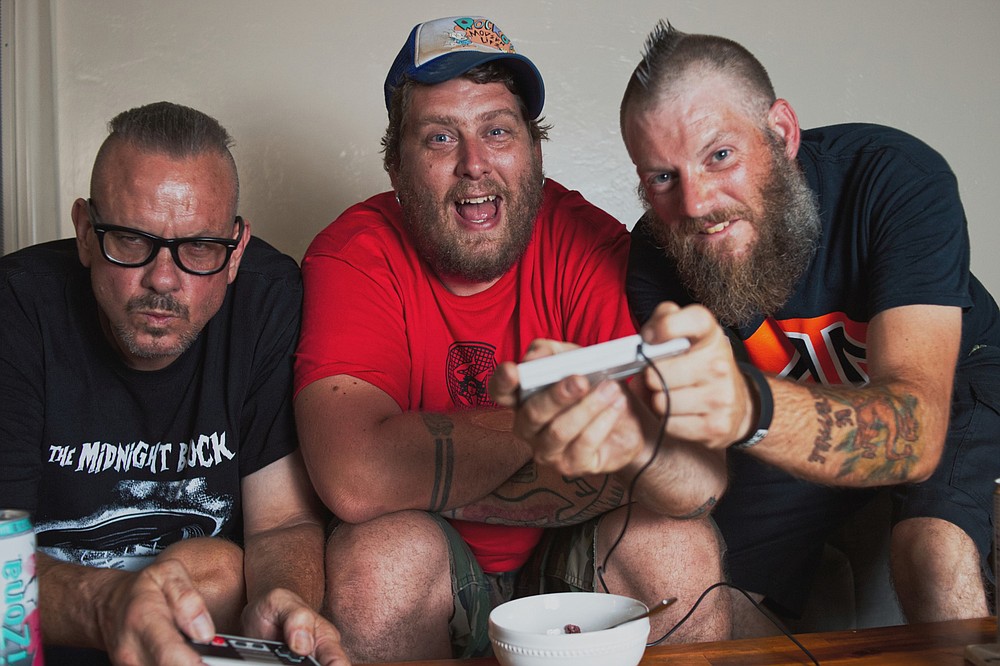 This year’s Ska/Punk BBQ features Epic 18 from Imperial, CA, as well as Rochester, Minnesota’s Fall Risk, Sideshow, and DJ Yaya Byrd spinning ska vinyl. Representing the local scene is East County’s the Danger Field, who say “We’re just three guys trying to recapture the feeling of the ‘90s SoCal punk scene.” After releasing an acoustic EP, their debut full-length The Last Of the Latchkey Kids dropped in 2016. A self-titled EP was released last April, and the band’s YouTube channel profiles their skate-flavored brand of Green Day-inspired pop-punk with clips like a lyric video for “Devil’s in the Details.” A fun – and yet kind of sad – promo for “Saturday Mourning Cartoons” depicts the openly aging punks lounging around eating Trix cereal and watching TV ‘toons in their Peter Pan playpen, while lamenting “another year of losing who I used to be, like a picture of these faded memories, remind me of the past and everything I miss, why am I feeling like this?” In a town that practically invented pop-n-fresh punk, these guys are surprisingly atop that game. The event includes an afternoon Grunge Gourmet BBQ Edition. 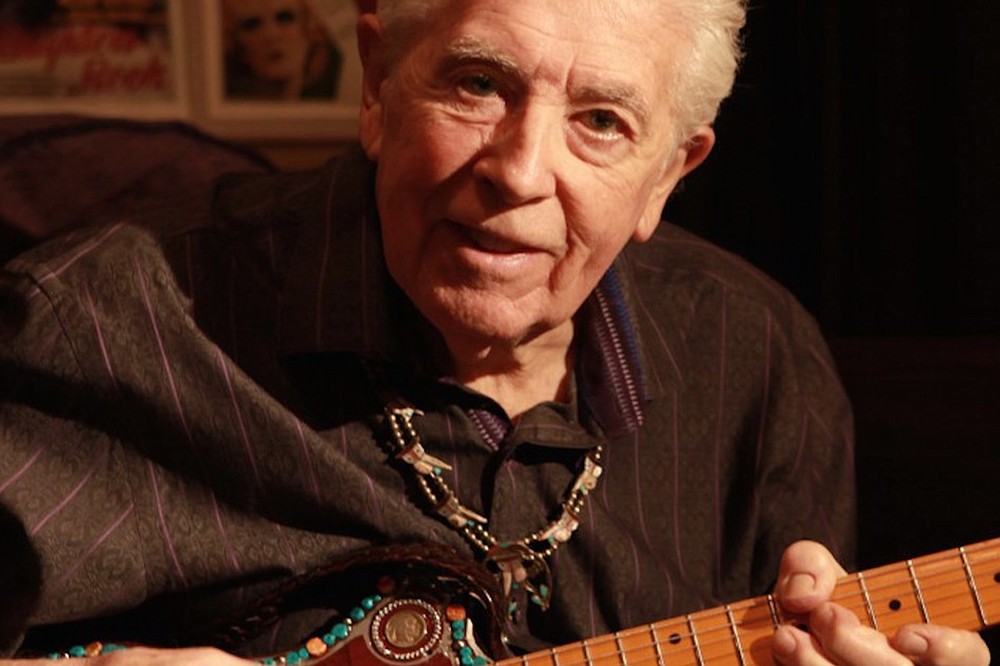 The Reader’s local concert database goes back over a dozen years, and a quick browse indicates that British blues rock pioneer John Mayall has played the Belly Up once or twice per year for as long as the paper’s website has existed, over 20 times, the majority of them marked sold out. And memory would seem to indicate that this is a longstanding tradition for the perpetually touring Mayall, whose total mileage on his never-ending road trip will likely never be surpassed unless Bob Dylan lives to be 100. Heck, I saw Mayall at the Solana Beach club back in the ‘80s, and even then it seemed like he appeared so often that the place should have a bunk bed somewhere backstage with his name on it. Of course, it’s easy to see why Mayall would want to keep returning to this northern San Diego venue; it’s top shelf as far as local clubs and neighborhoods go. But how are there still enough locals to keep filling up the joint, every single time he breezes through town? If you’ve ever been, you already know. And if you haven’t, you should.