Hillcrest antagonism part of it 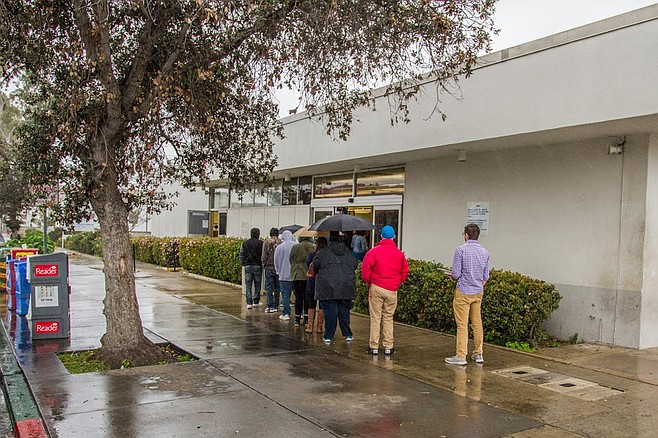 San Diego City Councilman Chris Ward contravened the wishes of some of his most vocal constituents by seeking to exchange a portion of land at the city-owned Mission Valley stadium site for 2.5 acres of state-owned land where a Department of Motor Vehicles branch has been located in Hillcrest for nearly six decades. 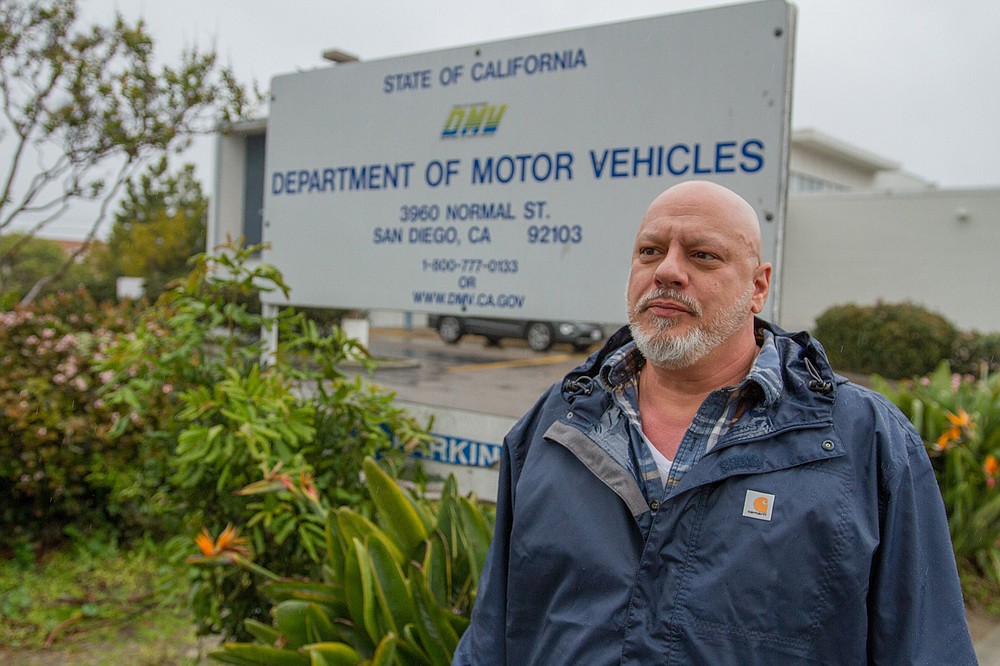 Mat Wahlstrom, founder of Rescue Hillcrest, asks, “Why isn’t Chris Ward telling his constituents... that he is proposing this deal?”

“Council member Ward is proposing a land swap with the DMV to move the DMV to the stadium area, but it is in very initial stage,” reads a March 9, 2018 note presumably composed by a San Diego Association of Governments official that was obtained from the association by a community activist through a Freedom of Information Act request.

Ward was forthright when asked about his previously unreported bid to move the Hillcrest location of California’s driver licensing and vehicle registration agency to a site outside of the uptown neighborhood. “The Hillcrest DMV site is still state property,” the councilman says. “However, my office will continue to work with our state representatives to determine the possibility of this path forward.” 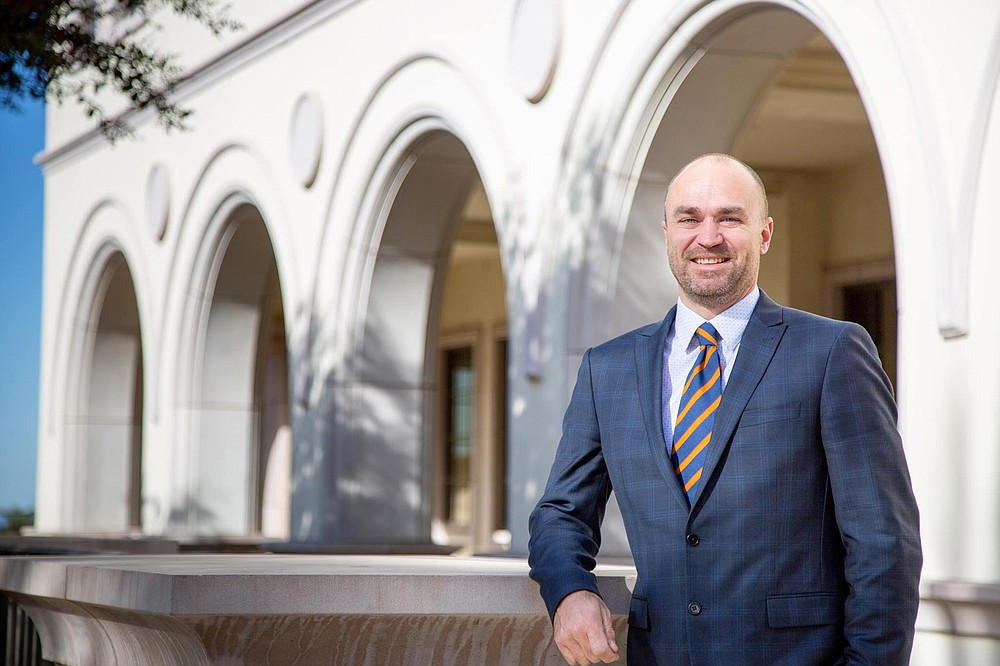 Benjamin Nicholls, of the Hillcrest Business Association, says the city ought to “actually listen to neighborhood folks.”

Officials at the Department of Motor Vehicles in Sacramento are getting used to rejection coming from Hillcrest. They were hit with unified resistance from normally antagonistic community groups when DMV architects presented a “decidedly suburban” design for the rebuild of the department’s Hillcrest branch. A year ago, Hillcrest Business Association executive director Benjamin Nicholls said, perhaps prophetically, the design “might be appropriate for Mission Valley, but not at all for the [Hillcrest] urban village.” 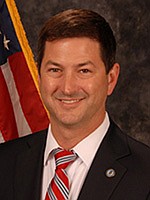 Chris Ward has been working with state officials to move the DMV out of Hillcrest.

It’s not clear which state officials Ward is working with on his property exchange vision. But he is currently running to replace 78th District State Assemblyman Todd Gloria, whose former San Diego City Council seat Ward now occupies. Should he be elected, he likely would have more success pushing his DMV project from Sacramento. Meanwhile, as the players in San Diego’s game of political musical chairs rotate, Gloria may well be sitting behind the mayor’s desk by that time.

Hillcrest Business Association’s perennial opponent in all things land-use, Mat Wahlstrom, founder of Rescue Hillcrest and a former Uptown Planners board member, was one of those normally adversarial parties who agreed with Nicholls about the DMV’s first-draft design. Wahlstrom went even further by insisting a better draft could, and perhaps should, include affordable housing. “State law, former Senator Christine Kehoe’s SB 754, which passed in 2007, specifically calls for rebuilding the Normal Street DMV as a mixed-use project with housing units,” Wahlstrom said. “We don’t want to lose parking either. Remember, that was one of the original complaints with the old DMV; they didn’t have enough parking for their current needs. Architects can be very creative if you give them a chance to design with a creative, useful purpose.”

But Wahlstrom doubts the delay in the release of a second-draft DMV design has anything to do with architects wrestling with how to include affordable housing. He’s sure it has everything to do with real estate negotiations and Chris Ward.

Meanwhile, some Hillcrest residents aren’t sure how they feel about where a local San Diego Department of Motor Vehicles branch should be located.

“Well, in some ways — at least when you absolutely just can’t get out of going, when you have to go to the DMV — it’s nice to have it right here in the ’hood,” Hillcrest resident Laura Harris-Hernandez says. “But, honestly, I hardly ever go there, and it seems like it’s just a lot of people lined up on the sidewalk who leave their gum and their cigarette butts on the sidewalk,” she continues. “I think I’d like to see it moved to Mission Valley.”

Harris-Hernandez, 59, says the situation reminds her of a bit of family history she refers to as “the Horton Plaza experience.” She says her wife’s family was displaced decades ago by the acquisition of property downtown when she was a child. “I think they got money, but they had to move, and it wasn’t what they wanted. They were happy where they were.”

For Wahlstrom, what complicates matters today is what he sees as “back-door dealing.” “Why isn’t Chris Ward telling his constituents in the light of day that he’s proposing this idea behind closed doors with SANDAG and the DMV?” he asks. “Why is he instead working furtively on a deal to wrest control of state-owned land to — I have no doubt — sell to a developer for an amazing price, who’ll then make a high profit by building more of just what we don’t need: unaffordable housing for wealthy people who don’t already live in Hillcrest?”

Wahlstrom, who filed the Freedom of Information Act request which revealed Ward’s dealings, says anyone who claims that the push to move the Department of Motor Vehicles office out of Hillcrest began with community rejection of the first-draft design misses the fact that Councilman Ward was already engaged in talks centered on relocating the DMV several months before the design was released.

The Hillcrest Business Association has its own reasons for discontent with how the Normal Street project has unfolded of late, says Nicholls. One is the fact that the design SANDAG has come up with is essentially a fixed, linear park that runs the length of what is now a drivable street that’s easily converted to his organization’s weekly farmer’s market. The other concern is lack of certainty about the creation of a maintenance assessment district that his group would administer.

“We’ve been pretty consistent with our messages that unless the promenade was designed in a way that was easy to program and easy to maintain, Hillcrest Business Association wouldn’t support it,” Nicholls says. “If the city wants us to be involved in the management of the promenade, we have to be included in the design of the project. Showing us what they’ve designed isn’t good enough.”

Nicholls says representatives from City Hall need to “actually listen to neighborhood folks. We want to make sure that this space is designed well and concerns of the local businesses and residents are addressed.”

The entire Hillcrest DMV site should be turned into a major community park. Its the ONLY time a site of this scale will ever be available. There are infill locations for housing to be built, they don't need to be the scale of this site. A park in that location is needed. Parking funds from the Uptown/Hillcrest parking meter account can build underground parking below. Clearly the conflicts over the Normal Street Promenade is that it is trying to be too much, because the community needs many kinds of open space in the heart of Hillcrest, especially as housing density is added. A park of that scale will alleviate the over use of the West Mesa of Balboa Park.

Great idea! If built the homeless will have a new place to go.

CORRECTION to article: The information obtained for this article could NOT have been obtained under FOIA (Freedom Of Information Act) as it pertains ONLY to Federal documents. In California, one files a request via the California Public Records Act (CPRA). These are two separate laws.

Maybe the DMV can move to MV near the stadium site. Maybe Squirmin Scott Sherman can somehow get involved, and get the state to put up money to build the Fenton Parkway bridge.