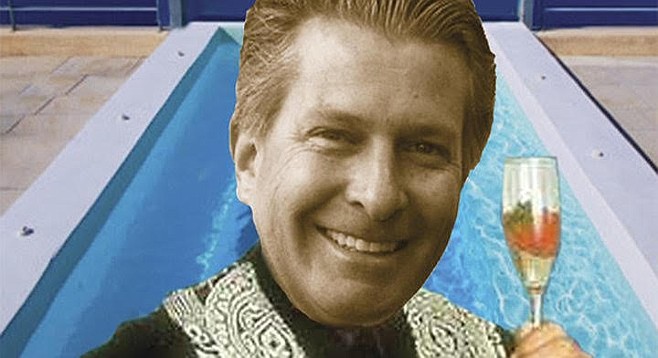 Proprietors of a right-leaning San Diego cable news operation that has the eyes of President Donald Trump may be about to cash out in a big way, thanks to a takeover attempt by a group of well-heeled MAGA fans, the Wall Street Journal reports. 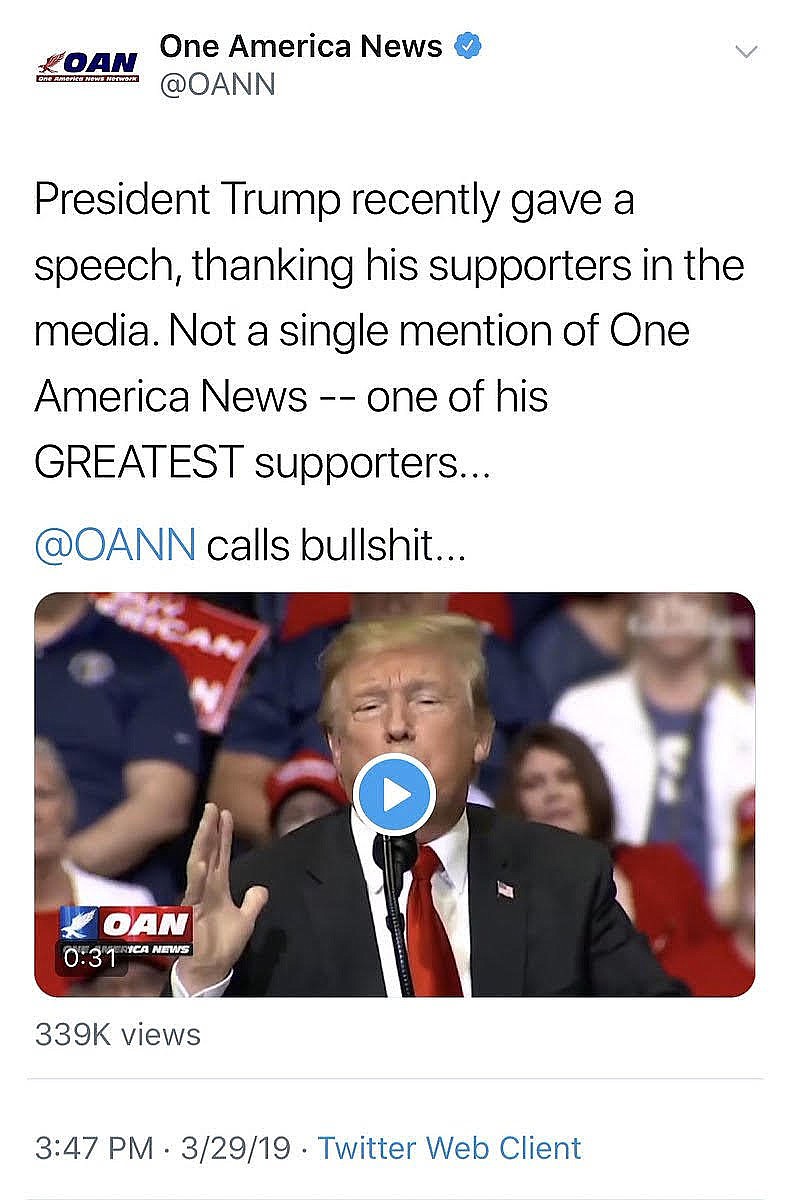 Put together by Robert Herring Sr. and run by his son Charles, One America is seen by Trump and his backers as a more stalwart conservative alternative to Fox News.

A close friend of Donald Trump, Jr., Hicks is a longtime Trump donor and co-chairman of the Republican National Committee. But Hicks partner Rick Newman insisted that the deal was not political.

"Over the last 25 years, we have been active media investors. Any interest in OANN is from a purely business standpoint," said Newman to the Journal.

An email sent to the newspaper by the younger Herring suggested the San Diego owners may be playing hard to get.

"With the 2020 political season in full swing, expressed interest is on the rise," he was quoted as writing. "Yet our family didn't build our operations to sell it."

One America wasn't always at the center of Trump's world. In May 2019, the network complained via Twitter that the president hadn't mentioned it in a Grand Rapids, Michigan speech during which he lavished praise on Fox News.

"President Trump recently gave a speech thanking his supporters in the media. Not a single mention of One America News--one of his GREATEST [email protected] calls bullshit," said the tweet, as reported by Vox.com.

Among those confirming intentions to join the current bid for One America is Doug Deason, affiliated with Charles and the late David Koch, donor to San Diego mayor Kevin Faulconer's One San Diego non-profit, and criminal justice reform advocate.

"Like many 17-year-olds, I did something stupid. It was 1979, and I threw a party at the home of neighbors while they were out of town. (Their son had given me a key.) The party got out of hand, ultimately getting the attention of the police. I was charged with felony burglary," wrote Deason in a 2015 New York Times opinion piece.

"I ultimately pleaded guilty to a misdemeanor criminal trespass charge — a significant step down from felony burglary. My punishment included a six-month probationary sentence and a fine. When my probation was complete, my youthful indiscretion was expunged from my record. I was given a second chance."

The Dallas billionaire subsequently forked over $3284 to San Diego lobbyist Matthew Peterson to ease the construction of his sprawling baroque remodel past city regulators.

Huh? "Like many 17-year-olds, I did something stupid…" What does this have to do with anything? Criminal justice reform? Does that mean that he believes that it was wrong to let him off easy?

And still I don't understand what it has to do with all the big money and influence being discussed. But it is interesting to see the conservative 1% sharing the wealth and brainwashing the ignorant while the rest of us clip grocery coupons.

Swell, I think you've got the idea: it's just not strictly linear. The story about teen-age partying, an indictment and conviction and subsequent soft treatment of a rich white kid by law enforcement is just one colorful anecdote to illustrate the intricate web of connected one-percenters who are living large, making business deals and trading properties all across our great country. Vote for Bernie in March.

Just what our already super-polluted nation needs, another Neo-Nazi propaganda cesspool from the Koch Brothers. They are pure evil.

Actually, it is Koch brother. David Koch is dead.

And David Koch obviously couldn't figure out a loophole to take his $billions with him to the great beyond.