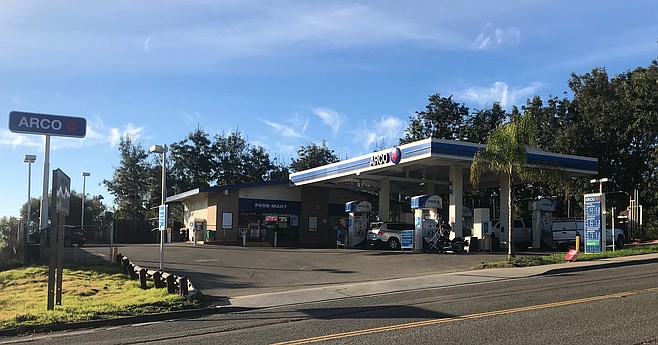 A popular Midwest brand of convenience stores and gas stations is quickly making a play into the competitive San Diego County market.

As of last week, a seventh location, the ARCO off I-5 in Cardiff by the Sea, has started making the conversion, but the location has yet to be posted on the company’s website.

Customers at this new Speedway location, for the time being, now have to use two debit card terminals, one for gas, and one for convenience store items. An employee explained ARCO still has the gas contract at the Cardiff location until May 2020, so the conversion of station; new pump facades and signage, may take a while unless the contract can be bought out by Speedway.

“But when it’s a Speedway, we’ll take credit cards,” said the employee referring to ARCO’s acceptance of only debit cards (plus ARCO adds a 35-cent surcharge to the debit charge).

The conversion of the gas stations may just be a corporate “shell” game, perhaps to increase Speedway brand recognition in Southern California. Speedway is a subsidiary of Marathon Petroleum Oil, which also owns ARCO and USA branded stations. Marathon also owns one of the main gas refineries supplying Southern California – the Tesoro refinery in Torrance, which refines the same quality gas, but sold under the ARCO, Shell, ExxonMobil, and USA brands.

Speedway also acquired a location in Century City in Los Angles, and Ventura. It had no locations in Southern California until now. Their closest locations were in Yuma, AZ.

Starting an aggressive acquisition campaign in 2012 with the purchase of smaller chains in the east, Speedway has now become the second largest gas retailer in the U.S., with 4,000 stations in 32 states.

Efforts to reach spokespersons for Speedway and Marathon Oil were unsuccessful. It remains to be seen how Speedway will price themselves in San Diego, where the range of pricing between branded and independent stations can be as high as an 80 cents-a-gallon differential in the same neighborhood.

In Encinitas, the Cardiff Arco has always been the second lowest priced station of the city’s 15 other competitors.

It's that intense competition here that keeps gas prices low. No doubt Speedway wants to bring those prices even lower! We're so lucky to have energy, water, cellular, cable TV and internet utilities that keep prices reasonable. These big corporations really care for us.

There are still people that think that brand name gas is better than off brand. All gas comes to the Mission Valley "tank farm" via a pipeline. The gas is then distributed by tanker trucks. Some of the trucks are "branded" but are carrying the same gas that the unbranded trucks carry. The only difference is that branded gas is priced higher.