Is it possible to love a vegetable as much as a fish? 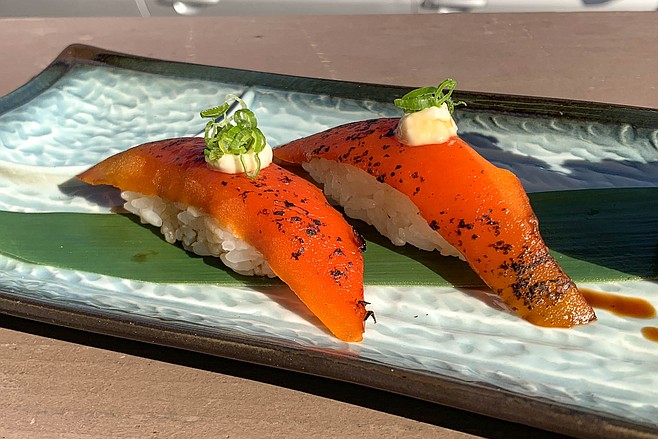 “This is the kind of place you take your non-vegan friend,” says a woman to her friend as they walk out of Now Sushi, a Mission Beach eatery that makes sushi without the fish. Entirely plant based.

I’m just walking in, just Now catching on. Vegan sushi seems rearin’ to have a moment in San Diego in 2020, so I couldn’t put off checking out this spot that’s been holding it down almost a year already.

Do I sound skeptical? Sure. It’s only fair to acknowledge that voice in the back of the head, whispering, “If sushi doesn’t have raw fish, what’s the point?” 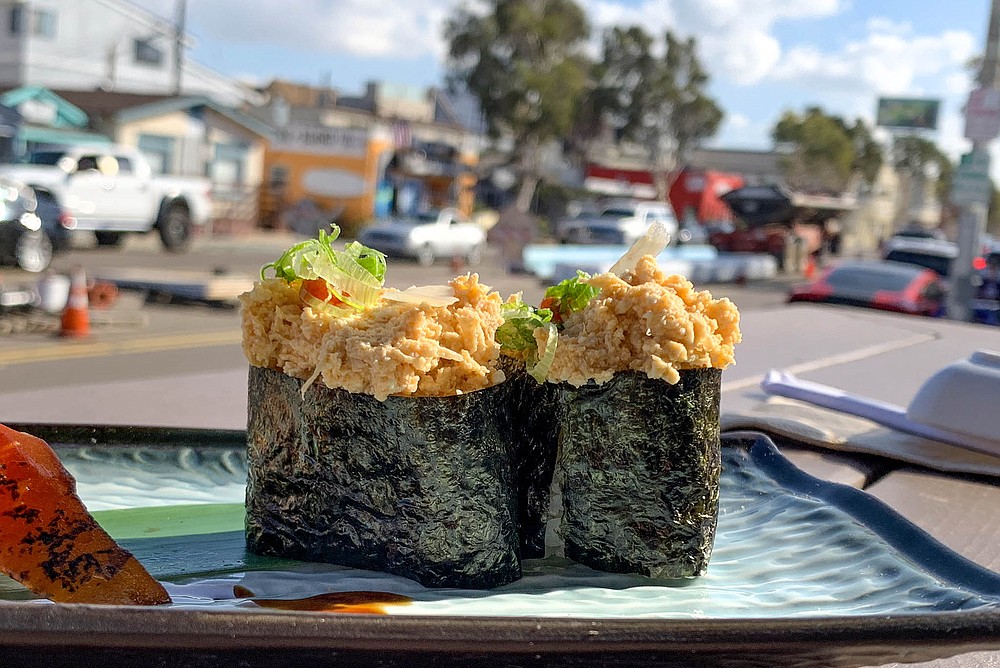 The answer comes to me in the first set of vegan nigiri Now sent out. The point, at least in part, is the rice. This is where we push up our nerd glasses and remind ourselves the word sushi isn’t talking about fish, it’s referring to the vinegar rice holding those rolls together. Sushi is just a way to eat raw fish.

But it doesn’t only taste good with fish. A good slice of red bell pepper nigiri, marinated and then blistered with a torch — that can taste pretty great with sushi rice too. Or a soy based “spicy tuna,” where the spicy mayo substitute and seaweed invoke just enough ocean, with maybe a hit of shiso to make it interesting. 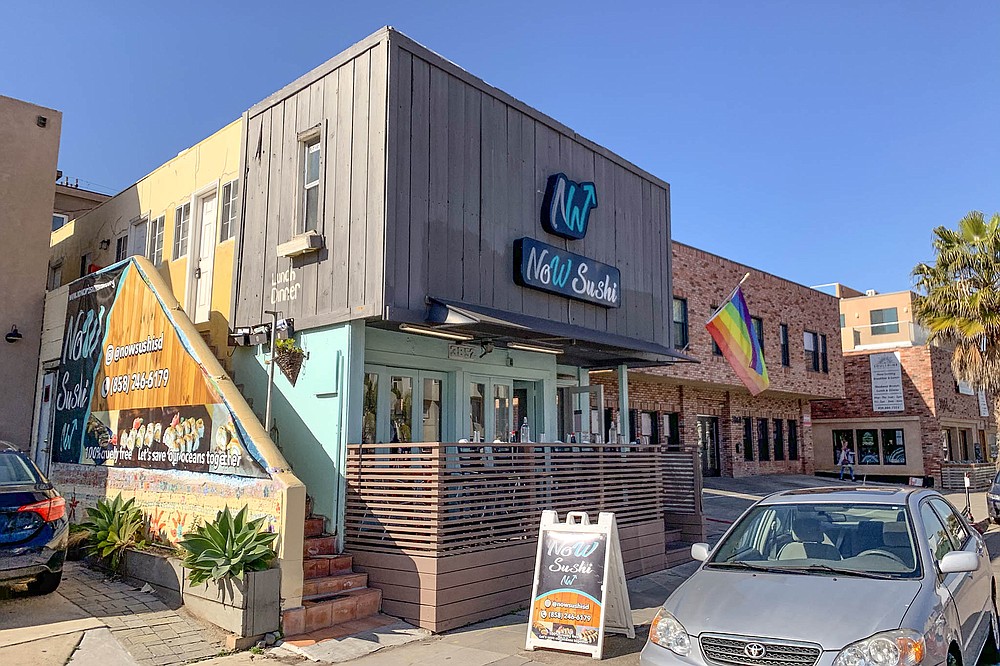 I’m less into the prices: $5.50 for two nigiri, rolls (including gluten free) in the $12-16 range. To be fair, that’s pretty much in line with conventional sushi prices. But that re-invites the comparison. As tasty as it was, the slice of bell pepper on a pat of vinegar rice didn’t seem like it should cost the same as a slice of buttery salmon down the street.

The cognitive dissonance is less noticeable when sticking to the rolls, which are substantial and beg to be shared. When there’s more going on, the switch is less obvious, such as a sort of caterpillar roll where the eel has been swapped for mushroom. 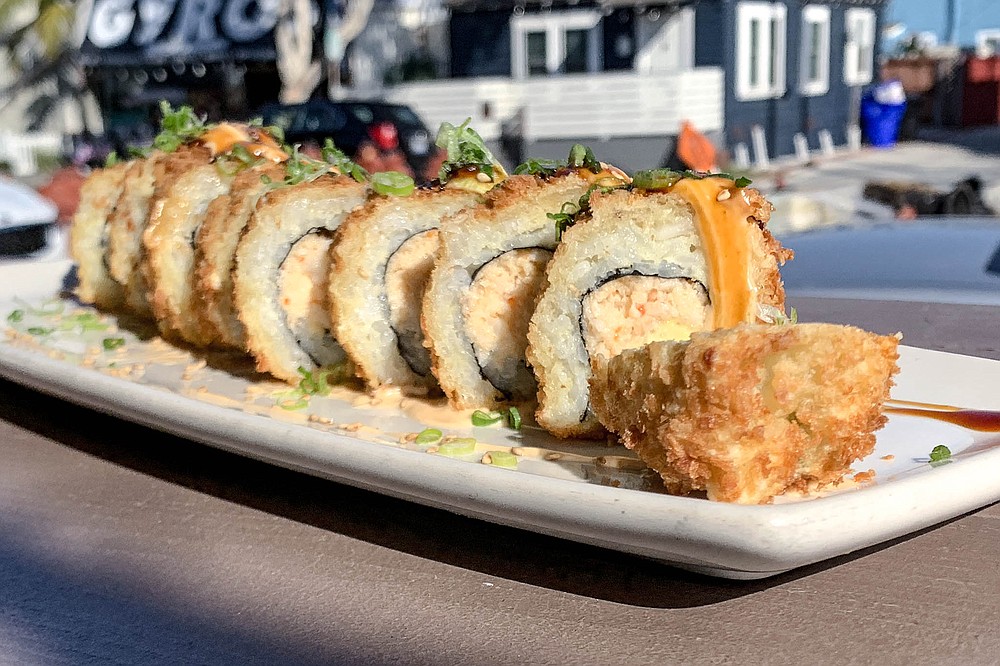 There’s room for special roll tropes including fried panko crunch, rich sauces, and rolls that are tempura-fried. Take the restaurant’s most popular, the Barbosa roll: a vegan California roll fried in tempura batter and topped with both eel sauce and spicy mayo. With that much going on, there nothing left to complain about.

The vinegar rice ties it all together, the soy sauce and wasabi sitting there when I need it. And I find myself keenly curious about what interesting turns the next vegan roll could bring, and the next one. Just like every good sushi restaurant.

It’s the kind of place I want to bring my vegan friends.