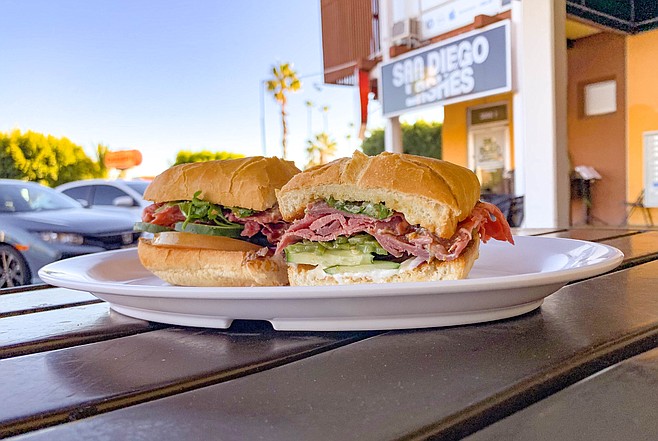 “Established in 1974 in the neighborhood of Clairemont,” is the first thing that stands about Sandwich Emporium. That makes it about 45 years old, which would have to put it not far down any list of the city’s oldest sandwich counters. As if to punctuate the scene, as I approach the shop, I see a teen with long, surf-blond hair and a tie dye sweatshirt parks his bicycle in front of the shop. Some things don’t change.

Some things do. Ownership has changed, since ’74, and I take it the place has changed locations, while opening up a few new ones over the years, in Rancho Peñasquitos, Mira Mesa, and Escondido. But as I search the internet to find all this out, I notice a second thing about Sandwich Emporium: you can order online. 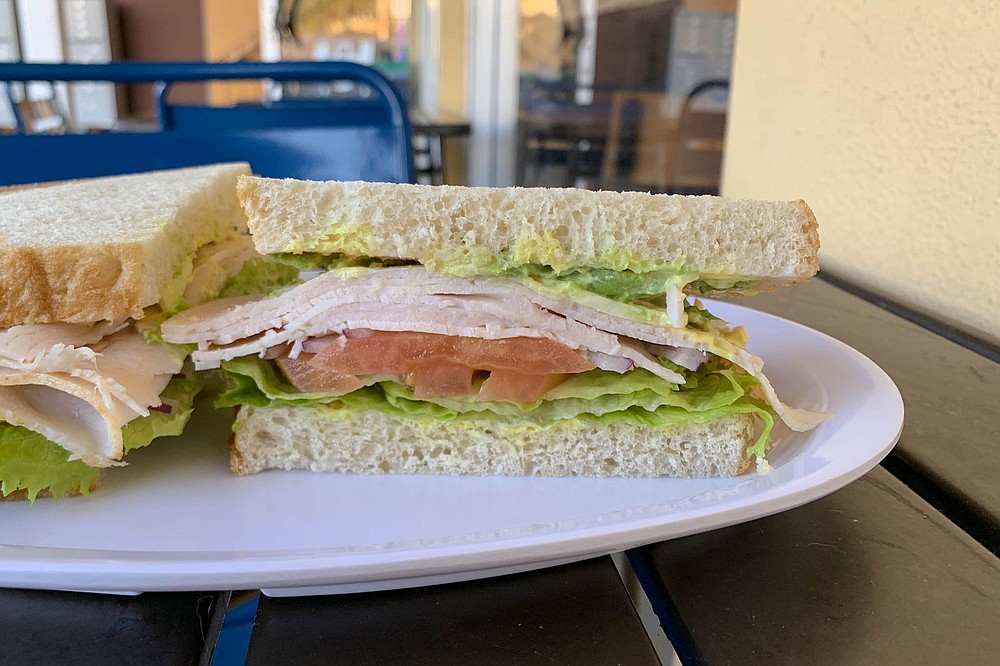 That has become the norm, of course. It’s just not the first thing the mind rushes to associate with a 45-year-old restaurant. At some recent point during the place’s decades long history, a decision was made to modernize, to establish a photogenic web presence that links to Pinterest, Instagram, and Twitter. That accepts online pick-up orders, and links to four separate third-party delivery apps. It’s a story that must have been playing itself out all over the nation as small shops and chains have had to adapt to our online lifestyles. 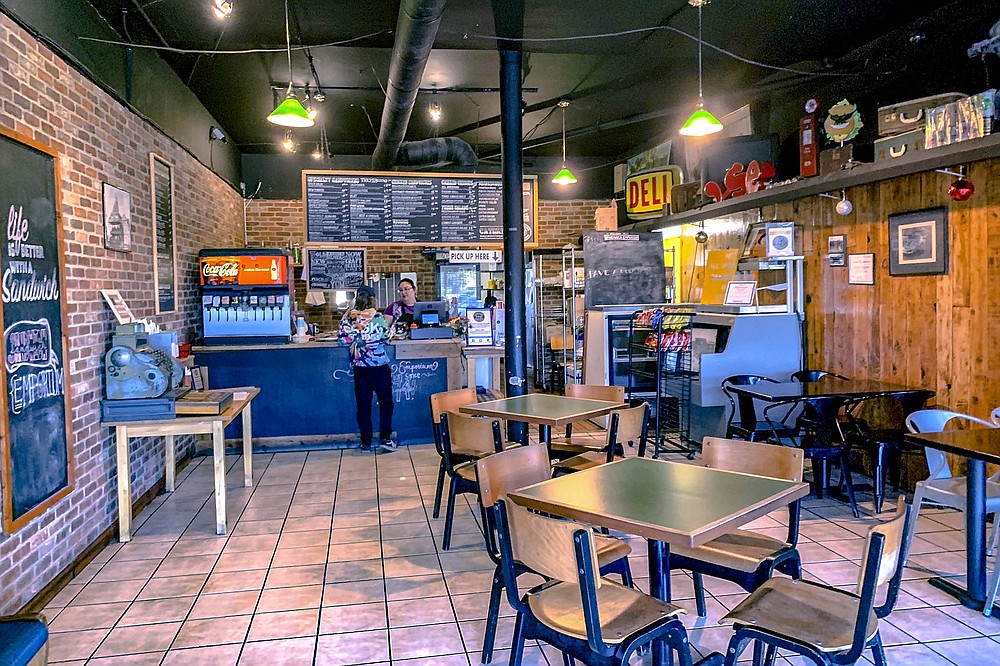 A sandwich counter in Clairemont

At the counter, a photo sign advertises the Pho’Wich, “inspired by a bowl of pho” for $8.99. This takes the Emporium’s signature, roasted in house beef, and sets it on a buttered garlic roll with toppings said to include basil, pickled jalapeño, cucumbers, and hoisin mayo. The mainstream popularity of phở is something else I’m pretty sure Sandwich Emporium didn’t see coming, back in 1974. 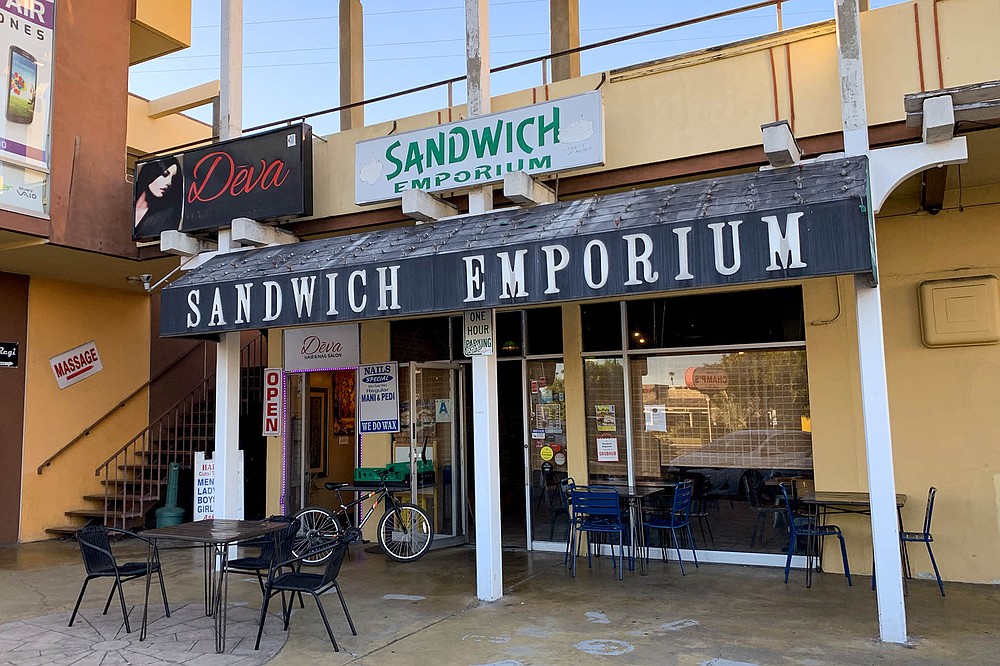 A sandwich shop in Clairemont

I can kind of see where they’re going with the phở idea, with the rare beef, fresh herb, and the addition of hoisin lending a little five-spice feel. But mine definitely felt a little closer to bánh mì, particularly because they subbed cilantro for that basil. The shop does a similar bánh mì styled sub with turkey, calling it the Saigon grinder.

To contrast, I order a more traditional So Cal sandwich, the California: roast turkey, provolone, and avocado on slices of sourdough. Now this looks like an old fashioned sandwich, with yellow mustard smears at the cut edges of rectangular bread. It’s a fine sandwich, but not nearly as fun or photogenic as the Pho’wich. I guess our expectations have changed, too, since ’74.