The Mt. Helix of William Gross and Ed Fletcher 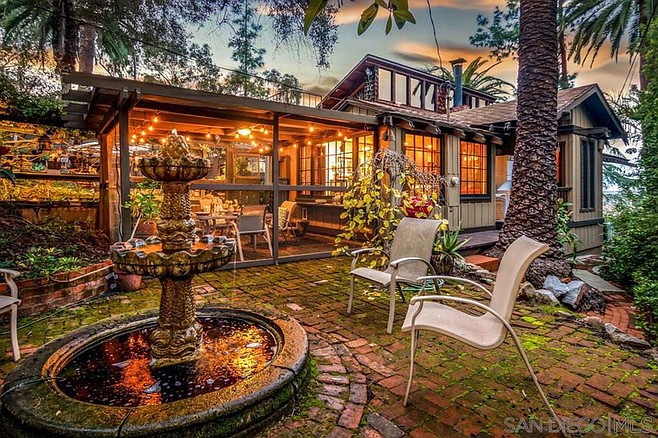 In the late nineteenth century, artists of all stripes began abandoning big cities in favor of countryside “art colonies” where they could live alongside and collaborate with their peers. While these villages tended to crop up on the outskirts of major European cities, in 1902 a transplanted Pennsylvanian actor and theatrical producer named William Gross sought to create a similar community on Mt. Helix in La Mesa.

During a tour of Yellowstone National Park the year prior Gross met Ed Fletcher, another East Coast transplant who’d settled in Lemon Grove as a produce salesman. The pair decided to form a real estate partnership and purchased an old farmhouse and 40 acres of land out of foreclosure for $11,500; this would be the beginning of the Grossmont subdivision on the northern slope of Helix.

Derided by local papers as “Fletcher’s Folly” due to the steep, rocky and generally inhospitable terrain believed impossible to develop, it took nearly a decade for El Granito, the first narrow road up the side of the mountain, to open to the public.

One of the first homes on the mountain was Gross’ own, built in 1912 and sited at 9633 El Granito. Listing materials retrieved from Realtor.com describe it as “a breathtaking historically designated landmark retreat.”

The “one-of-a-kind Mt. Helix compound nestled on nearly an acre of majestic trees and palms, winding walkways, enchanted gardens and multiple outdoor seating areas” is actually a collection of four buildings spread across two parcels of land. The main residence is a “warm and inviting” two-bedroom, two-bath structure with a loft and “Craftsman-style influence.” Other buildings include a guest cottage, an artist space “perfect for pottery, painting or meditation,” and a “fabulous music studio/yoga/work loft with spectacular panoramic views.” 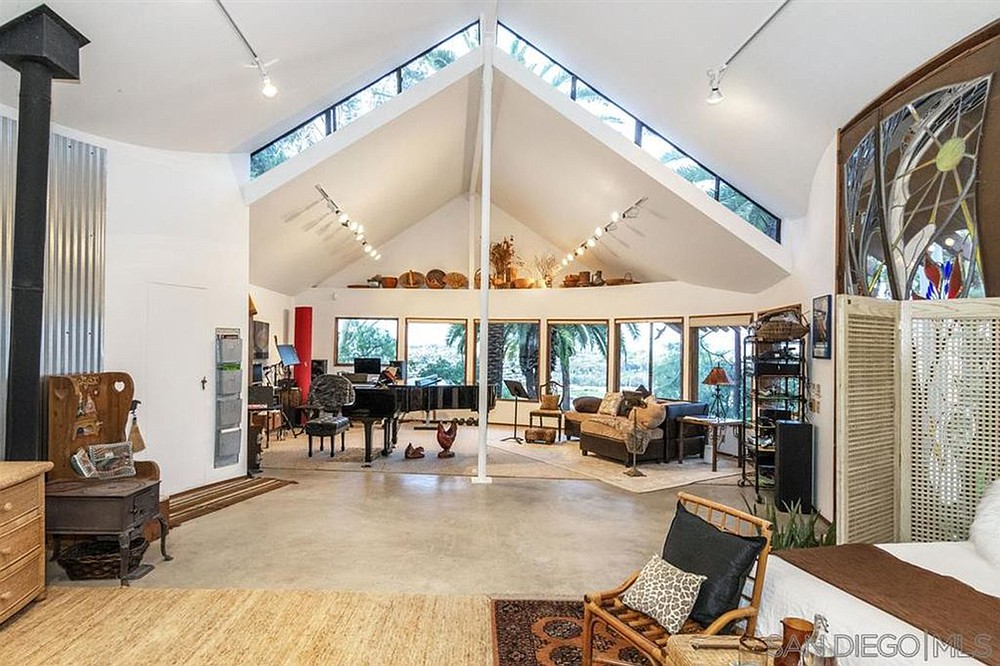 Combined, the dwellings include four bedrooms and baths spread across approximately 3200 square feet of indoor space, Features such as exposed beam inlaid wood ceilings and a spiral staircase made of solid walnut leading to the loft hearken to the artistic inclinations of the neighborhood’s earliest residents.

Outside, the grounds are thoroughly manicured and decorated with artifacts found around the site, incorporating the many granite boulders that detractors thought would be the downfall of Gross and Fletcher’s ambitions. Also included are a covered outdoor dining area and a private spa off the main residence.

By the time El Granito was open, lots in the Grossmont subdivision were selling for $2500 an acre, a hefty premium over their investment a decade prior. Gross was successful in attracting a variety of artists, poets, and singers to his new community. Famous residents would grow to include author Owen Wister, whose novel The Virginian would lend names to new streets being carved into the hillside, and Madame Ernestine Schumann Heinck, the opera singer who would go on to entertain troops abroad and raise millions of dollars in war bonds during World War I. Horticulturist Kate Sessions helped lay out the neighborhood’s landscape design and planted trees throughout the area.

Gross and Fletcher’s partnership would continue for years and spurred real estate investment from East County to Del Mar; Fletcher himself would later find himself a member of California’s state senate, and memorialized in name for his development of Fletcher Hills on the west side of El Cajon.

Due to the historical designation of the Gross House, it enjoys a significant property tax advantage: current owners pay just over $2700 in annual property taxes, less than ten percent of rates typical for an estate valued today at over a million dollars.

That's an unusual area of the county for sure. Some years ago we had a family member who bought a house in that "Grossmont Colony" area. It was quite a house, hugging the hillside, with the main feature of the living room being a huge boulder. They really liked the place, but after a decade or so, decided to move on to digs that were more conventional. Thanks for explaining where the "Gross" in Grossmont originated. Some of the local San Diego County history is really fascinating.

There was a movie studio in the area as well, way back in the day. And a writer's colony as well. Owen Wister, author of The Virginian: otherwise titled The Virginian: A Horseman of the Plains) wrote there. I lived on Virginian Lane. Off of Wister.