All the ways to get around the ban 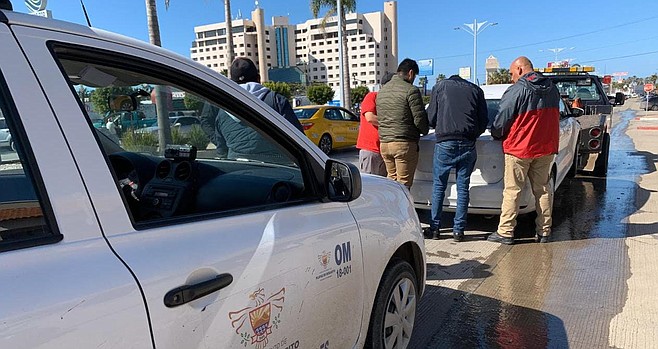 On February 12, American spring breakers grew concerned about a photo posted on Facebook by Jose Martinez. The photo depicts an "Uber vehicle" getting towed, with an official Playas de Rosarito vehicle bearing the name Transportes Municipales — on the forefront of the photo.

Martinez's caption translates to:"Hard hand (iron fist) against Uber as the suitcases (remained inside the vehicle) in #Rosarito and the tourists were dropped off ..." 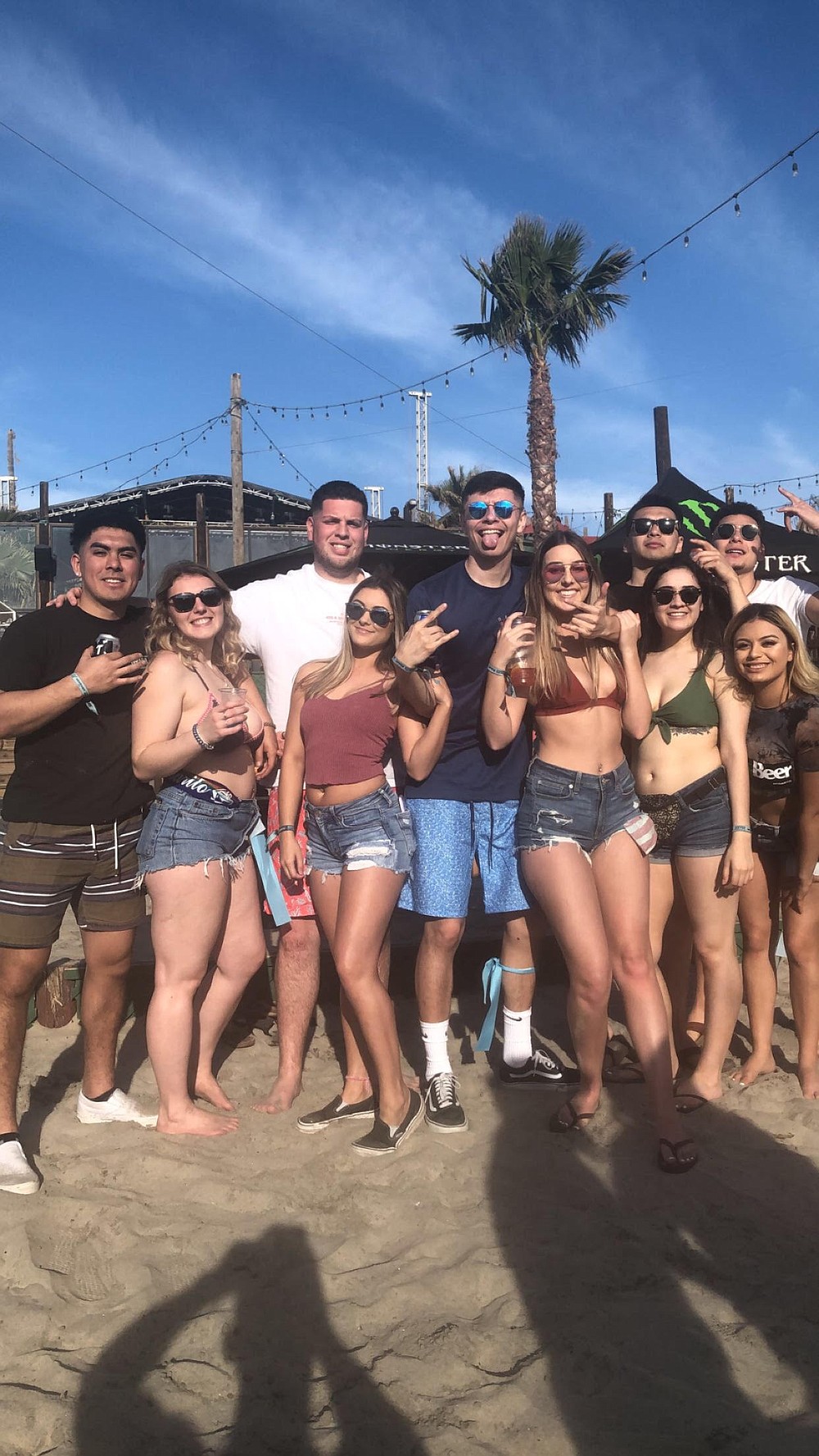 Haley (third female from right): "We drove ourselves across the border and used taxis."

"Martinez is a reporter for Canal 73 CNR here," Diego Knight said, "the city of Rosarito prohibited Uber drivers to operate here in October of last year."

Knight is an American that now lives in Rosarito. He's an Infonort news reporter that covers restaurants and concerts that happen along the beach city that's about 20 miles south of the San Ysidro/Tijuana border.

"So bro, what options do the 2020 spring breakers have besides driving in?" I asked Knight.

"Driving for Uber is still legal in Tijuana," he responded, "but the drivers and their passengers take a risk when coming into Rosarito."

The tourists depicted in the aforementioned photo reportedly lost their luggages when the Uber vehicle was towed and then impounded.

"And you, what do you take from the border?" I asked.

The Baja Plus terminal is about 1.25 miles south of the San Ysidro/Tijuana border.

"I'm an Uber [driver here and] I give two fucks what the law says," said NC on a Facebook forum."

"Me too," responded another Uber driver, "taxis have awful service and beat up cars; besides the [passenger] doesn't know who the driver is, or if there are good or bad reviews on him/her."

"Right now we are only allowed to drive vehicles that are 2013 or newer," Oscar Sanchez said to me on Feb. 15.

"Approximately, how much did/does Uber charge to go from the border at San Ysidro, to Rosarito?" I asked Sanchez. "In 2018-2019, a trip from the Sentri box at the border to Rosarito, would cost about 150 pesos (about $8 USD); now it's probably more."

"Did you get any tips on top of that?" I asked Oscar; "no, never," he responded.

"So why'd they ban Uber in Rosarito?" I asked him.

"The person in charge of roads and transport, and the municipal president of Rosarito, are the owners of many of the local taxis cabs," he responded.

Haley, 23, and her schoolmates from Fresno State University are planning a trip to see Lil Baby perform at Papas & Beer on March 11; she saw the photo of the Uber driver and the tourists, but wasn't fazed.

"When staying at our AirBnb last year, we drove ourselves across the border and used taxis since it was a a little further from the main attractions," she said to me today (February 17), "and since we were in larger groups we would get a large taxi that would hold ten people and it would only come out to a couple dollars per person."

Roberto is an Uber driver that can't wait for the spring breakers next month.

"If you get caught [driving for Uber] in Rosarito: you get your car towed, you pay the ticket, and [supposedly] Uber reimburses the money you have to pay, like 10K in pesos ($540 USD) — and you get to continue working," Roberto said. "Uber is illegal [in Rosarito] but the service is still being provided; I guess that makes us Uber drivers bad boys, bad boys."