Can you stomach the head at De Cabeza?

Former Texcoco location savors every part of a cow’s noggin 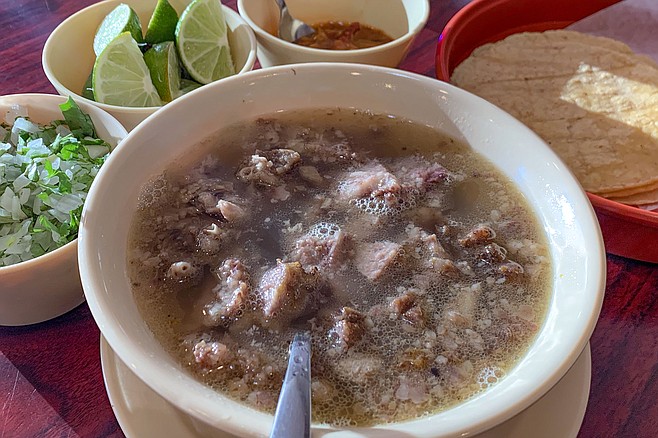 When Chula Vista’s longtime lamb barbacoa favorite, Aqui Es Texcoco, moved into bigger digs up the street last year, the folks behind it held on to its 1043 Broadway location to focus on a different animal: cow. However, while Texcoco is known for pit roasting the entire lamb and serving every bit of meat in its assorted tacos and plates, its replacement turns its focus to a single part of the cow: the head.

De Cabeza specializes in cooking “cabeza de res en su jugo,” that is, simmering the entire cow head in its own juices, so virtually every bit of flesh, fat, and collagen falls off the bone and into a greasy stew of meat and frothy, aromatic beef stock. Whereas the lamb barbacoa adopts the traditions of Mexico City adjacent Texcoco, De Cabeza cooks in the style of two other Mexican states: Sinaloa, and its cattle producing neighbor Sonora, both of which reside on the opposite shore of the Gulf of California from Baja.

Devoted taco fans will know that when you see cabeza on a menu, it generally entails the cow’s cheeks: the flavor-rich yet tough face meat that becomes unctuous and tender when slow-cooked. To order that here, because meat from the entire cabeza is used, you must specify cachete (literally cheek). As at Aqui Es Texcoco, you may order tacos featuring these and other specific parts: maciza (head meat), lengua (tongue), ojos (eyes), and sesos (brains). 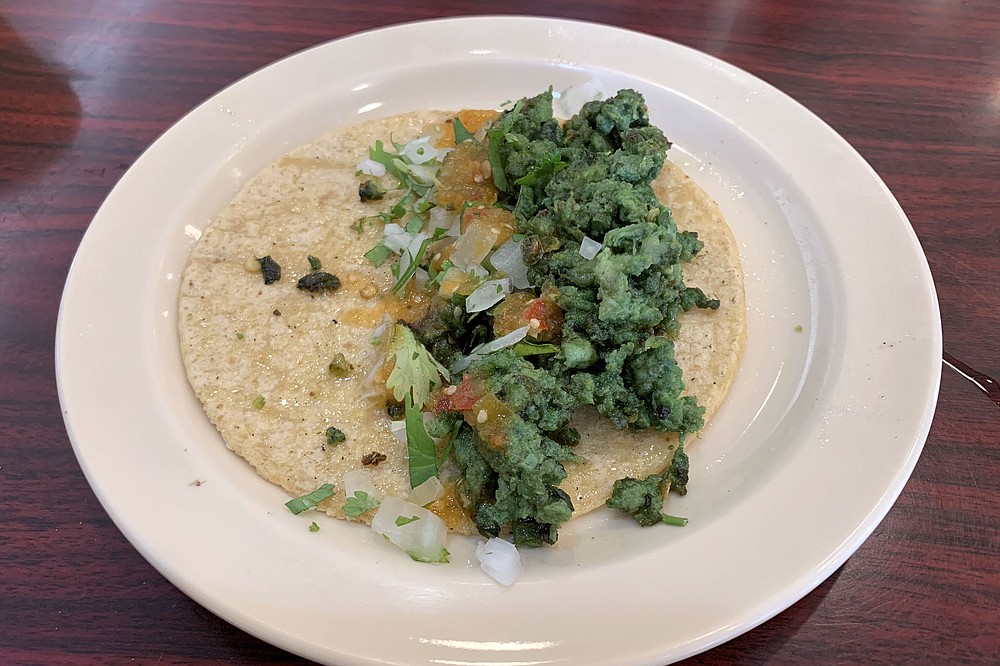 However tasty, at least a couple of those options will be terrifying to the American palate. If that’s the case, start with the cheeks and head meat to discover why trimmings off the cow’s head are considered a delicacy (including the cow’s fatty palate, by the way). If you’re feeling adventurous but afraid to commit to an entire brain taco of eye or brains, for example, opt for the taco surtido, or mixed taco, which chops up and wraps all of the above in a corn tortilla, so you can appreciate all the delectable morsels of fragrant, fatty, or tender meat without dwelling on the identity of any particular texture. Or, as recommended to me by the shop’s new owner (an eleven-year employee of Aqui Es Texcoco), you can bypass any trepidation by simply sticking to one of the $2.50 tacos: carne asada, al pastor, or the terrifically spicy green chorizo.

It pains me to admit, but eyes and brains do still make me uncomfortable on their own, so I tried to hide them in this fashion when ordering De Cabeza’s primary entrée. Texcoco serves one-third and half-pound plates of mixed barbacoa meat, served with corn tortillas, and the usual taco fixins of diced onions, cilantro, salsa, and limes. De Cabeza does the same thing, except the different style of cooking means it serves serves one-third and half-pound bowls of cabeza, so it may contain that complex and savory stock. 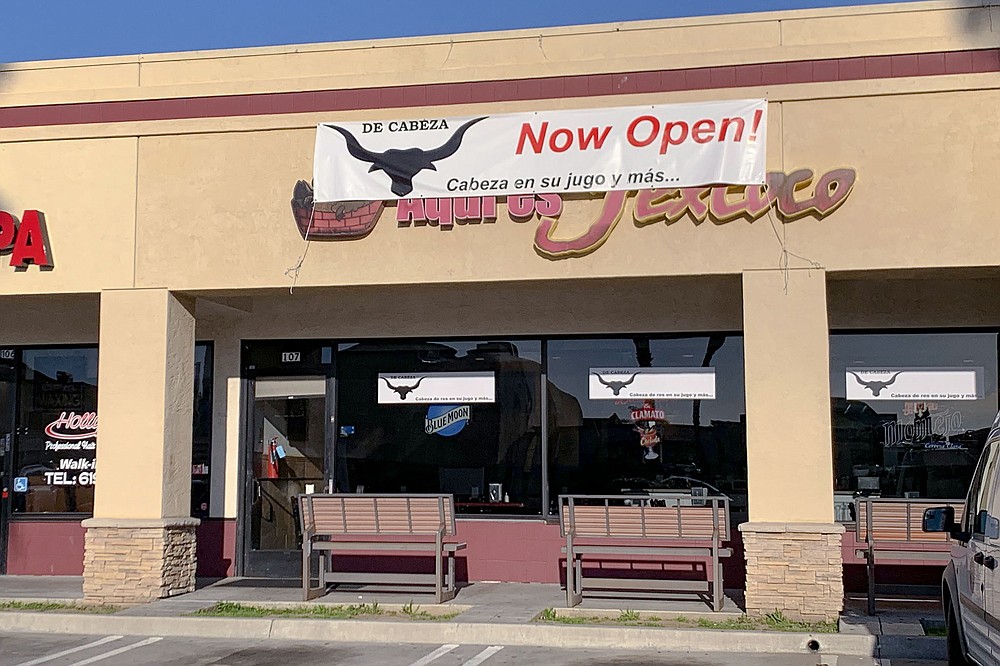 The new sign doesn't look permanent, but this old Aqui Es Texcoco location has been De Cabeza for nine months.

Whether the third-pound half-order ($10.50), or half-pound full-order ($12.75), the meats contained in your bowl will be mixed by default, though you may request or veto any particular head cut (cheeks only, or hold the eyeballs, for example). Expect to pay a couple bucks additional to include lengua (tongue) though: it’s extra fatty and therefore flavorful, and therefore prized.

All chopped into pieces, the stewed meats, eyes, collagen, and other bits submerged in thick beef stock are far less scary. I knew there were brains in there, but I was able to focus more on the succulent combination of beef flavors and textures crossing my palate, including the same musky perfume that makes oxtail so memorable. If you need further encouragement, I can only promise you this: every bit of the cow’s head tastes better than tripe.

Looks amazing! Lengua and Cabeza always seem so gross when you realize what part of the cow they come from, but they are incredibly delicious when you try them, so tender! I am going to have to check it out next time I am in Chula Vista.