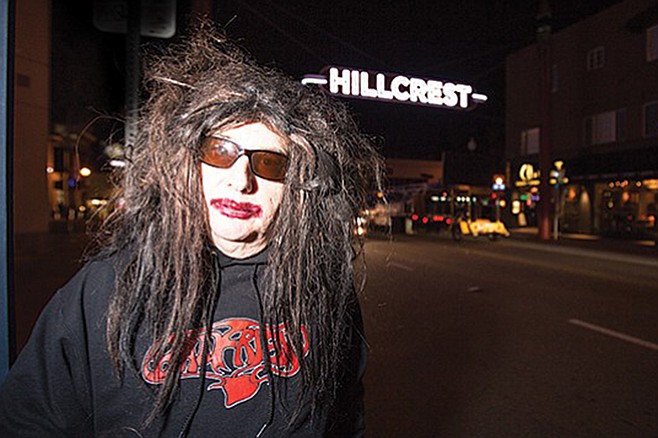 You Think You Really Know Me: The Gary Wilson Story details the life of the eccentric indie-punk pioneer best known for his 1977 LP You Think You Really Know Me, recorded in the basement of his parents’ house and now considered an early DIY masterwork. A Hillcrest resident since the late ‘70s, Wilson and his band the Blind Dates performed in makeup, led séances from stages they often doused with bags of flour, and were known to wear beekeeper’s hats or sheets of plastic held together by duct tape. Wilson eventually disappeared from the public eye, taking low key roles in bands fronted by local Donnie Finnell and ‘40s/’50s icon Roy Brown (“Good Rocking Tonight”). Years later, after Sub Pop Records cited Wilson as an indie inspiration and Beck mentioned him in 1996’s “Where It’s At” (“Passin’ the dutchie from coast to coast/ like my man Gary Wilson rocks the most”), New York’s Motel Records sought to rerelease Wilson’s seminal LP and hired a private detective to find him. He was rediscovered working at College Grove’s Jolar porn shop, and has since restarted his career with several new releases. Headliner Part Time is fronted by David Speck, known for homemade lo-fi bedroom synth-pop albums such as 2013’s PDA that he fills out on the road with a live band. Recently, it accompanied him on his first trip to an actual studio, there to record 2018’s Spell #6. 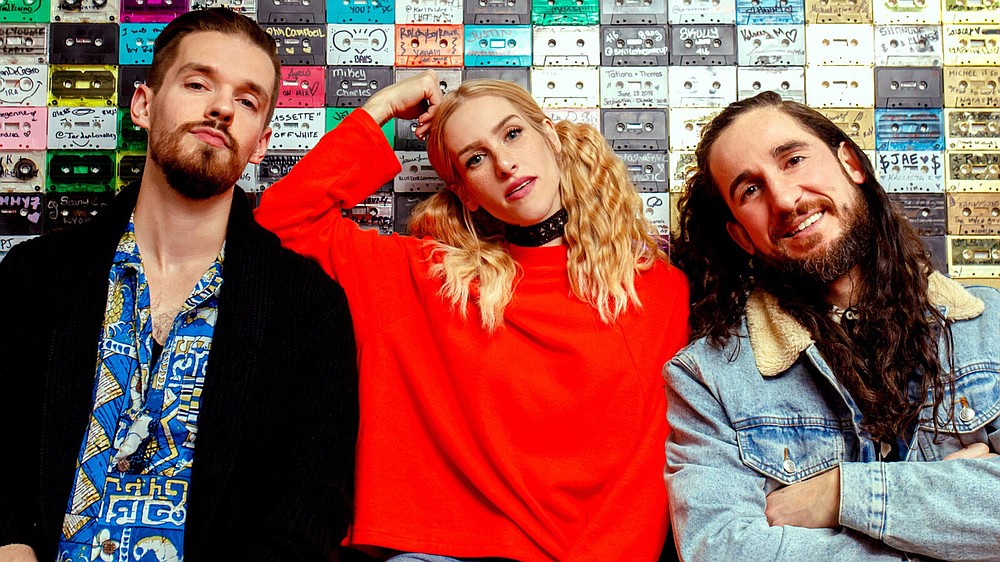 Walk Off the Earth

Walk Off the Earth

Canadian indie-pop collective Walk Off the Earth is hoping to sell a few more copies of their sixth studio album Here We Go, which debuted last October and was their first official release in four years. The group first came to widespread notice on YouTube for their comical covers of pop classics arranged with offbeat instrumentation such as ukuleles and theremins, matched with looping samples and electronic trickery. Other covers reimagine songs by acts like Adele, Wiz Khalifa, Taylor Swift, and LMFAO. Their live version of Gotye’s “Somebody That I Used To Know” earned nearly 200 million views in less than six months, with a followup video featuring all five band members playing one guitar. They repeated that fingering feat on a 2012 episode of Ellen DeGeneres’ show that served as many Americans’ first introduction to the band, with more discovering them when they played the half-time show of a 2018 NFL playoff game. Their new album only reached number 44 on the U.S. Hot 200 Album chart, but rose to number 11 in their native Canada. It’s said to be a tribute to their former bandmate Mike “Beard Guy” Taylor, who passed away from natural causes in 2018 at the age of 51. 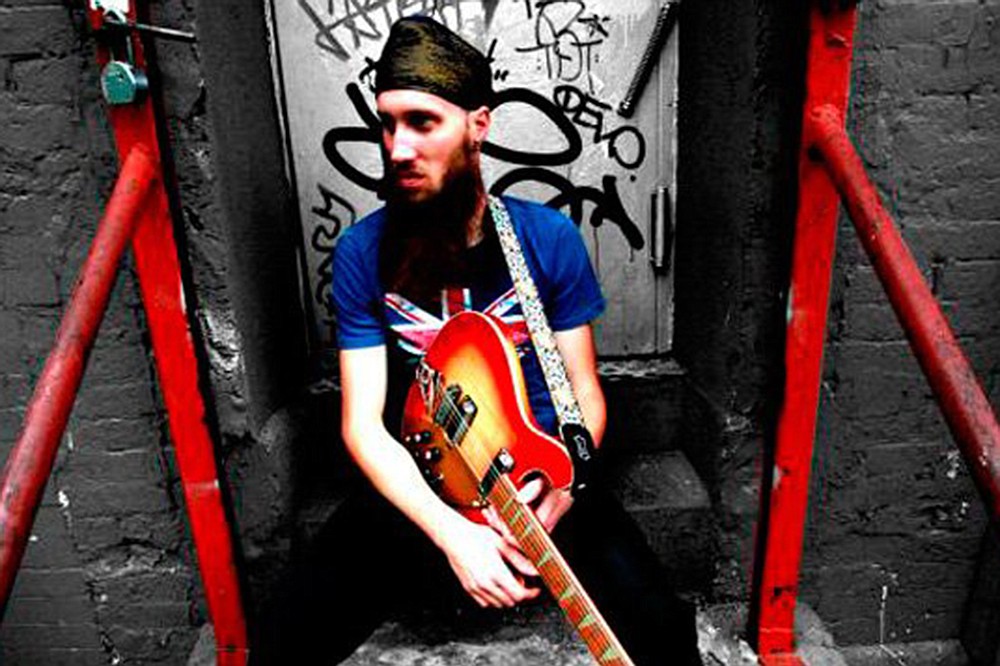 In the wake of his new single “Pyramid,” acoustic troubadour Hargo is preparing for his first concert in eight years, to promote his upcoming full-length Saturn Return. “It’s been almost ten years since I recorded my last album Out of Mankind,” he says. “Moved to L.A., found love, moved to Joshua Tree, put out two Feather and Dot albums with my bandmate Sanjay, played festivals, got into real estate, went to Burning Man, found Ayahuasca.” He describes the record as “folk meets tribal meets electronic meets gospel.” Hargobind Hari Singh Khalsa got his first taste of fame at age 16, when his tune “Giving” was selected as official theme song for the 1999 South Africa Peace Conference. A 2000 performance opening for Seal earned him a ringing endorsement from the headliner (“This young man’s music moved me deeply”), and in 2007, accused murderer Phil Spector produced Hargo’s song “Crying for John Lennon” for a documentary film called Strawberry Fields. It was one of the last records that Spector would ever work on before being found guilty of murder and going to prison. “This is going to be a really special night,” says Hargo, “and I’m bringing out my soul sista Monique Benabou [The Voice], gospel singers, tribal rhythms, and other magic and mystery.” 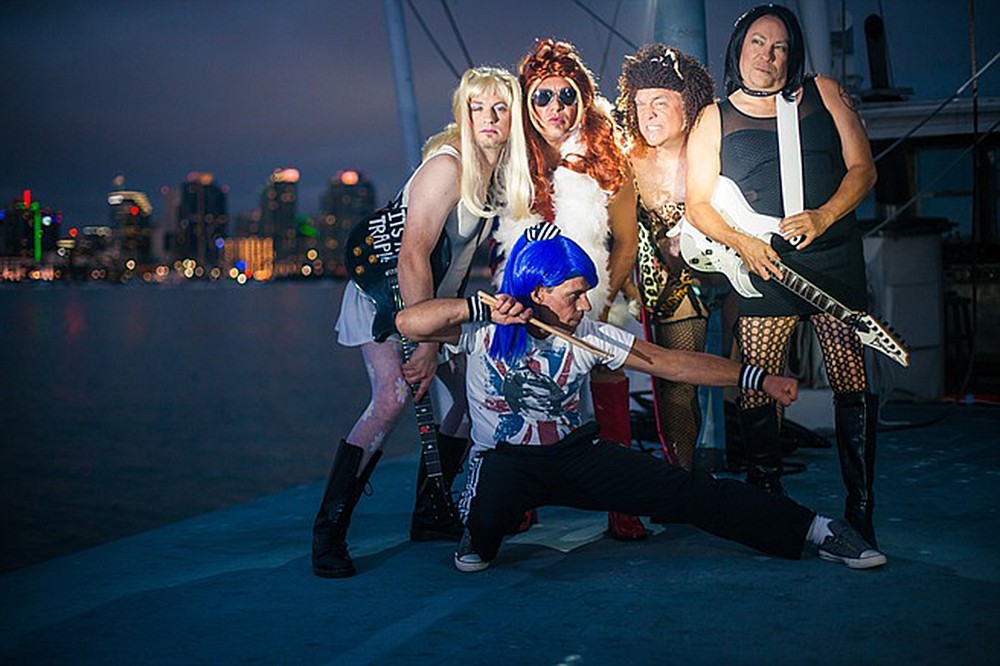 GAYC/DC and the Spice Pistols

Formed in 2016, the Spice Pistols feature middle-aged men wearing dresses and mashing the music and visuals of the Spice Girls and the Sex Pistols. The group includes bassist Spike Mike Muellenberg (Elements, League of Liars), along with other members from bands such as Captain Viejo, Sex Stains, Konvix, the Accessories, and True Stories. “We don’t wanna admit we actually like Spice Girls songs, so we play ‘em the way Sid Vicious, Steve Jones, Paul Cook, and Johnny Rotten would have,” says the band, which goes by stage names Ginger Binger Spice, Maybe Baby Spice, Slosh Posh Spice, and Shorty Sporty Spice. They auditioned for and appeared on the 13th season of America’s Got Talent, as well as releasing an album called Life’s a Drag. The current Best Live nominees at the upcoming San Diego Music Awards recently attended the Namm music conference and are recording new tracks. They’re on their Peace, Love & Fishnets tour, for a bill that includes the similarly bawdy GayC/DC. 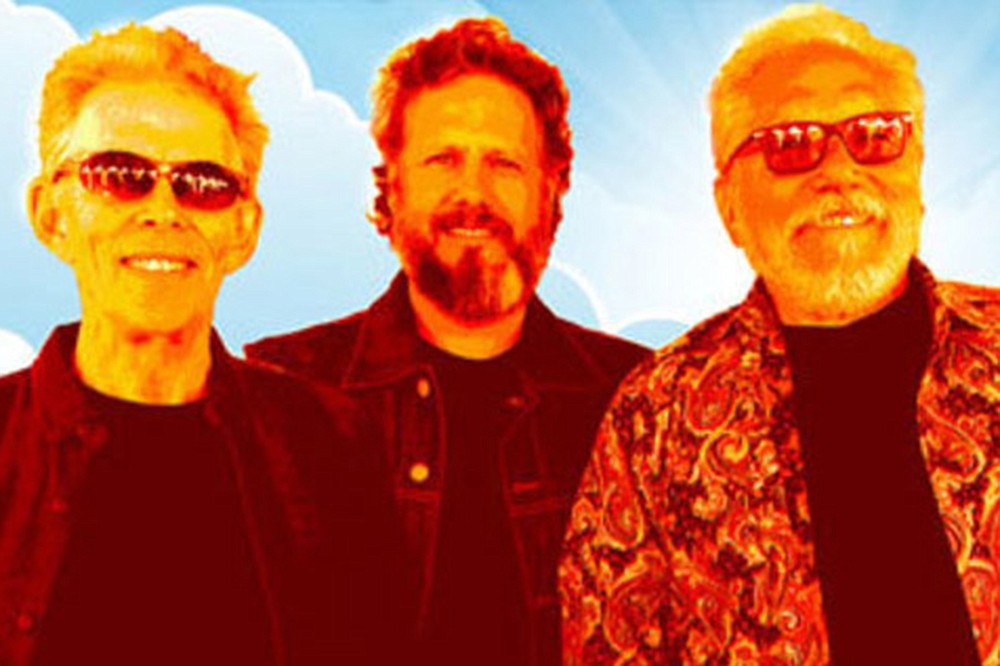 Although Hot Tuna began as a splinter project founded by members of Jefferson Airplane, in truth they have about as much in common with their mothership band as Jefferson Starship, i.e. very little. Where the Airplane was loud and brash, Hot Tuna turns inward and explorative. Both bands electrified with extended stream-of-consciousness improv jams, but only the Tuna men managed to carry that sense of shared adventure into acoustic sessions that have been their bread and butter for many of their 50 years as a recording and touring ensemble. Airplane vets Jorma Kaukonen (guitar) and Jack Casady (bass) and drummer (since 2014) Justin Guip are celebrating that half century legacy with another leg of an anniversary tour that kicks off with a couple of acoustic performances in Phoenix before hitting Solana Beach with an all-electric evening of classic rockin’ blues drawn from over a dozen albums. That discography includes several live records that convincingly attest to their power as a performing act, perhaps explaining why they haven’t bothered or needed to release a new full-length since 2011.