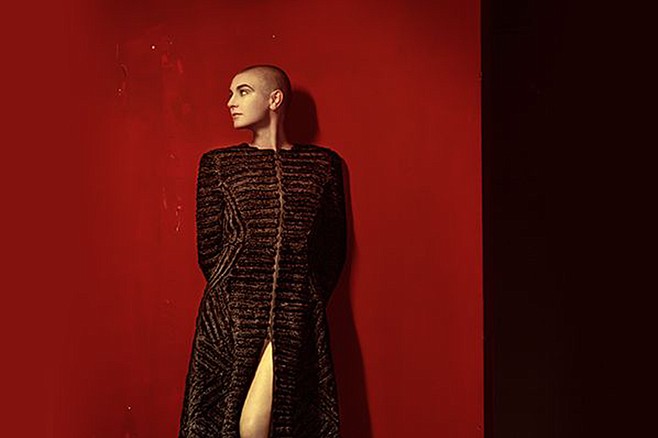 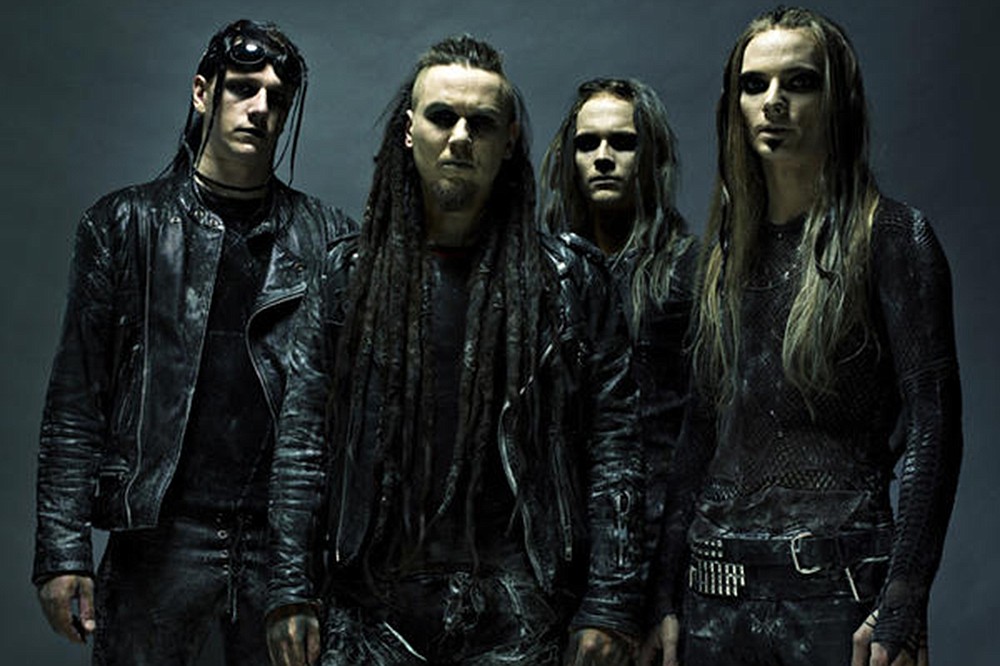 Mortiis began as a Norwegian side project enabling former Emperor bassist-lyricist Håvard Ellefsen to put on a costume with a weird face mask and create pounding electro-goth concept pieces with elaborate stories: basically Peter Gabriel-era Genesis on crystal meth. Ellefsen has attached the Mortiis name to various disparate solo projects that occasionally come with backup players, although mainly just for touring purposes. Each release has signaled a fairly drastic change, taking Mortiis from haunted synth music right out of a cheesy Italian horror film to chirpy electropop (with Ellefsen singing lead for the first time), and then chainsaw industrial rock. He maintained a low profile for several years until a couple of new Mortiis releases surfaced in 2016 and 2017 that found him replacing the mask with face paint, but otherwise still looking like a character from the Dark Crystal dropped into one of Trent Reznor’s fever dreams. The tour bringing him to San Diego for the first time in fourteen years will feature them performing tracks from a new full-length that drops this week called Spirit of Rebellion, described as a reinterpretation of and sequel to one of his mid-’90s albums. The bill includes Tomb. 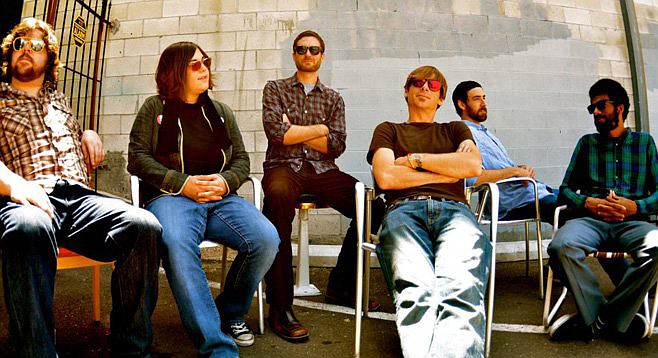 Ten Bulls and the Heavy Guilt

Alfred Howard has sat in with Karl Denson’s Tiny Universe, Umphrey’s McGee, Perry Farrell, Digital Underground, Garaj Mahal, the Slip, the Jacob Fred Jazz Odyssey, ALO, the Breakfast, and many others. He founded the Heavy Guilt with Josh Rice in early 2009, after their K23 Orchestra appeared to be splitting. The band funded their debut full-length with a yard sale where members sold their vinyl albums, DVDs, and golf clubs. Their sophomore record was launched with a $5,000 Kickstarter campaign, and a self-titled full-length was released in 2013 featuring his bandmate in the Midnight Pine Shelbi Bennett, Andy Geib (the Styletones), Karl Denson (Greyboy Allstars), and local sax player Ian Tordella. The record earned the group a Best Alternative trophy at the 2013 San Diego Music Awards. Howard and Rice cofounded a record label in early 2015 with Matt Molarius (Transfer), Redwoods Music, home to Heavy Guilt releases such as their relatively recent Spectral Hearts album, which you can expect to hear well represented. Also appearing are Ten Bulls, Los Pinche Pinches, and Sutton James. 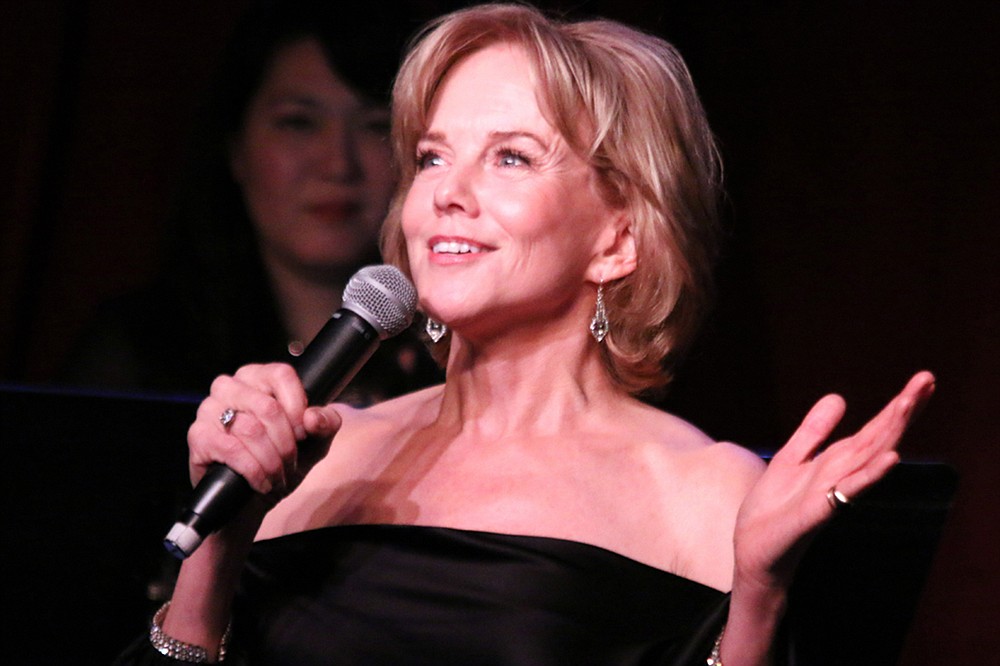 A lot of TV stars inexplicably made musical records in the ‘60s and ‘70s, including Wonder Woman Lynda Carter, SNL’s Garrett Morris, Taxi’s Jeff Conaway, Kojak’s Telly Savalas, Star Trek’s Leonard Nimoy and Bill Shatner, Bonanza’s Lorne Greene, and there was even a Laverne and Shirley Sings album. Huggy Bear, the pimp from Starsky and Hutch, had a Christmas record, and did you know there was once a dance craze called “The Lurch” inspired by a song from Addams Family butler Ted Cassidy? Happy Days spun off several vinyl releases, including an album of Fonzie’s Favorites, an Anson Williams single called “Deeply,” and Scott Baio’s self-titled album that spawned 45s such as the alarmingly titled “What Was In That Kiss.” Fonzie’s former girlfriend Ashley (1982-1983), actress Linda Purl, left a cushy role on Matlock to become a jazz songstress with several albums to her credit, including Out Of This World – Live. Under the musical direction of Tedd Firth, she’ll perform music popularized by singers like Peggy Lee, Ella Fitzgerald, and Rosemary Clooney, including standards such as “My Romance,” “Pick Your Self Up,” “Come Rain or Come Shine,” and “Caravan.” 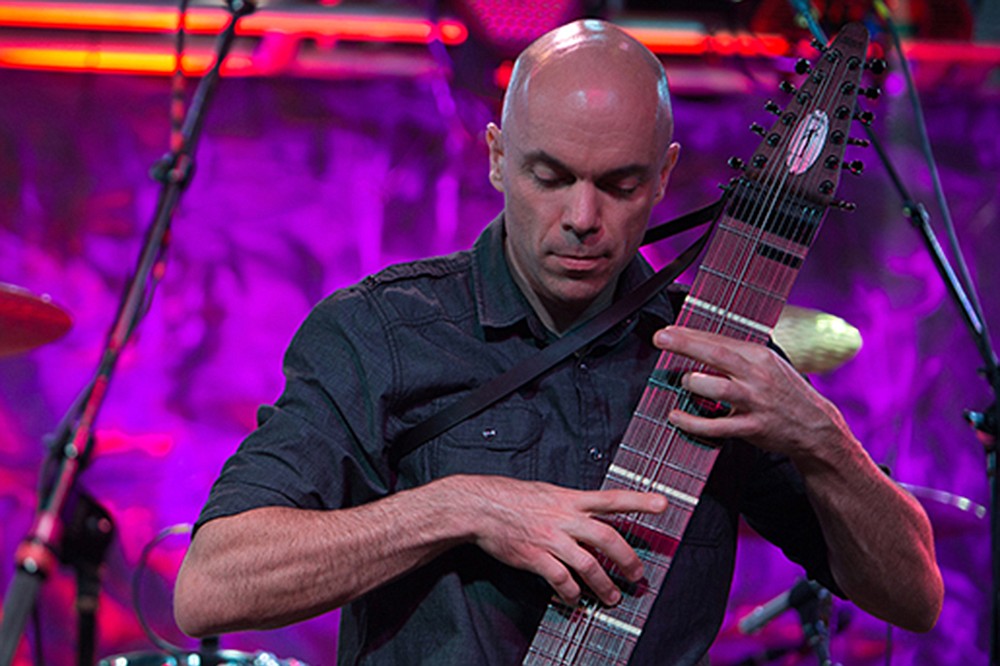 Chapman Stick player Tom Griesgraber started out on piano and switched to guitar as a teen, becoming good enough to be accepted at Berklee College in Boston. After graduation, he came home to San Diego and caught King Crimson/Peter Gabriel bassist Tony Levin at the 1997 NAMM trade show in Anaheim, demonstrating a 12-stringed Stick, which is played by tapping the strings like piano keys, with bass strings tuned in ascending fifths and melody strings in descending fourths, providing a wide tonal range of sounds. “It sounds something like electric guitar, electric bass, piano, and synths, all thrown into a blender,” says Griesgraber, who has toured throughout the U.S. and Europe playing the Stick with artists like Bert Lams, Agent 22, the California Guitar Trio, and drummer Jerry Marotta. He has also performed several times for the Grammys and opened shows for Tony Levin (Peter Gabriel), Andy Summers (the Police), Steve Hackett (Genesis), Adrian Belew (King Crimson), Stanley Jordan, and Tower of Power. He’s recorded seven CDs: two solo, two with Bert Lams (including a prog-rock wagon train western set in 1840), two with his band Agent 22, and one with Jerry Marrotta. 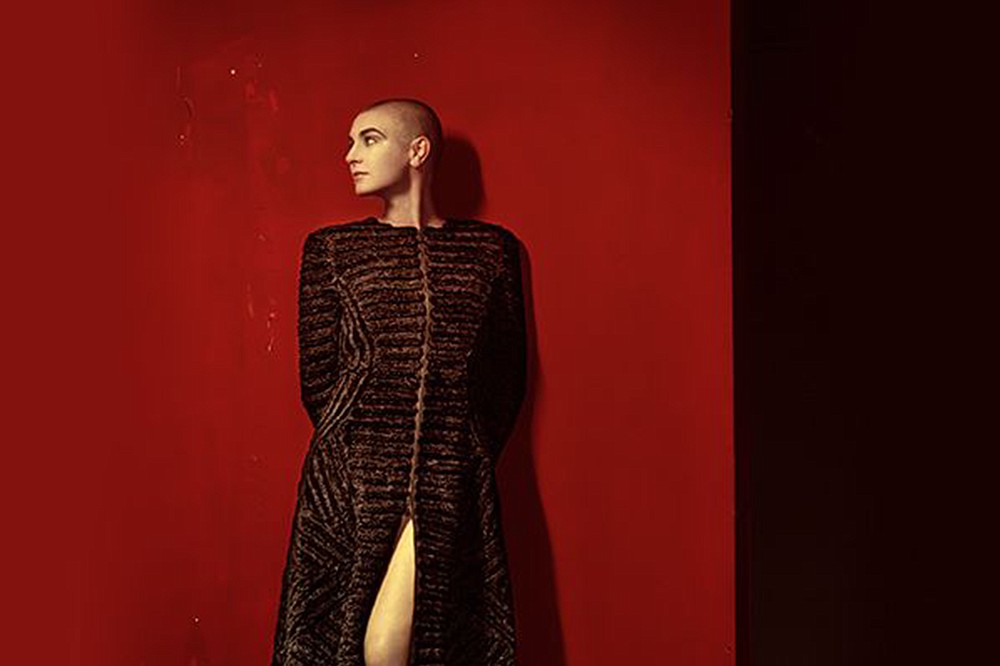 For a while, it seemed like the only public appearances we could expect from ‘80s/’90s phenom Sinead O’Connor would be on the Oprah Winfrey Show and Dr. Phil. Both hosts seemed to gain nourishment from hearing the singer talk about being diagnosed with bipolar disorder, attempting suicide multiple times, and how she wanted to “destigmatize mental illness,” especially since it’s so prevalent in a music industry that regularly exploits sufferers like Wesley Willis, Larry “Wild Man” Fischer, and Kanye West. It didn’t help when she went missing in 2016 and had to be found by Illinois police, and then she turned up on Facebook to announce that losing custody of her teen son made her want to kill herself, and only her doctor and psychiatrist were keeping her alive. It’s unclear if her 2018 conversion to Islam is still in effect, since she’s no longer posting photos of herself wearing a hijab or using her adopted Islamic name Shuhada’ Sadaqat. It’s been around six years since her last album and national tour, and her concert record has been spotty (she called off several shows in 2018 due to “unforeseen circumstances”), but she seems to have successfully pulled off a recent Irish tour, including a TV appearance where she impressed with a cover of the Pogues’ “Rainy Night in Soho” and Prince’s “Nothing Compares 2 U.”