The road to Cádiz, Spain

The ancient port city greeted us just as the sun was setting beyond its narrow streets. 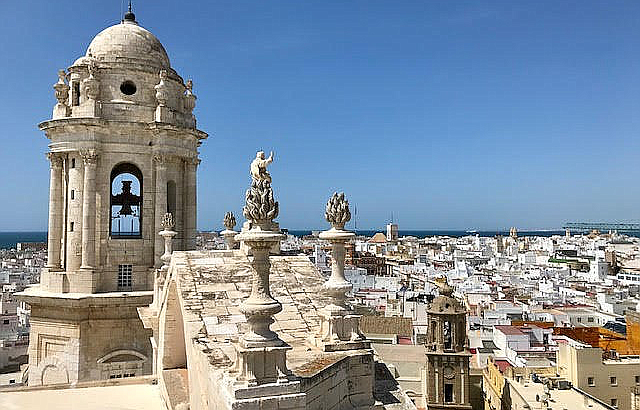 Sometimes an adventure shifts your perspective and uproots your priorities. For me, that adventure was a road trip through Portugal and Spain in September.

The story begins in Lisbon, Portugal: My friends picked up me up from the airport and we drove down the coast to Milfontes, a charming seaside town. I spent the evening catching up with old friends over the secrets of homemade wine. The next day, we left Milfontes and headed as far south as land would take us: to Sagres, also known as “The End of the World.” In the 15th century, explorers were convinced that Sagres was the southernmost point of the world. I believe it after witnessing the seemingly endless expanse of ocean ahead of me. Morocco was just beyond the horizon of churning waves. 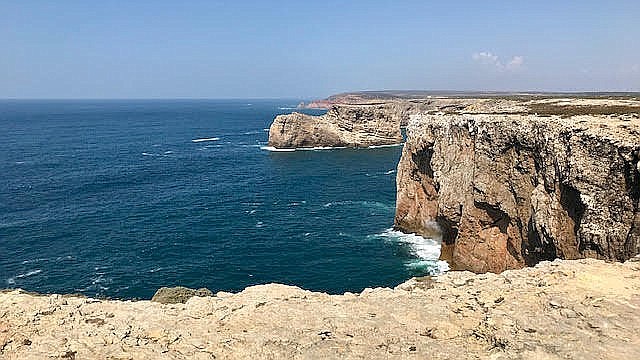 The coastline bluffs in Sagres, Portugal.

We spent the rest of the afternoon driving through Portugal’s farmland and crossed the border into Spain. The port city of Cadiz greeted us just as the sun was setting beyond its narrow streets. While getting our bearings, we stumbled upon a restaurant named Sonambulo. I recalled that “somnambulism” means to sleep walk.

Sufficiently intrigued by the name, we decided to enjoy tapas on Sonambulo’s outdoor patio. 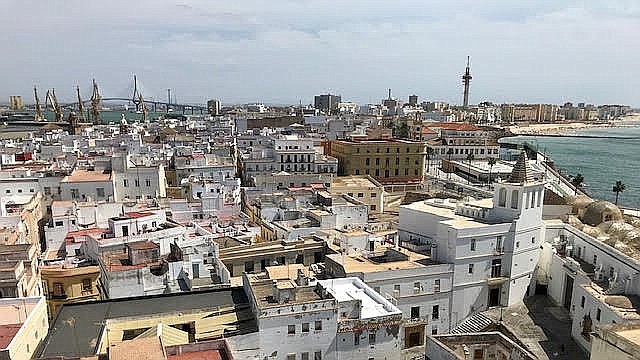 View from the Catedral.

What better way to recover from a long day of traveling than sharing a bottle of wine with friends in Cadiz’s central park? For the next few days, we went sightseeing around the city. We were not prepared for the beauty that was Catedral de Cádiz. The medieval and Moroccan architecture blew us away; it felt like we had stepped onto the set of Assassin's Creed. A few other highlights included lounging on La Caleta beach, experiencing siesta, and indulging in chocolate-dipped churros. Oh, the small luxuries in life. 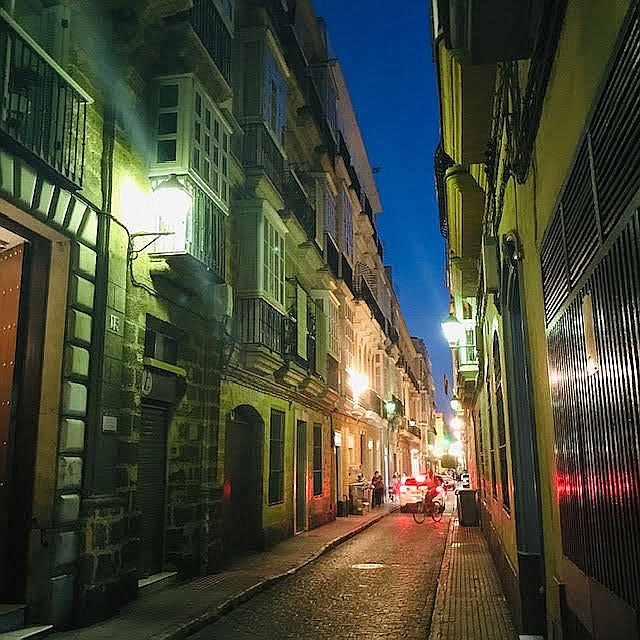 A narrow street in Cadiz.

On our last night, we treated ourselves to dinner at a special restaurant called La Marmita. The dishes were creatively bold and the service made us feel like we were part of the family. Also, La Marmita is home to the best thing I've ever eaten: a mascarpone cream dessert. I would fly back just for more of that mascarpone cream!

My friends practically dragged me out of the restaurant so that we could wrap up our time in Cadiz at a local bar. Until next time, Spain, until next time...