Panama City: since I was in the area...

Where to explore if you find yourself in Panama City, Panama. 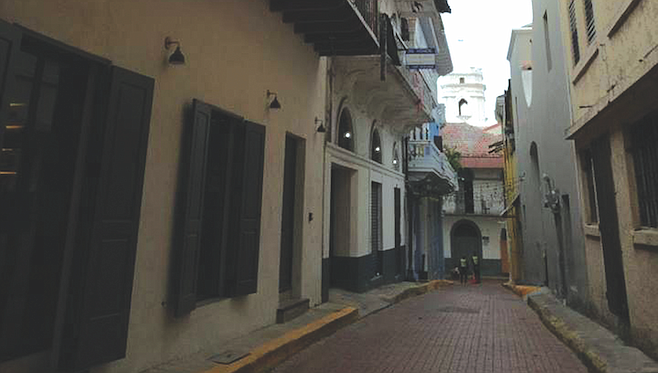 Yet, for a tiny country, the capital, Panama City, has an absolutely massive skyline — on par with greater Miami/Miami Beach, with all the office towers and surrounding high-rise condos and apartments and hotels in the adjacent neighborhoods all forming a massive mega skyline. Where does all this money and prosperity come from? Well, Panama is famous for certain things pertaining to finance and banking and offshore accounts, but we'll leave it there, as that's another discussion.

Ahh... there's also a famous canal somewhere nearby too, which I hear is quite large and probably helps their economy as well.

So why might you end up in Panama City? Well, it has a pretty sizeable airport with lots of connecting flights, so if you happen to have a layover there, you could consider extending your stay for a couple of nights. And that was my thinking — because otherwise, given the choice, I likely would have selected Costa Rica or another Central/South American location to visit. But since I'd be passing through Panama City anyway to catch a connecting flight, I thought "why not stay a little" – and it was a good decision... although as I said, I probably wouldn't have made it my destination otherwise.

The airport (Toucmen) is very modern and westernized, surrounded by lush greenery. As always, in countries like this, it's important to walk a little from the main airport exit to find a taxi company that won't completely rip you off and overcharge. So I paid $20 instead of $25 or $30. (Speaking of money, the main currency here is the American dollar, which makes things easy). The climate, of course, is hot and humid and tropical – which will be felt immediately upon exiting the airport. 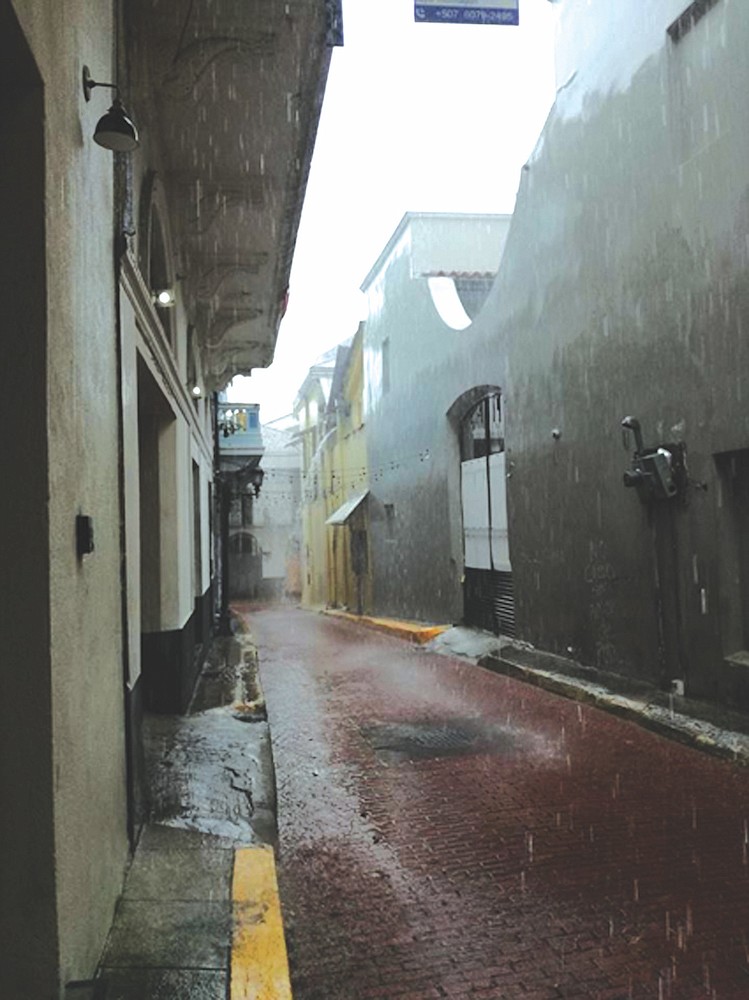 As impressive as the modern skyline is in the downtown area, I opted for the historic Casco Viejo neighborhood: the city's old, historical, beautifully preserved colonial district.

Here, the beautiful old buildings are pastel colored; the narrow streets are cobblestoned; and it's like stepping back into another era... and an interesting visual contrast, with the high-rise downtown rising on the other side of the bay. The Casco Viejo has an impressive number of nice restaurants and stylish bars, reasonably well priced (although not exactly cheap either). And especially at night, when the tropically warm temperature has dropped a little and there is a pleasant breeze coming off the water, it's great for just ambling and wandering these beautiful streets. It's quite safe in this area, with plenty of police officers standing in doorways keeping an eye on things.

A short walk west of the nicer section of Casco Viejo is a slightly more run-down extension of the same area – or 'raw', if you will. This area is still relatively safe, although I'd take care at night.

Further west of here is a nice but sketchy plaza (Plaza Santa Ana) which marks the beginning of the Santa Ana neighborhood, a bizarre area I randomly stumbled across on one of my wandering excursions. This district has some nice historic buildings (albeit a little run down) mixed in with public housing projects and strange burnt-out looking buildings where people actually live; plenty of gang activity; sleazy bars/clubs such as one strangely called 'Dany's Place' ('sic' on their part) marked by a small sign above a door, as men walked in and back out minutes later, with grins on their faces.

I was lucky to get out of there unscathed, thanks to a friendly woman who politely answered my request for directions and back to the safety of Casco Viejo – and places that I now recognized such as Plaza Simon Bolivar and Calle 8.

When i had a full day free, I decided to walk towards downtown in the heat and humidity, exiting the Casco Viejo area via a commercial street with a large Chinese population – and then passing various upper-middle class neighborhoods, with high-rise condos and plenty of lush greenery and well-maintained parks and palm trees. These neighborhoods (such as Bella Vista) were nice enough, mostly modern and high-rise, but the buildings were kind of fortress-like with lots of fences and security. (And even more high-rise constructions were going up nearby.)

Interspersed between these upper-class areas was a lively lower-middle class shopping district, which was vibrant and interesting along Avenida Central (La Central), which is more pedestrian-friendly than Bella Vista and the other neighborhoods with skyscrapers.

I grew exhausted walking all this way in the heat, so I had to pass on the official downtown/ financial district (Via Espana) and any beachside neighborhoods that might exist, feeling that I'd done enough walking for one day. In any case, all of these high-rise-centric neighborhoods appear to blur together and so it can be tricky to differentiate which neighborhood is which (i.e. they aren't so clearly defined).

Tired, I opted for a minibus back to Casco Viejo (the official buses only accepted fare cards, so I took one of the random school buses spray-painted with obscure colorful images and logos). There is a metro system in Panama City, although it doesn't really pass by these main areas (I think it's more of a commuter system).

In Casco Viejo I stayed in a friendly hostel (Magnolia Inn) inside a colonial building with a nicely decorated living room and common areas that opened up onto the balcony, offering views of the street below. It was from the comfort of here that I recall witnessing a massive tropical thunderstorm which totally flooded the historical streets, submerging everything under several feet of water. Yet when the rain finally stopped, all this floodwater just vanished immediately – so I guess the infrastructure here in this district was quite good.

As always in Latin American countries, everything is full of contradictions and contrasts, with living conditions ranging from third world to luxurious first world within a few blocks of each other. I reflected on this as I observed a couple of police officers joking around across the street, while still keeping a vigilant eye on the passing tourists... and wondering what was going on a few minutes away at Dany's Place and the burnt-out streets around there.

Well, it was only two nights here – so not enough time for me to claim that I fully understood Panama City or Panama, but it was something – and I'm glad that I got to check it out. (In my opinion four nights is the minimum stay to really get a feel for a city). Plus, outside of Panama City are numerous national parks with tropical rainforests, which I didn't get around to visiting but sound beautiful, with unique bird species and other wildlife. I guess this will have to wait until my next layover at Toucmen...

FYI, it's NOT Toucmen, it's Tocumen International Airport, named for the neighborhood in Panama City where the airport is located. And, yeah, it's hot, humid & tropical. December thru early February is the best time of year to go.