Qualcomm exec’s Georgian style Coronado home back on the market

The backyard’s lower level leads to a grass-lined pool and spa with a partial rock wall for privacy and waterfall. 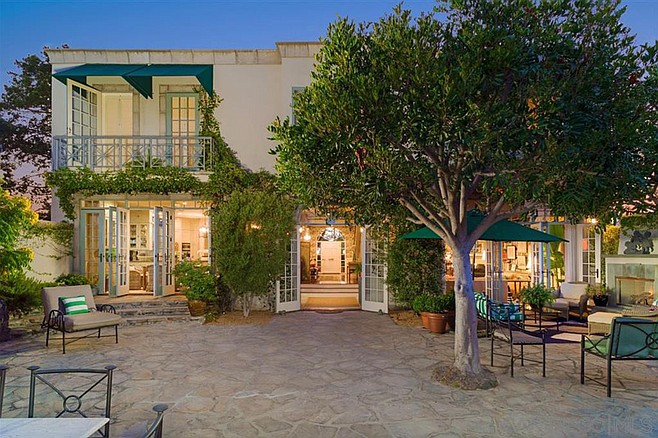 This week, we’re visiting 731 Adella Avenue, a 5100-square-foot mansion in central Coronado sited on grounds spanning nearly two-fifths of an acre. It’s said to be one of the island’s largest residential lots.

The home’s “many custom finishes” include a circular driveway, windows and French doors (with hardware imported from France) equipped with plantation shutters, a “steel kitchen picture window,” and oversized eight-foot solid core interior doors. The 1993-built home’s floors are wrapped in ash hardwood or wool carpeting, while the kitchen features soapstone counters and chef-grade appliances from Thermador, Subzero, and Miele, including built-in drawer freezers, wall ovens, and coffeemaker. Fixtures in the downstairs powder room are provided by Waterworks, a high-end plumbing supplier that charges upwards of $3000 for a single faucet. 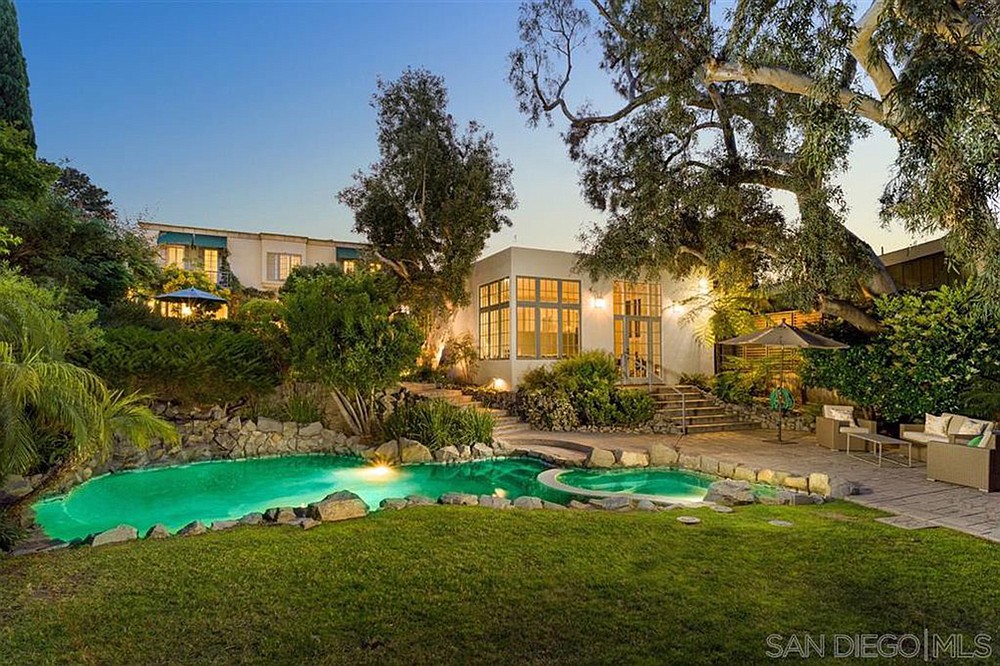 Close to everything, but then, why go anywhere when you have it all right here at home?

The guest house adds another bedroom, bath, and large recreation center, while the estate includes a rare-for-California basement that’s ready to be converted into a wine cellar. An on-site solar array reportedly provides most of the home’s electricity, while electronic monitoring covers security.

Outside is a fully-landscaped terraced garden, with an entertainer’s stone patio off the main home covered by a shade pergola and outfitted with a gas-burning fireplace and built-in Viking grill. The backyard’s lower level leads to a grass-lined pool and spa with a partial rock wall for privacy and waterfall.

The home’s south-central location in Coronado is ideally placed for both privacy and access to amenities, with three community parks, the municipal golf course, Coronado Yacht Club, the shopping and dining hub of Orange Avenue, and the historic Hotel Del Coronado all within a few blocks.

The last reported sale of the Adella Avenue property was in 2010, at the height of the last housing crash. Back then it fetched a reported $2,950,000, a far sight short of the nearly $4.2 million asking price. The seller at that time was William Adams, chair of BridgeBilt LLC, a company that specialized in acquiring and rehabilitating distressed residential properties to facilitate house flips. The buyers were Lawrence and Nancy Hartigan; Mr. Hartigan is a senior vice president with local tech giant Qualcomm.

After nine years off the market, the Adella estate was listed again in late August, this time carrying an asking price of $9.8 million, more than three times the amount at which it was valued just a decade ago.