Who among us wants to die with a bunch of nobodys? 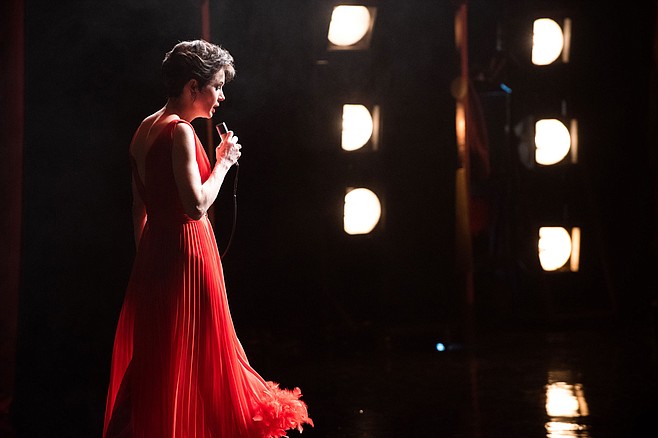 Pick a celebrity biopic. Any celebrity biopic. Beyond the Sea? Okay. With the lighting just so — and the camera at a safe distance from its subject — a person could swear that it was Bobby Darin on the screen, not Kevin Spacey impersonating the singer. And with the exception of the occasional bout of Jim Bailey trout pout, Renée Zellweger’s Judy Garland in Judy convinces in close-up. But did they have to let her sing?

The version of the story closest to my heart finds Judy confronted in the ladies room by a vociferous fan begging to be serenaded with a few bars of “Over the Rainbow.” Before making her exit, a snitted Garland snapped back, “Madame, I’ve got rainbows coming out of my ass!” There is so much more to Garland’s life and career than Munchkins and flying monkeys. What a shame to find predictability leading the way with an obligatory opening flashback down the Yellow Brick Road. (Spoiler Alert: the curtain rings down on a London performance of “Over the Rainbow.”)

Benzedrine-induced mood-swings and an all-around air of professional unreliability cemented Garland’s pariah status; the difficulties in finding meaningful work during what would be the last year of her life proved insurmountable. Locked out of her hotel room with two small children in tow, what court in the land would grant her sole custody? There was little likelihood that the chain of Judy Garland Cinemas envisioned by husband #5, Mickey Deans (Finn Wittrock) would take off. What was there for a waning legend to do in 1968? Hitting the road for a six-week concert tour of Britain was Judy’s only option. 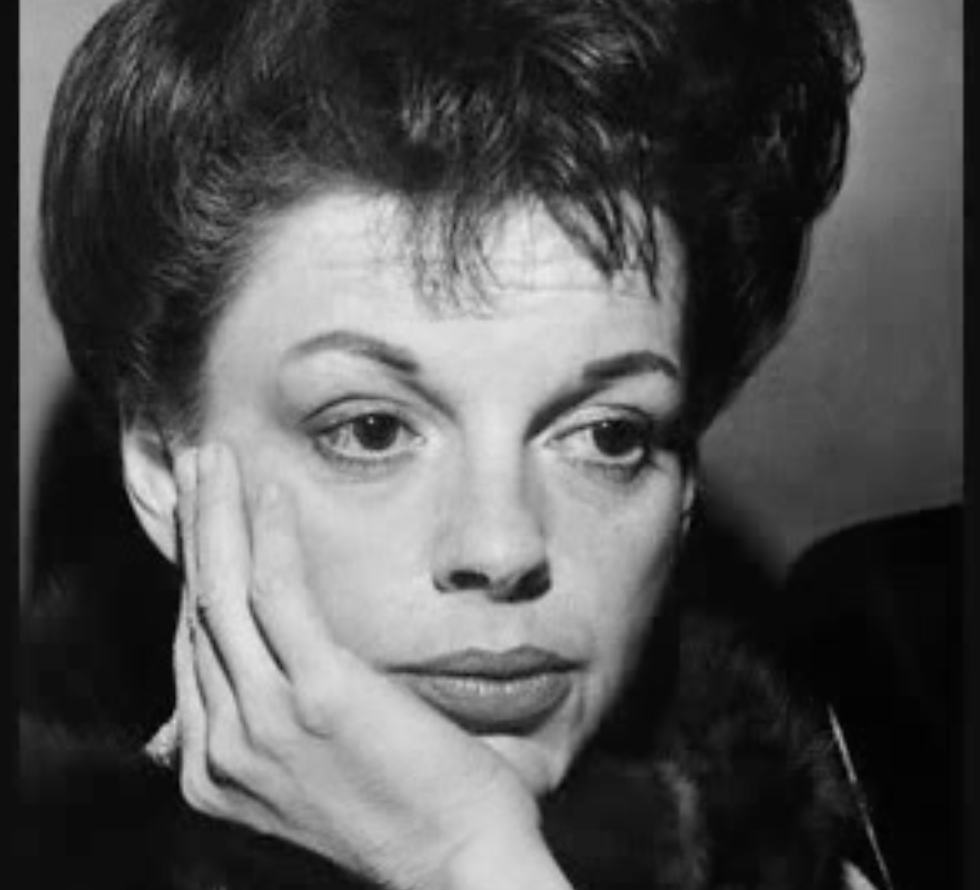 What little knowledge I retain of the entertainer’s later period can be found in the two-CD bootleg collection Judy Garland Speaks! Super agent Irving “Swifty” Lazar provided the insolvent star with a tape recorder to “talk-write” a potential autobiography. The book never materialized, but the tapes live on as a crazed testament to why parents shouldn’t dropkick a kid into the limelight. The “center of the universe” persona that studio head Louis B. Mayer (a creepy, Harvey Weinstein-ish Richard Cordery) endowed her with made a lasting impression on young Judy’s brain. Decades later, while the magnetic tape rolled, the clearly inebriated star stopped to consider who would get top billing in the event that a plane crash claimed her life. After all, who among us wants to die with a bunch of nobodys?

Then there’s hubby #3, Sid Luft (Rufus Sewell), the mere mention of whom gave rise to sudden fits of apoplexy. His depiction here is a far cry from the animalistic sort described by his ex. Judy, who had long ago relinquished a shot at Mother of the Year, was quick to point up the irony: “I have to leave my children if I want to make enough money to be with my children.” At this point in her life, Judy was an unfit mother, and her children with Luft belonged with their father. (Lorna and Joe Luft have yet to comment on the film. Liza Minnelli publicly distanced herself from the project. Gemma-Leah Devereux plays Judy’s oldest in a walk-on.)

Rupert Goold was fortunate to have for his cinematographer Gabriel Yared (Every Man for Himself, The English Patient). Yared, who clearly understands the parameters of the period, does a bang-up job finding just the right shade of soft, early-’60s British Technicolor to cast across Kave Quinn’s evocative production design. A compressed telephoto shot of diminutive Judy surging upstream against a torrent of leggy showgirls stayed with me for days.

But again: why did they let the actress do her own singing? One note from her throat splinterizes the illusion. (Don’t take my word for it. Watch the trailer.) What’s the shame in lip-syncing, particularly when there’s not one moment where Zellweger comes close to touching the deep, damaged fragility of Garland’s voice? Spacey’s turn as Darin prompted a concert tour. Let’s hope Zellweger’s ego is in check and that Judy didn’t go that far to her head.

Disappointing film though the little-seen in the last few years Zellweger makes a good Judy Garland. After a fascinating opening scene of power-politics with a VERY creepy Louis B. Mayer, is settles into a routine "Lifetime" movie. It's almost as if the two or three scenes with the Mayer character were written by an entirely different person. Of course, there is the obligatory scene (probably apocryphal) that is meant to explain WHY she is considered ansecular patron saint or icon or whatever you want to call it, for alphabet people.