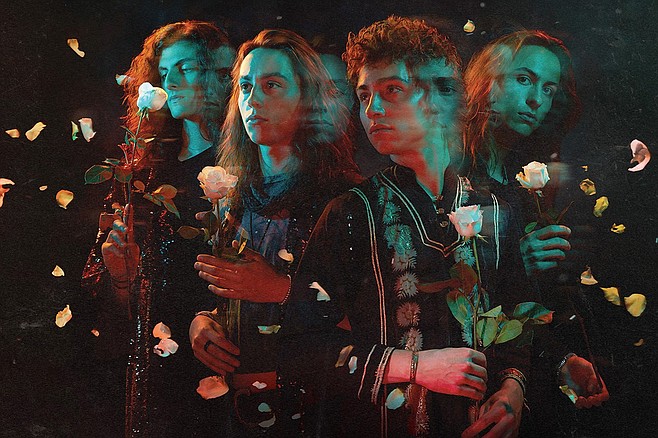 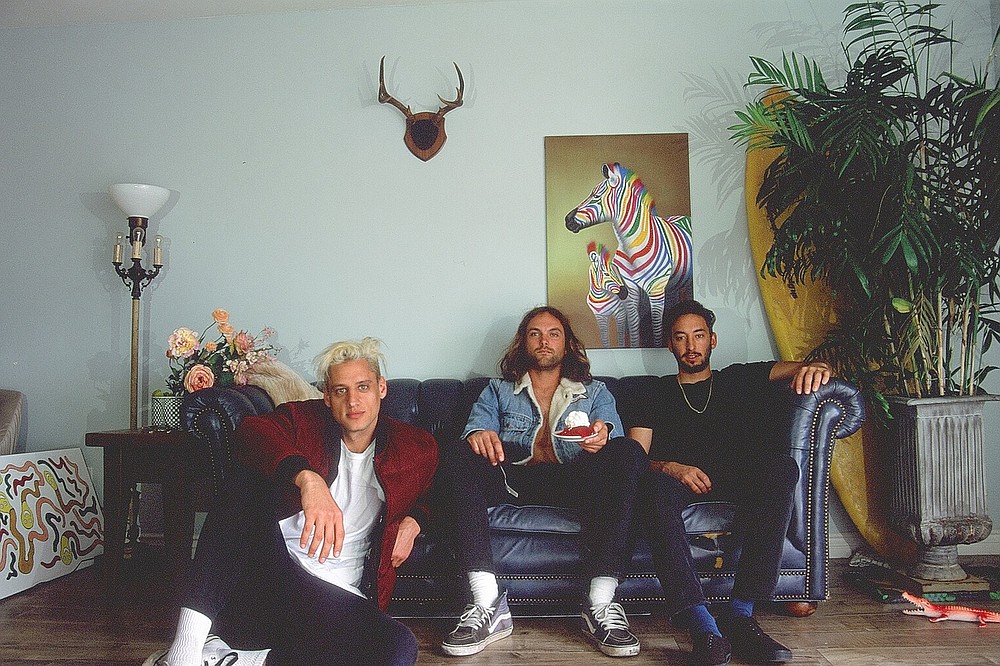 Sweet Tooth is not to be confused with Matt Silvia’s defunct San Diego band once known by the same name. This fairly new Sweet Tooth is a trio featuring Jacob Schrimpf (vocals, guitar), Trevor Barber (bass, vocals) and Kevin Bingham (drums). Their recent three song EP Caviar helped earn them a spot on Kaaboo Del Mar’s Discovery Tour. A three minute beach-and-boat themed video for the hard driving EP track “Foreign Man” can be viewed on their website, and both the bluesy rocker “Sunday Best” and the proggy guitar-centered “Light Years” can be streamed online. If one had to draw comparisons to local acts, they could favorably be stacked up alongside the party bluster of Louis XIV and the sunnier slices of lo-fi life by Wavves, albeit with somewhat less forceful vocals and more twee harmonies than either of those more psychotronic outfits. They’ll follow up their Soda Bar set with a showcase at L.A.’s Peppermint Club on October 11. 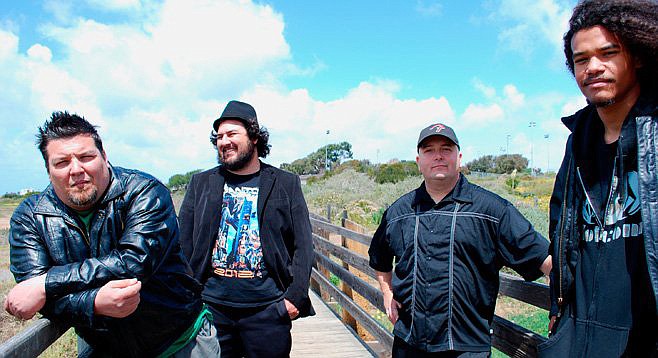 Fuzz-Huzzi can now look back on a 25-year history, although they’ve spent many of those moons disbanded and have been through quite a few members since their inception in Imperial Beach. The group has opened up for everyone from Modern English to the Rugburns, the Addicts, Tom Mac & the Strangers, the Dead Sixties, Chrome Cranks, the Dragons, and Unsteady. A debut full-length Release Me was recorded in 1996, followed by Rock and Roll Ain’t Easy in 2003. Five years later, the band was given an opportunity to record with P.O.D guitar player Marcos Curiel, producing the four song EP Smell the Streets of Hollywood. Their 2011 album Revival found them down to just one founding member, and they played what was billed as their final gig in late 2012, with members going on to form Freak the Mighty. By 2016, however, Fuzz-Huzzi returned to the stage. Another hiatus was announced after a July 2017 performance at the Boys and Girls Club of Imperial Beach, but that too proved temporary. They recently released “I Am Rock ‘N’ Roll,” the second advance single from their full-length Ghosts, which makes its debut at this IB gig. The bill includes the Tale and Moral DK. 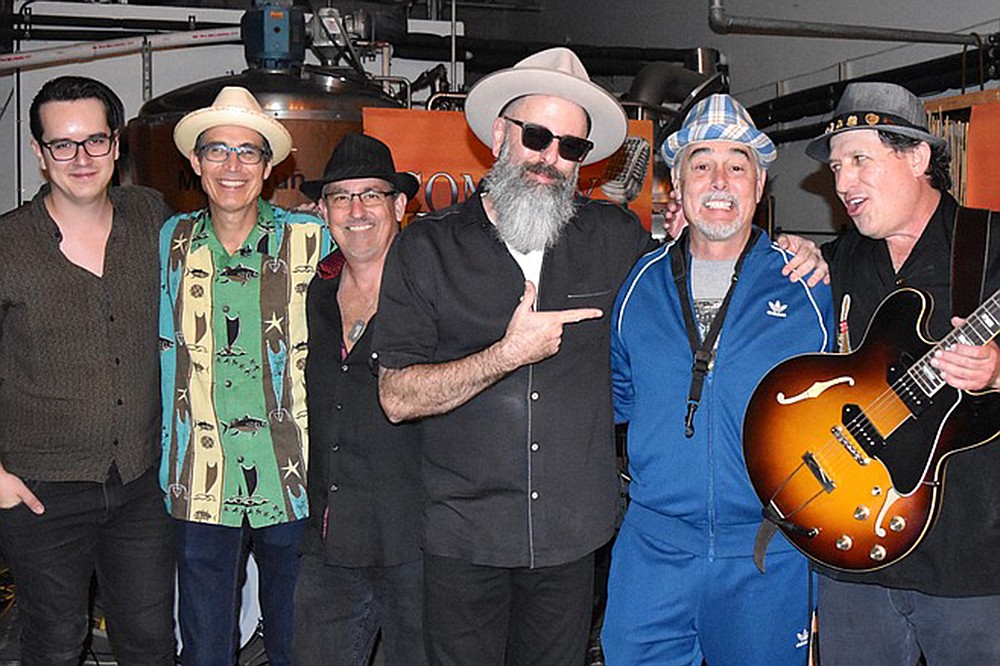 Reunited 1980s ska group N-E-1 is soon to release a music video featuring a re-recording of their classic song “Carol Ann,” tracked at a private studio in Poway. According to co-founder Timothy Cien, “The video is a compilation of the band performing live, current and vintage footage, and related images of various cultures and dance. The song and video are a tribute to female empowerment, and a metaphor for having the courage to not let the past define the person you are, or wish to be.” So what’s different about the new version? “We were messing around with the arrangement and decided to accent the offbeat…it’s a great tune, but had originally been cut in a straight pop style. We thought, well, that should be rerecorded. It creates a perfect bridge from our musical past to our present.” The video is the first of several promos and audio recordings the band plans to drop over the coming year. “We intend to release each on its own, eventually ending up with a compilation of all.” For this event, DJ Selector Bones will be spinning ska vinyl off and on all night. 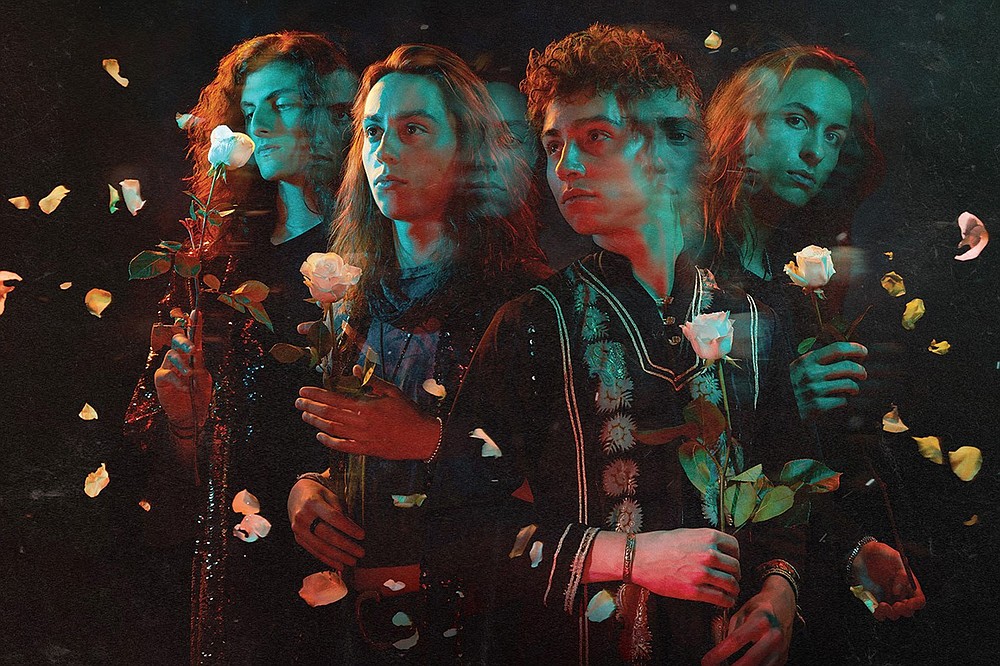 Greta Van Fleet’s March of the Peaceful Army tour finds them still riding high on all the publicity garnered from their much-discussed January appearance on Saturday Night Live, which spawned a “covfefe” level avalanche of mocking memes. The three brothers and their drummer friend are still being compared to Led Zeppelin, unfavorably as often as not, and are frequently and incorrectly described as a new band, despite having formed seven years ago. Sure, their singer’s wardrobe seems to be comprised of Sears versions of Roger Daltrey’s 1970s gear, and his always wide-eyed facial expressions resemble the guy in The Warriors at the exact moment he discovers just what kind of gang the Lizzies are. 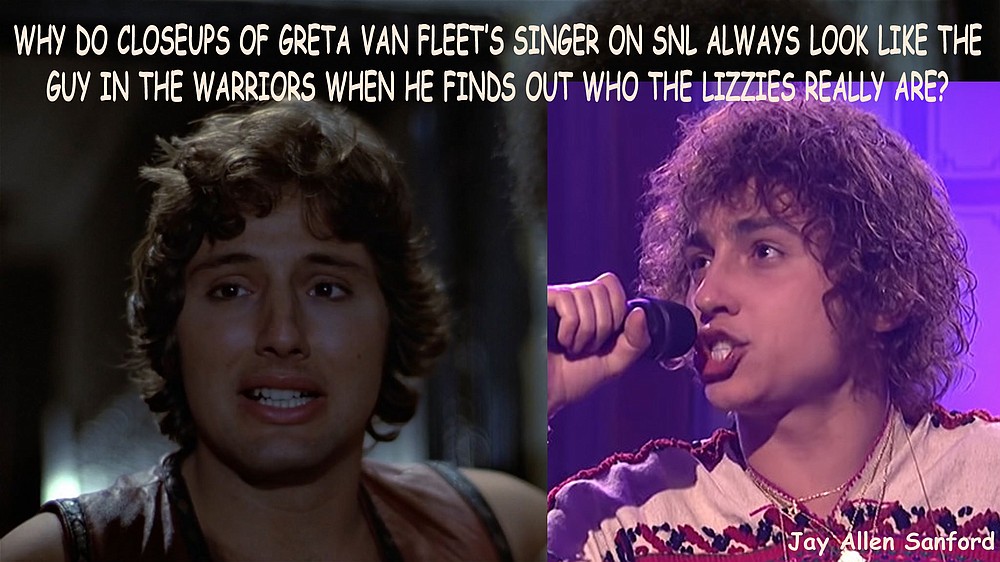 But they really are a fairly competent throwback rock and roll band. They’re at least as authentic (if not as good) as the Black Crowes, and just as sincere (though never as loud) as the White Stripes. If you attend, you’ll probably someday be telling people how you saw them back before they recorded their big breakthrough album. Also appearing will be Shannon & the Clams. 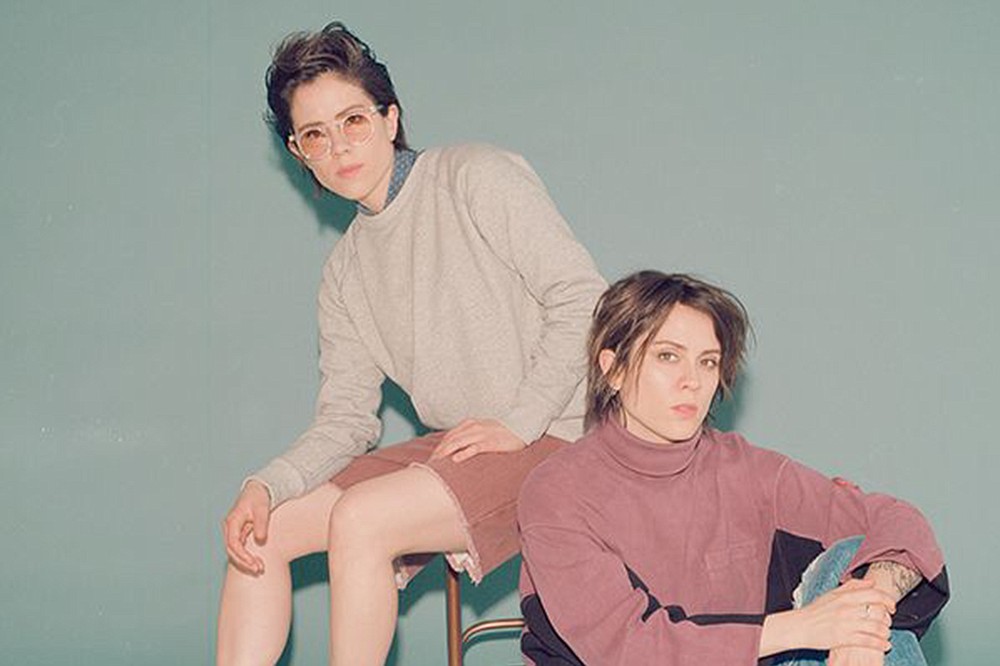 Identical twin sisters Tegan Rain Quin and Sara Keirsten Quin have been playing and performing together since they were teens, with their debut full-length dropping in 1999 when both were 19. However, they didn’t really cross most people radar until their Get Along album earned them a 2013 Grammy nomination. This appearance downtown is in support of their ninth studio album Hey, I’m Just Like You, which drops just three days before they take the Balboa stage. The album, preceded by a single for “I’ll Be Back Someday,” features re-recordings of unreleased demo songs the duo taped on cassette as teenagers, and is said to mark at least partial return to their original rock and roll sound. As they told Billboard magazine, “This is the record we never could have made as teenagers, full of songs we never could have written as adults.” They recently debuted a video for the title track which features vintage footage of the sisters growing up. According to the press for this tour, which is also intended to promote their memoir project High School, the concert “will consist of largely acoustic renditions of songs from the album, as well as older songs and clips of the two in high school.”