She will relocate to Lucerne Valley in the Mojave Desert, but SD’s Calamity will continue to rock 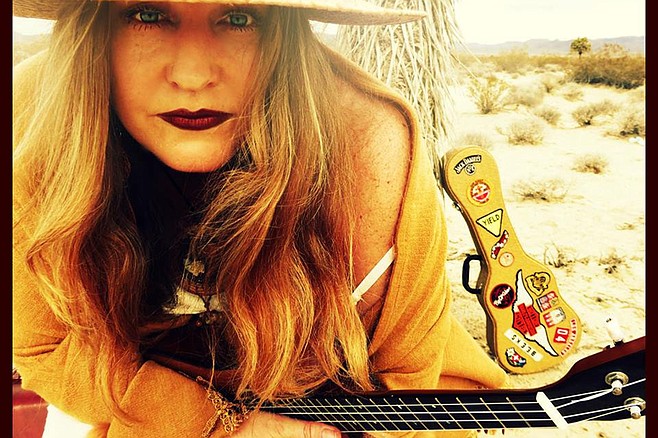 “I moved to San Diego in November of 1999, and I’ve absolutely loved living and working here. I found and married the man of my dreams here,” says Cathryn Beeks, who played with the Gandhi Method, Groove Kitties, and fronted the Ordeal for several years. “It’s been a dream, but it’s time to move on. I feel like the world is going haywire and it’s caused my priorities to shift over the last three years or so. I find myself just wanting to be around the people I love most and to try to make a difference in the world.”

After 20 years of supporting local music on the radio (including a stint hosting the famed Homegrown show), in podcasts, and running the Listen Local event series, Beeks and her husband relocated to Lucerne Valley in the Mojave Desert earlier this month in order to be closer to her parents, who are in their 80s. “We’ll help them around their ranch and explore opportunities in nearby Big Bear and Joshua Tree and who knows where else. With support from my Patreon family of subscribers, I plan to fire up the Listen Local Show podcast and seek and share local musicians, artists, chefs, and various creative and inspiring people and places. Jonny will continue to work in San Diego during the summer and plans to ski all winter long.”

She plans on maintaining her own working connection to San Diego. “My all-female band, Calamity, will continue to rock even after I’ve moved. Besides continuing to play with Calamity, I’ll still offer photo services and produce concerts, festivals, and musical events at the Heritage Ranch in Encinitas. I have too many really close friends who have become family to ever stay away too long.”

To commemorate her time in San Diego, Beeks will drop her 20 Years Here EP in late October. “It wasn’t in the plan, but I ended up in studio with my longtime producer pal Jeff Berkley a few weeks ago… I wanted to release this EP before the end of the year and have discovered the USB platform to be easy, inexpensive, and a great way to include lots of content. The USB will contain the seven new songs, as well as songs from my previous five releases, and a handful of singles that I’ve recorded over the years.

“I decided to include all of the Listen Local cookbooks, compilations, and calendars for those who didn’t get to enjoy them the first time around. I’ll also include videos, stories, photography, and some of my mixed media art as well. It’s sort of a time capsule of stuff I’ve done over the past 20 years in San Diego.”