Sorrento Valley – what little there is

Lost roads, The Corner House, fights with Mira Mesa, how to go south on 805 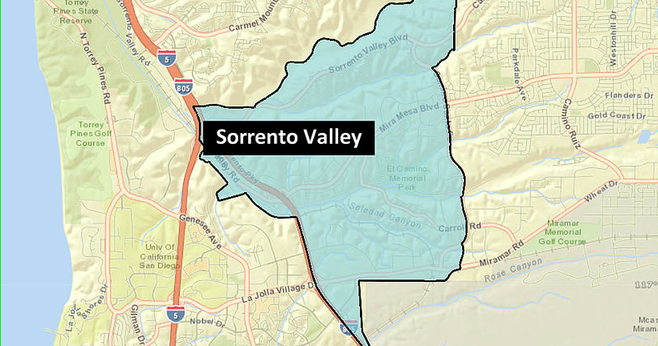 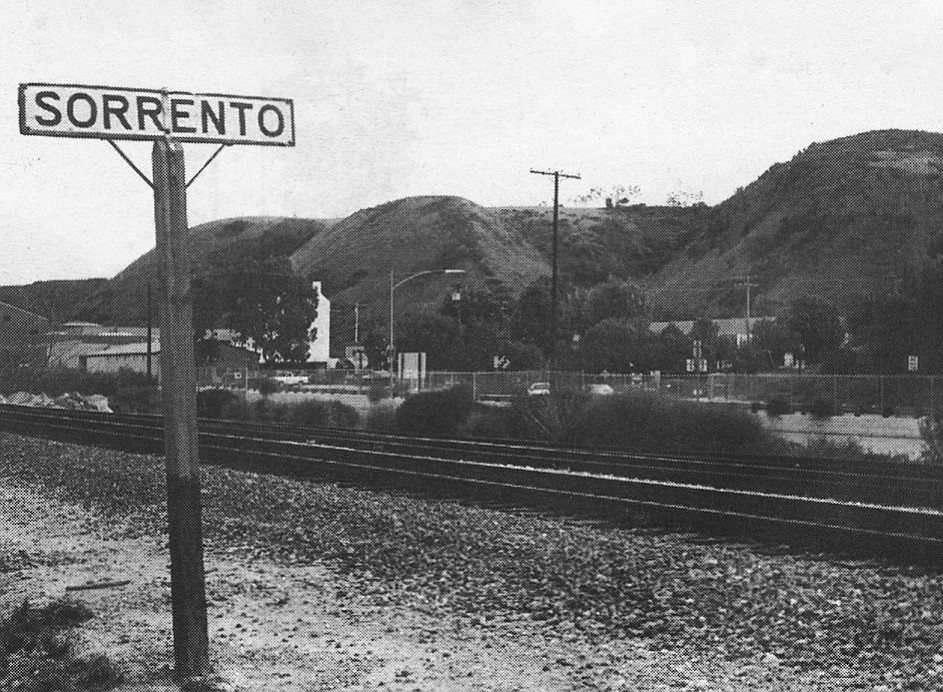 At Sorrento Station, looking south, I-5 ramp, formerly Sorrento Road, in distance at center. Smilax Road used to run in the distance, parallel to the tracks. 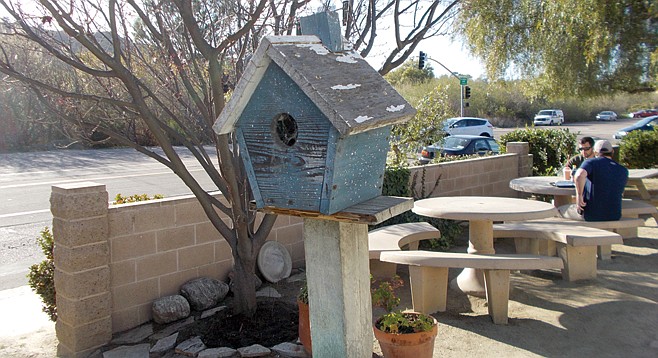 Crowds of humans and birds flock to the garden patio at lunch time. 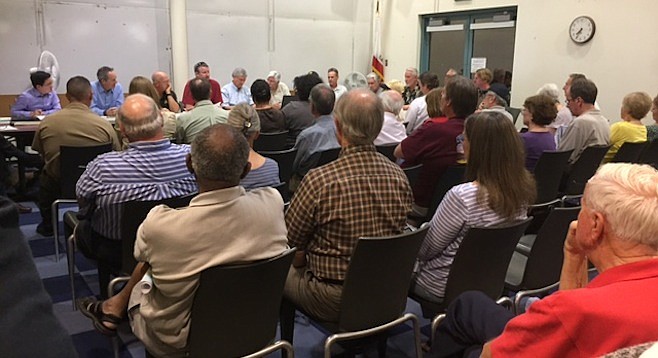 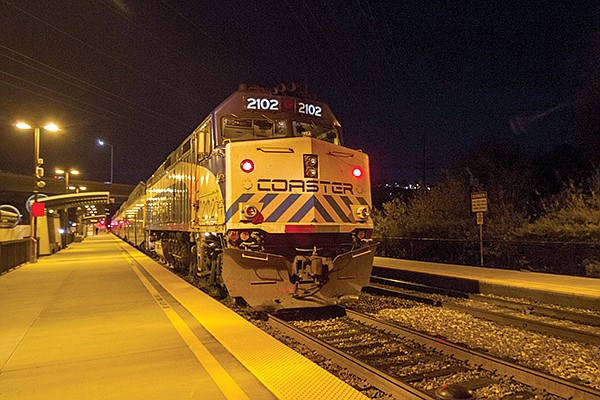 The Coaster at Sorrento Valley Station