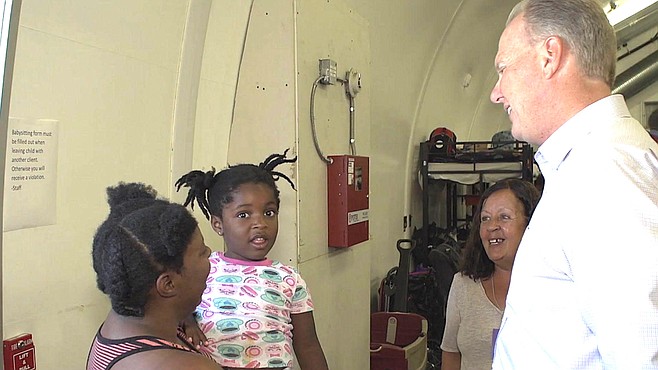 As San Diego mayor Kevin Faulconer tours California in search of good ink and his next elective office, he's dipped into his mayoral campaign fund to pay for some personal baggage at home.

Weeks after a June 24 city council vote giving Campland, LLC a sweetheart lease on Mission Bay, the ethics commission revealed the mayor had agreed to pay a $4000 penalty for late disclosure of a $10,000 Campland contribution to his non-profit, One San Diego.

Faulconer protested that his 16-month delay in disclosing Campland's February 9, 2018 donation, 15 months after the legally mandated deadline, resulted from "an unfortunate administrative error,” according to an August 13 Union-Tribune account.

"But the buck stops with me," the mayor proclaimed.

That suggested to some that Faulconer had paid the penalty with his own money. Instead, the termination statement of his 2016 mayoral reelection fund, filed September 17, shows that the campaign committee made the $4000 payment on the mayor's behalf sometime between July 1 and September 13.

In addition, Sullivan Lawyers, received $3815 for "professional services." Boasts Leo Sullivan on his firm's website, "Leo has represented a broad range of political clients on both sides of the aisle for over thirty years, including a number of San Diego elected officials, and is the only San Diego member of the California Political Attorneys Association."

Other expenditures by the Faulconer 2016 fund during the period included $141 for dinner with the mayor and three others at San Francisco's Sutter Club on February 27, along with $491 in round-trip airfare from Sacramento to John Wayne airport in Orange County for the mayor's political consultant Duane Dichiara of Kansas City, Missouri-based Axiom Strategies on May 23.

Two Sacramento-John Wayne roundtrips by Dichiara on April 24 and May 3 cost $370 and $395 respectively.

Praetorian Public Relations of Walnut Creek was paid $4000 for consulting services. The company's Matt Shupe is credited with photos of Faulconer's visit to a downtown homeless shelter which ran June 24 on the Fox News website.

In all, the Faulconer 2016 reelection fund spent $16,370.96 during the period, leaving it with a zero balance before it finally shut down.

Well Faulconer is a Republican what do you expect?

See drugs are not bad for you