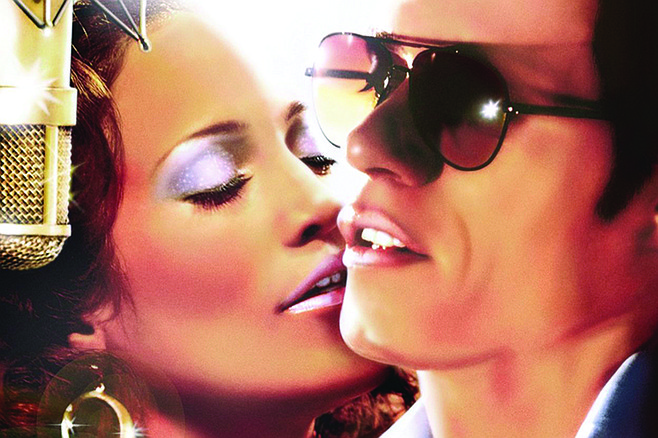 Three films and no common thread; it’s that kind of week

How the West Was Won trailer

When I was six, the owner of mom’s beauty parlor rigged a raffle and my family “won” tickets to a Sunday matinée presentation of How the West Was Won in Cinerama. My adolescent senses kicked into overdrive as I soaked in the enormity of the three-panel screen and the wonder of directional stereo sound. It wasn’t your conventional movie screen: it had a deep curve, and instead of presenting a smooth surface, the screen was comprised of tautly stretched individual slats. Because of the smaller throw, instead of a booth way off in the balcony, three little soundproof huts were constructed on the main floor to house the projectors. A revival several years ago at Hollywood’s CineramaDome offered a return visit to this childhood staple. It was torture. Virtually every composition in the film became a slave to the rigid process. The camera(s) seldom moved, and after the first 15 minutes, the most interesting part of the experience was observing how the filmmakers masked the seams by composing them behind whatever vertical object (a tree, the corner of a room, the side of a house, etc.) they could find. I mention all this only because the Dome is dusting off its 3-camera system for an October 1 presentation. 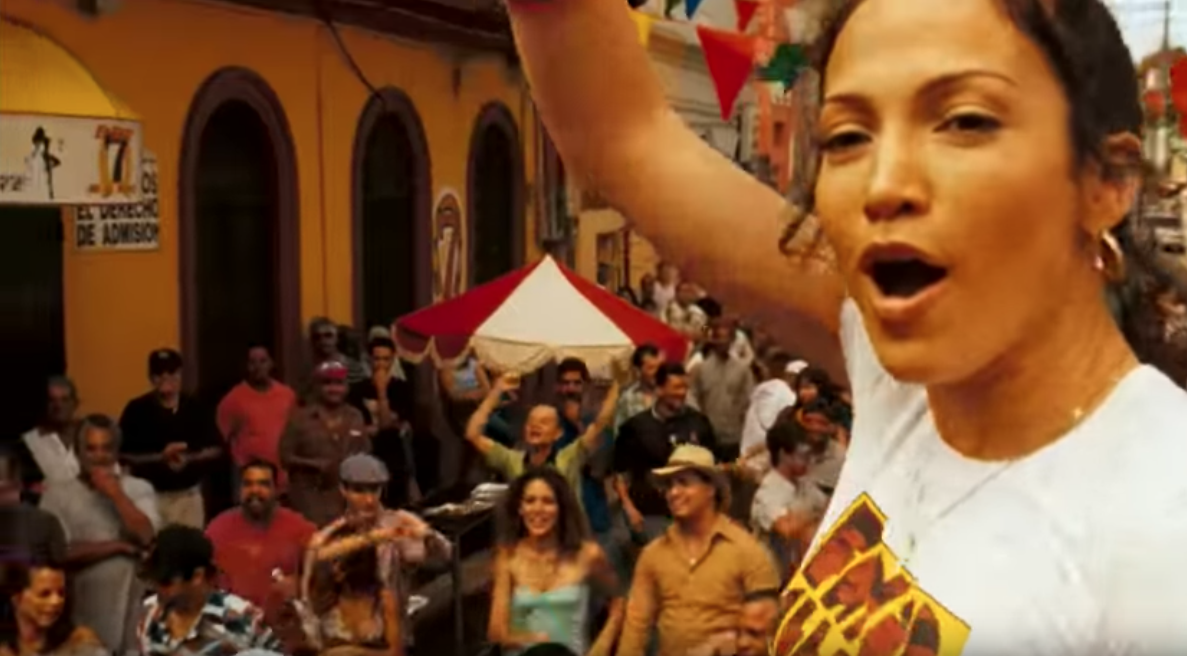 With all the Oscar buzz being afforded Jennifer Lopez’s Hustlers, let’s take a moment to revisit this more-giggly-than-Gigli Dollar Tree find. Former power couple JLo and Marc Anthony were undoubtedly the only ones to have sensed box office gold in an umpteenth re-telling of a high-profile celebrity couple slated for destruction at the hands of drink and/or drugs. Give Mr. Anthony some credit: as Hector Lavoe, the man who introduced Salsa music to gringos, he has the wherewithal to play both the substance abuser as well as Mrs. Norman Maine. No obvious technique is left unemployed by director Leon Ichaso. The black-and-white footage dispersed throughout the film is a textbook compendium of video interview clichés. Grainy footage, breakneck zooms, clapboards and visible microphones all combine to produce what looks like your typical Real World reunion show. Puchi (Lopez) is his perfect bride: she’ll do whatever drugs hubby brings home, and is quick to look the other way when it comes to his numerous indiscretions. According to this biopic, Lavoe was a pathetic, abusive, heroin-fueled brute who managed to get by in life simply because he could sing. But instead of closing on Lavoe as the drugged-out monster that he was, we’re treated to a concert.

François (Daniel Auteuil) would attend the funeral of a man he hated, just to ask the grieving mother for a piece of her dead son’s antique furniture. It’s not that François is a monster: he’s successful, very charming, and quite dashing. He also has a knack for keeping everyone at a polite, superficial distance. His business partner Catherine (Julie Gayette) is so certain that François doesn’t have so much as one close acquaintance that she gives him ten days to produce a best friend. Enter Bruno Bouley (the irresistible Dany Boon), a rapid-tongued cabbie armed with reams of useless knowledge. He’s the original man who knew too much, and whether you want to know it or not, Bruno will tell you the origins of everything from mayonnaise to the Red Cross. Even when he mistakenly credits a small studio as the home of Auguste Renoir, not Toulouse-Lautrec, he does so with such force that you’re inclined to believe him. Ultimately, their union is put to the test, along with some of our own notions of friendship. Without becoming heavy (or heavy-handed), Parice Leconte’s My Best Friend keeps the viewer’s disposition cheerful throughout.