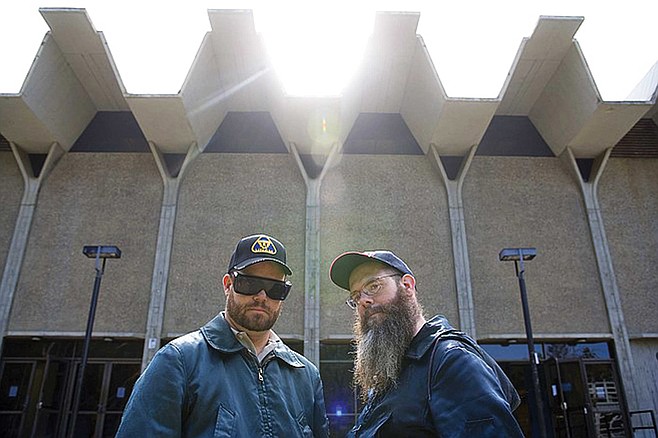 Their fourth full-length, Resurrectionem Ex-Mortuis, debuts November 5 (Guy Fawkes Day in Britain and among V For Vendetta fans), along with reissues of three other SSI records. “The album title is one of four records referencing the Iraq and Afghanistan wars,” according to John, who guested on Three Mile Pilot’s second album, as well as producing records by Rob Crow and Heavy Vegetable for his own Way Out Sound label. 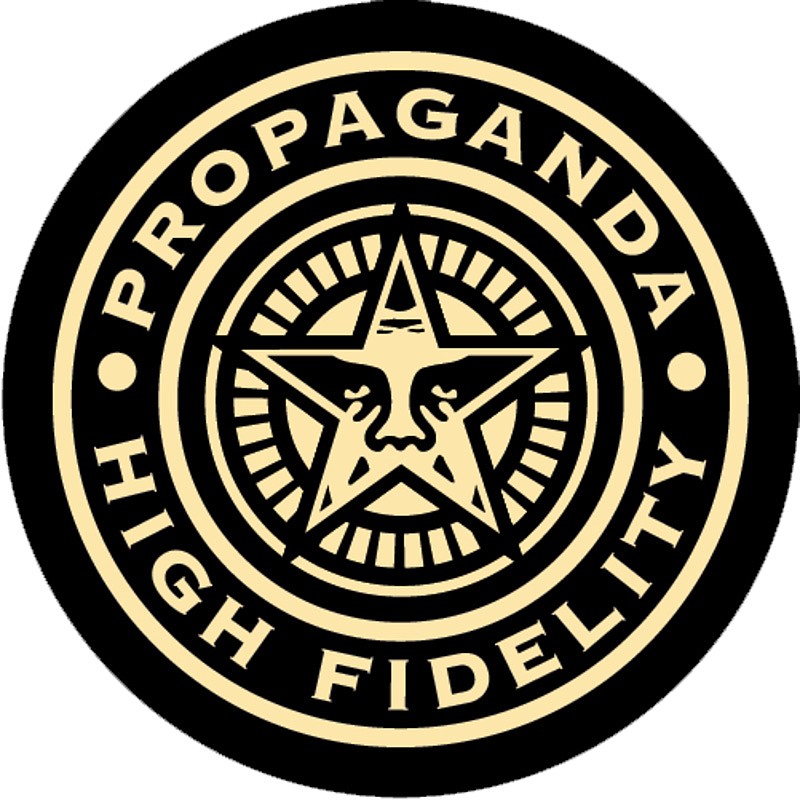 High tech collaborations are John’s stock in trade. In 2016, he helped produce NØISE, the experimental quartet that includes famed street artist and designer Shepard Fairey (known for his 2008 Obama “Hope” posters) and singer Merritt Lear, who has worked with local MVP Jason Mraz. “After many years of doing DJ edits, I approached Shepard with the idea of doing a band together ala Massive Attack or the Gorillaz.”

“I first met Shepard back in 1996 and happily volunteered my services in order for him to complete production runs. We’d hang out, crank music, and screen print. Shepard was kind enough to bring his talents to Physics for a kickass tour poster… Shepard has always liked SSI, and so he offered to put out the records on Obey Records with myself managing the releases.” In addition, Fairey has designed prints, sleeves, and signed-and-numbered vinyl picture discs for SSI.

Fairey will also help with prizes planned for a remix competition SSI is doing with software company Native Instruments, known for software synths such as Abysnth, Massive, and Reaktor. “The contest is made up of stems and midi files from Resurrectionem Ex-Mortuis which can be downloaded. The tracks are all 100bpm and the majority are in E minor, so pretty much the entire catalog can be mixed together.” Winners receive goodies from Native, as well as vinyl SSI editions autographed by Fairey.

Though SSI’s Resurrectionem Ex-Mortuis will be released through Fairey’s label (with 500 vinyl copies signed and numbered by Fairey), and their previous three albums are coming out in vinyl editions redesigned by Fairey, John says his longtime collaborations have always been crafted to succeed or fail on their own musical merits, rather than trying to attract attention with their more widely known artistic associate.

“My brother and I are around 50 and have no illusion of fame.”