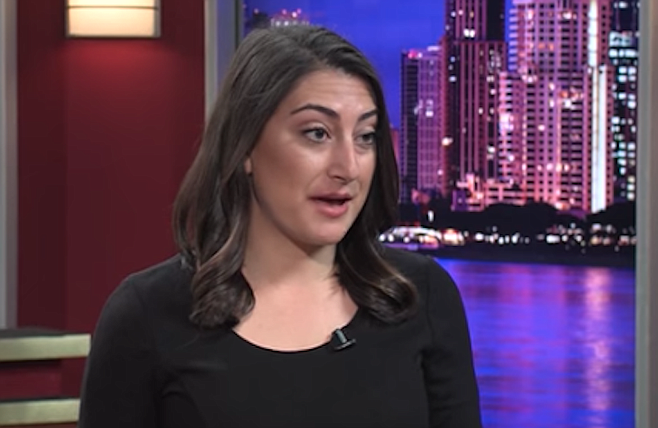 With the abrupt retirement of House Democrat Susan Davis, followed shortly afterwards by the declaration of Sara Jacobs as a candidate in California's 53rd district, eyes are turning to her billionaire grandfather for clues to his latest behind-the-scenes political power play. 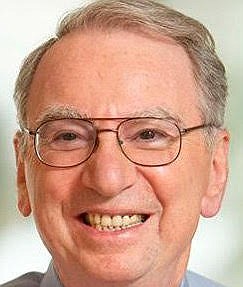 Irwin Jacobs came up with a total of $2.5 million for Women Vote!

A longtime mega-spending Democrat, whose support of Bill Clinton is credited with gaining presidential support for Qualcomm's China business forays, company co-founder Jacobs and his wife Joan have made a total of $9.9 million in federal campaign contributions since 1982, records show.

It was Irwin Jacobs who put up the cash to kick-off granddaughter Sara's first bid for Congress in the 49th district during primary season 2018, launching a cascade of television spots, ostensibly sponsored by an outfit known as Women Vote!

The Washington, D.C.-based political committee that "supports left-wing and Democratic Party candidates for public office," according to InfluenceWatch.org,fronted the splashy videos, featuring Barack Obama, himself a beneficiary of Jacobs family largesse.

Between February 7 and June 1, 2018, Irwin Jacobs came up with a total of $2.5 million for Women Vote! according to disclosure records maintained by the Federal Election Commission.

The elder Jacobs had provided $25,000 on December 1, 2017, to a political action committee called Flip the 49th formed to oust incumbent Darrell Issa before the Republican left the race. Irwin Jacobs and his wife Joan subsequently gave $10,800 to the Sara Jacobs for Congress Committee.

Besides his Women Vote! support for Sara, Irwin's biggest donations have included a total of $400,000 from 2012 through 2018 to American Bridge PAC, which styles itself as "the largest research, video tracking, and rapid response organization in Democratic politics. We find what Republicans are hiding and make sure voters hear about it.”

In addition, on June 11, 2012, Jacobs donated $2 million to Priorities USA Action PAC, formed the year before by two former Barack Obama aides to raise cash from individual fat-cats, as well as labor unions and corporations.

Closer to home, Jacobs and spouse have kicked in a total of $20,300 to the Susan Davis for Congress Committee. Well-placed local observers link the elder Jacobs’s money to the convenient timing of Davis's decision to vacate her House seat, following years of speculation about whether and when she might finally depart Congress.

What a chronicle. Gone are the days when rich grandfathers just gave their granddaughters pianos or trips to Europe. Following the breadcrumbs in the forest, children, we discover why Democratic Rep. Susan Davis suddenly decided to step away after 20+ years in D.C. and say she favors a woman replacement. Davis was an early favorite of the late Sol Price, another very rich San Diego businessman, even before Irwin Jacobs. But young unqualified Sara Jacobs must have lost her job at the United Nations or wherever it was she said she'd worked before the last time she ran for public office, because now -- time's up -- and Sara will be getting Davis' safe seat in Congress.

Why, when Davis left her literal protégé, Todd Gloria, stuck sitting at the kiddie table in all this, Georgette Gómez thinks she's going to have a snowball's chance against Sara Jacobs, is beyond comprehension.

It reminds me of the old "Demotivational" poster: This is going to end in disaster, and you have no one to blame but yourself.

She is no more a serious candidate this time than last time. That won't preclude a victory, 'cause it's money, money, money that wins elections, especially in San Diego county where too many voters are brain dead and utterly uninformed. If she should take the seat, the district's voters will get the kind of representation they deserve. The junketeer lady (Davis) is still on the circuit, "getting informed", of course, even though she'll leave Congress. Matt Potter has done a great service in pointing out her many years of going on paid tours of resorts, fancy hotels, and other attractions. Will Sara take up that mantle if the voters fall for her pitch?

If anyone wonders why I resent Irwin Jacobs and his sons, this granddaughter is the poster child for it. He buys politicians while proclaiming his benign intent. He now owns one of the county supervisors, the mayor of San Diego, and God-knows-who-else. While he could be a real philanthropist and support culture, education and the general welfare, he spends millions buying favor with elected officials. Getting her elected would be the pinnacle of success for his ambition. And that's why nobody who has a clue should even consider voting for Sara Jacobs for any office.

Follow the money. Money talks and the voter walks. It is the government of the wealthy, by the wealthy and for the wealthy. Except for a few politicians are empty suits ready and willing to do the bidding of those with money. Now that the corrupt Supreme Court ruled that money was speech most of us have NO voice.