Romeo and Juliet re-imagined with choreography

Because dance is a tribal language 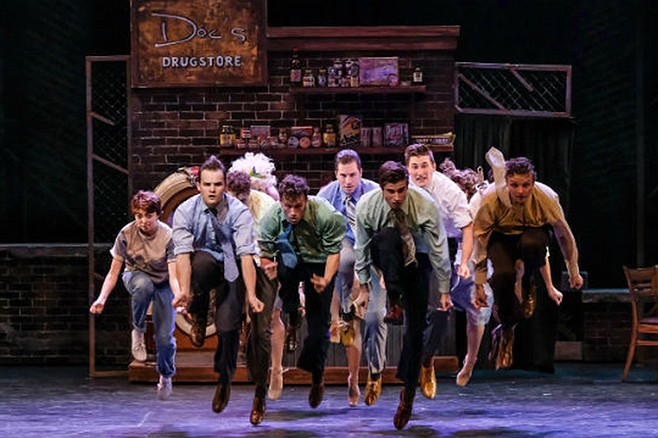 The Romeo and Juliet I saw at The Old Globe recently tried to “re-imagine” the classic tale. Leonard Bernstein’s West Side Story actually does it.

The success of West Side Story lies in the fact that it doesn’t try to be Romeo and Juliet. It takes the basic premise and then creates a culture around that premise which has its own set of values and beliefs.

Of course, the music is probably West Side Story’s greatest asset. It is, by far, Bernstein’s most enduring music. It combines rhythmic intensity with melodies that touch your ear and move into your heart.

However, the driving force behind West Side Story was Jerome Robbins, the choregrapher of the iconic style we all know, love, and parody. He and Bernstein had previously been successful with On the Town and had started a Romeo and Juliet story with Protestants and Catholics in 1949, but it went nowhere.

In 1955, the headlines were dominated by gang violence on Manhattan’s Upper West Side. Arthur Laurents, who wrote the script, suggested moving the story to rival gangs. Robbins insisted that the cast be young, unknown, and able to dance as well as they could sing, because dance is a tribal language.

Berstein consistently came up with new melodies and rhythms as Robbins stood over his shoulder at the piano. By all accounts, Bernstein’s musical flexibility allowed the show to realize what was, primarily, Robbins' vision of what theater should be.

The Moonlight Theater production (which closed August 31) used the choreography created by Robbins. That is not always the case with West Side Story. The upcoming movie version, produced and directed by Steven Spielberg is choreographed by Tony Award winner Justin Peck.