Add another campaign cash disgorgement to the pile of payouts made since last year’s revelation that private prison giant Geo Group was a donor to San Diego GOP mayor Kevin Faulconer, Assembly Democrat Todd Gloria, and a bevy of other local politicos and their favorite causes. 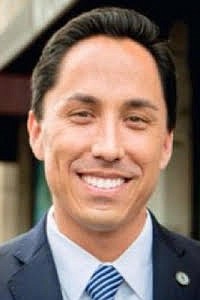 Todd Gloria – Geo beneficiary who gave the funds to charity

As reported here May 12 of last year, GEO Group of Boca Raton, Florida gave $25,000 to Faulconer-backed "Yes! For a Better San Diego" on May 10, 2018, per a day-later filing with the San Diego city clerk's office. A subsequent donation boosted the company's total to $50,000. 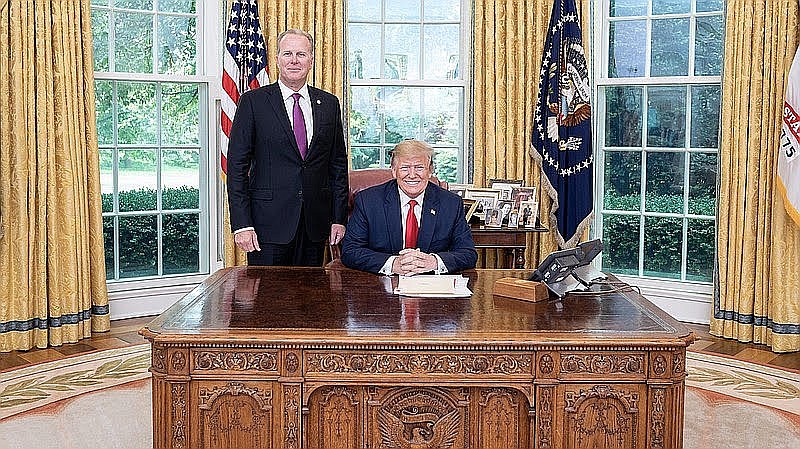 Kevin Faulconer has yet to return or re-direct Geo funds from his One San Diego charity.

"This [GEO Group] contribution, made over a year ago, has distracted from that vital core mission, so we're setting things right," said lobbyist, YIMBY Democrat, and ex-public relations aide to GOP mayor Jerry Sanders Rachael Laing, now doing PR for the convention center measure, according to a Voice of San Diego dispatch.

"The campaign will donate the money to various organizations to help vulnerable San Diegans," the report said.

Last year, backers of the tax hike claimed the proposition would produce major cash for social services, much of which, it now appears, could be diverted to the growing ranks of for-profit contractors, who, like GEO, are high-dollar campaign donors.

Laing's disgorgement announcement came as GEO Group's growing role in outsourcing of homeless services has begun to emerge as a bone of contention regarding the tax-hike measure, with accountability questions looming large.

"This infusion of money will get people off the streets and into shelters. It will fund counseling and assistance to women, children, veterans and others who have no place to turn to today," said 2018's “Yes!” website.

But outsourcing such services to for-profit operations has proved costly and controversial elsewhere, where critics say GEO has become part of a "treatment industrial complex" fostered by the Trump Administration.

"Because these companies are paid per diem, per person, they have a motivation to do what we call 'net widening' – to get as many people under the boot of the system in the harshest form of control and surveillance, for the longest time," Dalit Baum of the American Friends Service Committee told the East Bay Express last year.

Last fall, an audit by the Homeland Security Department's office of inspector general discovered braided sheets referred to as “nooses" hanging in 15 detainees cells at the Adelanto ICE Processing Center, run by GEO for the federal government, according to an October 2, 2018 account by Government Executive.

“I’ve seen a few attempted suicides using the braided sheets by the vents, and then the guards laugh at them and call them ‘suicide failures’ once they are back from medical,” one detainee was quoted as saying.

The item added, "Inmates were forced, in some cases, to wait for years for basic dental care, resulting in 'tooth loss and unnecessary extractions.' Three deaths at Adelanto since fiscal 2015 were attributable to 'medical care deficiencies related to providing necessary and adequate care in a timely manner.'"

GEO employs high-powered Florida lobbyist Brian Ballard, a major fundraiser for the president, and the company has thus far given $80,000 to the national Republican Party and $20,000 to 2020's Trump Victory Committee, according to an October 4 CNBC account.

As reported here last spring,Assembly Democrat Todd Gloria, along with state Senate pro-tem Toni Atkins were beneficiaries of GEO contributions but have since disgorged the funds to charity.

Last year, the GOP Lincoln Club used $10,000 of GEO cash to pay for an array of hit pieces and promotional online ads for itself.

Faulconer – who has posed with Trump in the White House but continues to maintain close ties to his pro-trade constituency of Tijuana manufacturers – has yet to disgorge any of GEO’s financial support to his One San Diego charity and political campaigns, per disclosure records.

Wow, is "disgorge" common parlance for re-routing tainted political campaign contributions?The image is disgusting, but not more terrible than the report of GEO private-prison guards taunting suicidal inmates as "failures" after they were cut down from their nooses of braided sheets. It reminds me of Trump's grotesque speech last Sunday describing the death-by-commando of the world's most wanted ISIS leader.

Private prisons are run by and staffed by losers who could not meet the standards of a government run prison. The administrators are charged with making a profit. They pay low wages and no/low benefits. The private prison system is rife with corruption from the top down.