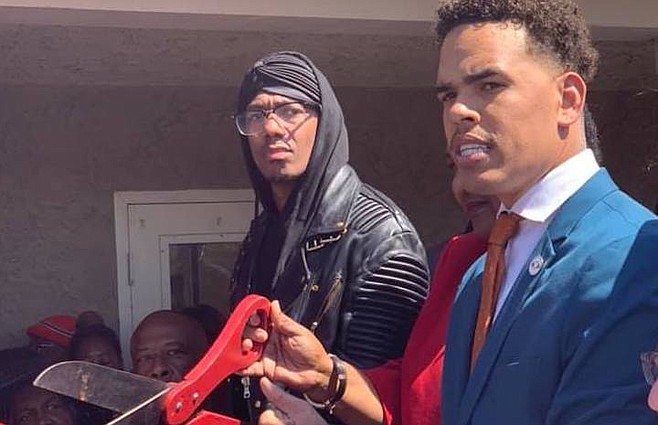 The Reader’s August 28 story “Shark Bait” told of Sara, Monet, Julia, and other girls from Lincoln High School who say Nick Cannon, host of comedy show Wild 'N Out, served as the bait for their former teacher Jason Crawford’s attempt to recruit girls. 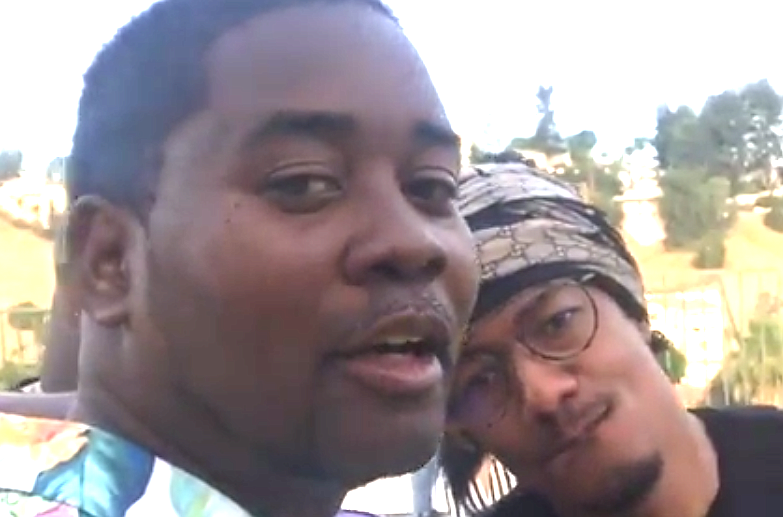 .Crawford and Cannon, May 5 2018, Wild N Out pool party on Instagram

Julia says Crawford boasted he recruited Wild ‘N Out girls for Cannon and told female students they had promising futures as models and says Cannon himself told her she should audition to be a Wild 'N Out girl when he visited the school with Crawford last year. (Wild 'N Out girls were referred to as Cannon's "hoes" in the very first episode of his show.) Sara says Crawford worked on her daily and she almost gave in. Crawford allegedly tried to persuade multiple underage girls from Lincoln, including Sara and Julia, to have sex with friend Anthony Bell Jr., his “boy with the Bentley,” in exchange for compensation.

In May the San Diego District Attorney’s office started an investigation in conjunction with the Human Trafficking Task Force. On October 15 deputy DA Carolyn Matzger informed the girls’ attorney Marlea Dell’Anno: “There is insufficient evidence to prove beyond a reasonable doubt that the suspect committed pandering and human trafficking offenses. We are therefore unable to file those charges.” 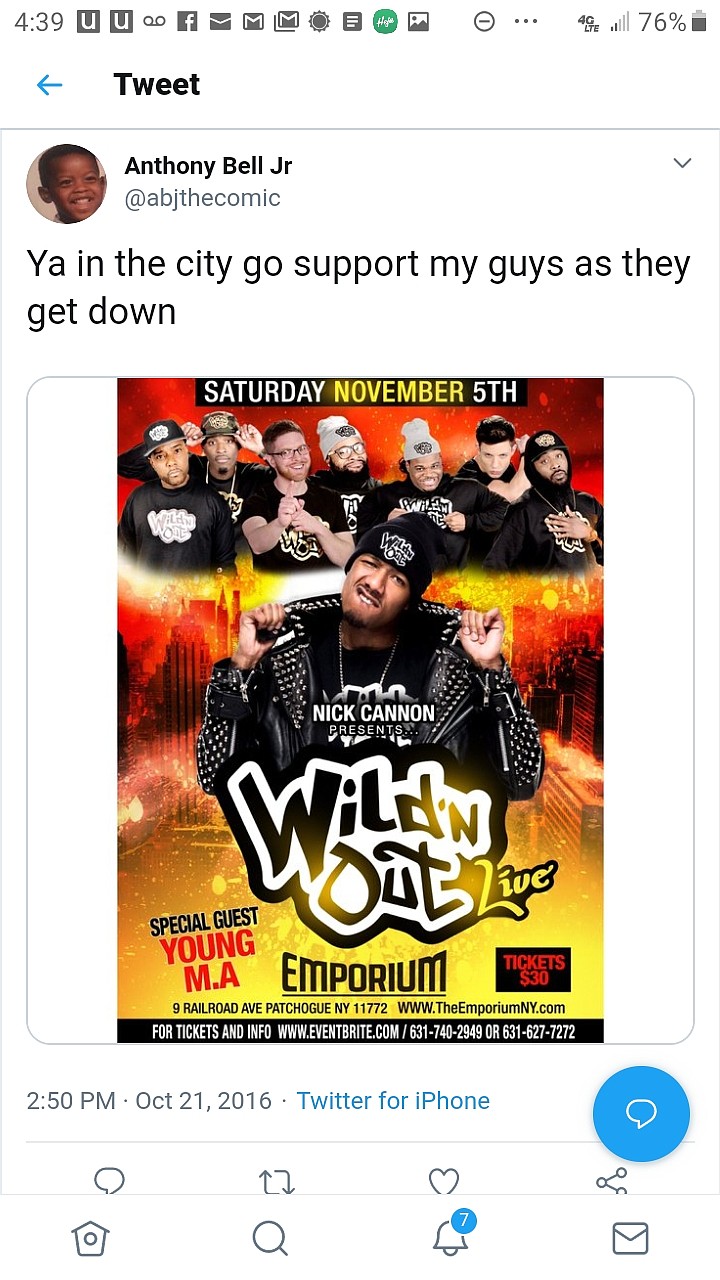 Dell’Anno, a former sex crimes prosecutor, responds, “I’ve been doing this long enough to know when an agency is doing a sham investigation. If you don’t try to get [the evidence] then you can say you don’t have it. We were repeatedly told the DA investigator was busy with much bigger projects...”

She continues, “To add insult to injury, [the DA investigator] alluded to Sara's past abuse as if she had ‘issues’ that prevented her from being a credible witness. Any trained professional working on a human trafficking task force should know that a past history of sexual abuse is the rule, rather than the exception [for the traffickers' target.] Sara is one of the most credible clients I have ever had, and this failure of the DA to protect her, along with every government or educational agency involved, is one of the worst I have ever seen. At the very least [the DA] should have filed misdemeanors with respect to at least seven Lincoln students, but conveniently let the statute run." 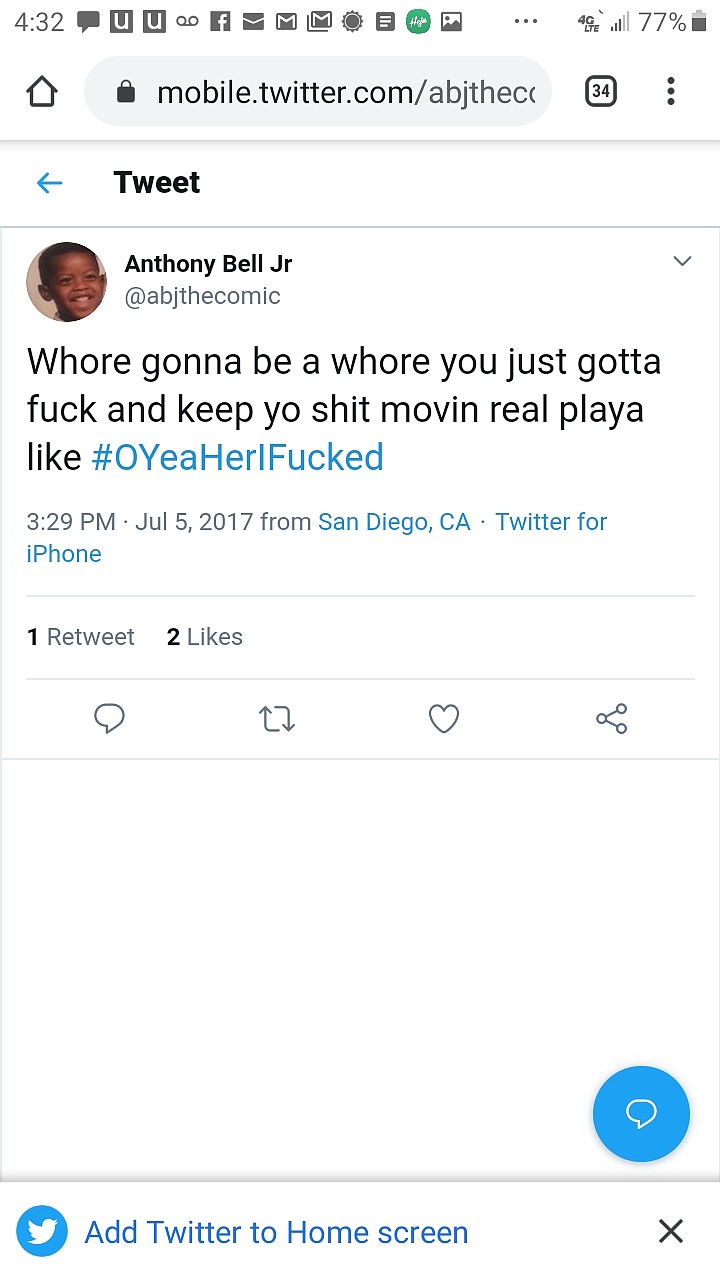 In response to my email to DA Stephan, her communications director Steve Walker says answers to my questions about what the investigation did or didn’t do cannot be provided. He does say, “The matter you reference has been thoroughly investigated and reviewed by the District Attorney’s Office…."

Monet says, “It’s hard to believe the DA did a thorough investigation when a key witness and victim was never interviewed - me.” One of Monet’s observations at Lincoln was Crawford’s interaction with a female student we’re calling Hope. “Crawford said he and [Hope] were uncle and niece and nobody ever questioned it. They always ate lunch together and he gave her lots of cash. Around homecoming he gave her more than $100. When [Hope] said she was going to get her nails done Crawford said, ‘I’m not your trick.’ ...when [Hope’s] dad found out what was going on he said, ‘I’ve never met that man.’”

Monet: “Some people are trying to turn this into a race war and are blaming us for tearing down our community. It’s not about race. I and some of the other victims are black girls.”

November 3 is the first anniversary of Nick Cannon Day in San Diego. Last year the San Diego City Council passed a resolution honoring the celebrity from San Diego exactly one week after Union Tribune reporter Wendy Fry reported the relationship between him and the recently suspended Crawford.

Monet says she posted to Black San Diego, a Facebook group with 25 thousand members: “How are we supporting Nick Cannon? As a community we have been made aware that someone who works for him is a predator...and we turn around and give him praise?”

On September 21 Cannon hosted the grand opening of the People’s Alliance for Justice headquarters in San Diego. Monet questions why the organization’s founder Shane Harris isn’t talking about justice for the girls from Lincoln High. I passed the question to Harris along with a tip I was given that he has tried to stop local media from covering the Crawford-Cannon scandal. He ignored Monet's question, asked what proof I have that he tried to suppress the story and stated, "I also don't have to comment on something you can't prove."

Dell'Anno filed the first sexual harassment lawsuit against Crawford in August. Allegations against Cannon and Bell are included in the complaint but so far they haven’t been added as defendants.

Local attorney and child advocate Matt Valenti has followed this case and read through one of the police reports. He says, “This is deja vu for me. It’s like they decide perps who can hire good lawyers are off limits. They file charges against the poor every day with far less evidence.”

Both Summer Stephan and Mara Elliott have shown they're not just incompetent, but morally derelict and criminally negligent in executing the duties of their offices.

If only the rest of the local media would quit fawning over them, voters might realize just how badly we're being screwed and never elect them again.

Stephan is supposed to be very committed to ending "human trafficking" and Elliott has put in her two cents also. What neither of them seems to know how recognize or prosecute is local political corruption. Stephan's predecessor Dumanis, who hand picked her, did almost nothing about rooting out such corruption. If you don't want to accept the notion that there is such corruption, there's no help for you. But it exists, especially in the city of San Diego and in South County, and goes unchallenged and untouched.

So, yes, both are morally derelict and criminally negligent, two attributes of much of the local political establishment.

Yes, Dumbanus was only good at throwing the book at you if you were poor and giving coppers a free pass.

It breaks my heart that these young ladies didn't receive the justice they deserve. Prayers...