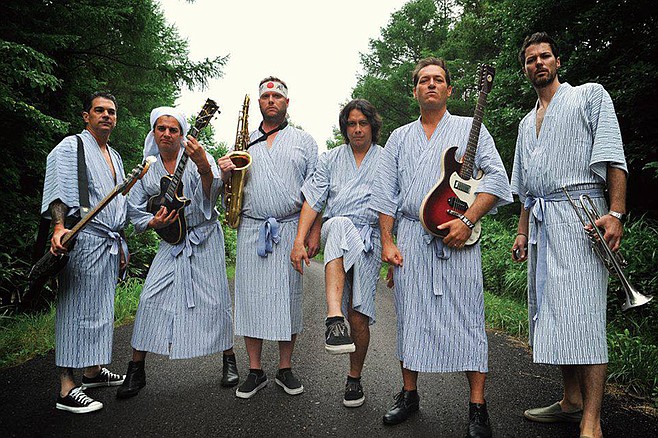 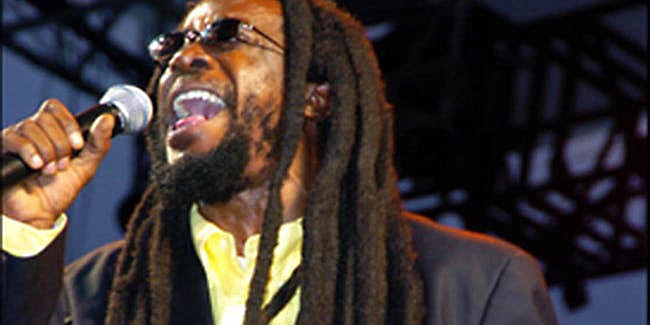 The talent lineup for this year’s Peter Tosh Birthday Celebration may be populated with second stringers in today’s ever-growing reggae scene, but at least several are pedigreed B-listers whose roots date back to Tosh’s own era. Headlining is 57-year-old Half Pint, who comes from the same West Kingston region as Tosh, Rose Lane, also once home to Bob Marley and Lee “Scratch” Perry. His first big hits were in the early ‘80s, most notably “Winsome” (later covered by the Rolling Stones and renamed “Too Rude”), “Loving” (covered by Sublime), and his biggest hit “Greetings,” reportedly recorded in a single take circa 1986. Also appearing is Black Uhuru singer Andrew Bees, a key member of that band on definitive classic releases such as Red, Mystical Truth, and Guess Who’s Coming to Dinner, as well as their most recent album from 2018, As the World Turns. The celebration also includes King Hopeton (who earned a Grammy nomination for producing As the World Turns) and the Yellow Wall Dub Squad (mainly comprised of Jamaican studio session musicians). 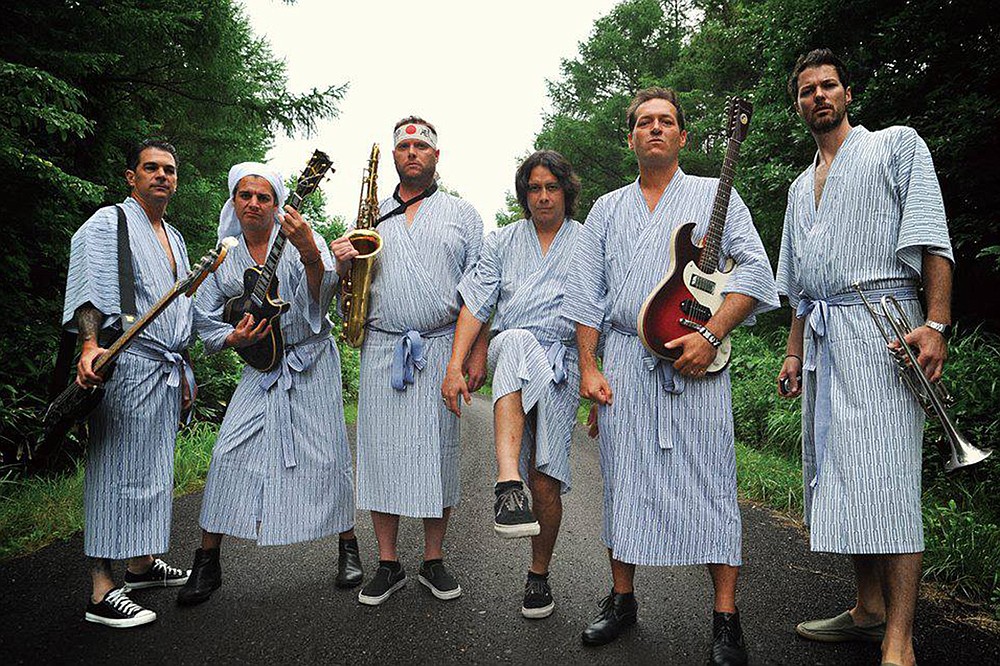 Rocket From the Crypt

Rocket from the Crypt and El Vez

The Reader has been archiving vintage local music video clips on a YouTube channel, mostly from 1980s-1990s public access programming, with October uploads so far featuring 1993 performances by Sinister Life (at Brewsky’s Pub), Collage Menage, and Cranial Vacancy, and 1994 sets by Mercy House and the Promise. The most viewed clip of the month is a short clip of hometown heroes Rocket From the Crypt showing an MTV VJ around San Diego in March 1994. Filmed when the band performed on the air during the network’s spring break specials taped that year at Mission Beach, the YouTube clip includes footage of Shelter Island (where frontman John Reis points out his granddad’s name on a tuna fisherman memorial), the Casbah, Live Wire, and elsewhere.

Rocket From the Crypt shows you around San Diego March 1994 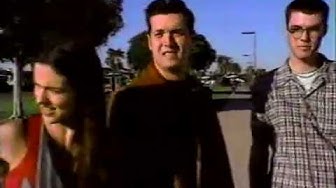 The band ended up being inactive for a long period, until a surprise reunion performance of “He’s a Chef” on the children's TV show Yo Gabba Gabba! That led to a series of comeback gigs, including a European tour with fellow locals the Schizophonics, and occasional area appearances that still bring out longtime fans hoping their Rocket From the Crypt tattoo will get them free admittance to any RFTC concert. The seven-band bill includes El Vez, Ceremony, LA Witch, Alvino & the Dwells, Slaughter Boys, and Death Valley Girls, playing in three rooms while patrons enjoy peripheral perks such as free tattoos. 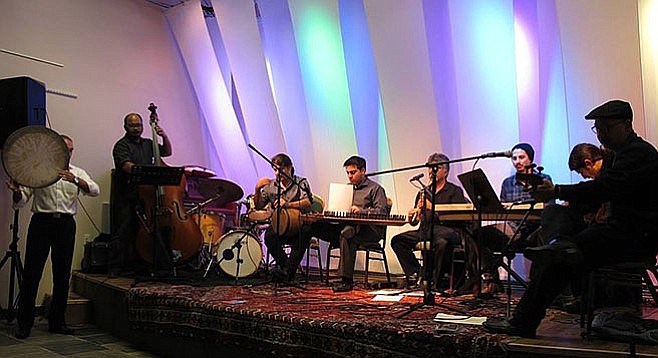 Local experimental music collective Stay Strange will curate a free music program mixing genres and performers from San Diego and L.A. “The themes for this year’s event are traditions, rituals, and storytelling,” says Stay Strange honcho Sam Lopez. “Traditions through the cultural process of performing music, rituals by the sequence of the song, and storytelling through the movement of the music…you can expect heavy percussive world and global music, mysterious folkloric instrumentals, and mesmerizing shadow play performances.” Among the bands will be locals Dornob, a cross-generational Persian dastgah group playing avant-garde twists on classical Persian music. Founded in 1985, their website describes their sound as Persian classical, folk, and original music played with mixed instrumentation (East/West, acoustic/electric) in the spirit of postmodern world jazz. Live performances utilize Persian instruments - tar, tombak, ney (bamboo flute), tombak and daf drums, santur, and qanun (zither) - as well as fretless bass guitar and Persian-tuned keyboards. Other performers include Genetic Windsongs of Truth & Revolt (indigenous music utilizing industrial and electronic soundscapes), the Sorcerer Family (occult electric ukulele), Sean Francis Conway (spiritual hurdy gurdy and voice), plus in-between music by DJ Mossfarmer. There will also be a Lost At Sea Shadow Puppet Workshop in the Library courtyard. 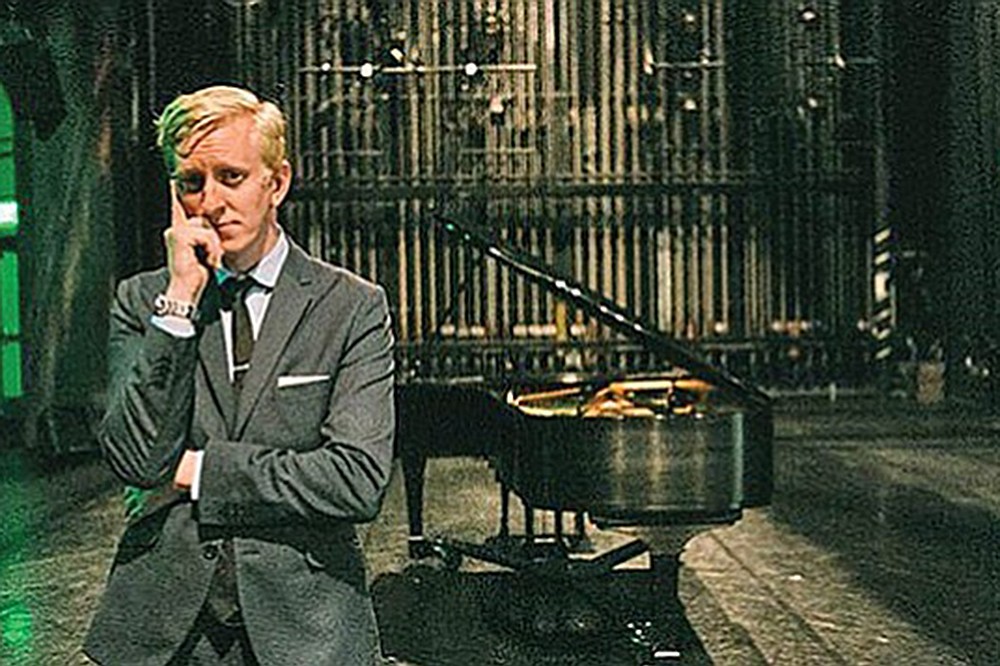 La Mesa’s Valerie Victor Concert Series presents jazz pianist Ed Kornhauser Live at The Table. After Kornhauser’s family relocated from the east coast to Escondido, he attended SDSU and studied under pianist Rick Helzer, receiving a Bachelor of Music in Jazz Studies in 2009. He went on to become the staff accompanist at Unity Way Church in Vista, as well as playing and recording with various area ensembles. Collaborative efforts include a term spent with the Matt Smith Neu Jazz Trio, whose debut 2013 recording Shorthanded features his piano work, as well as manning the keyboards for Soft Limits, alongside fellow local jazz star Charlie Weller. He’s also been known to lend his talents to blues bands, as well as playing with Jucebox, a retro funk quartet. As a freelance musician, he can frequently be heard backing vocalists such as Amelia Browning, Jonathan Karrant, and Whitney Shay. For this showcase performance, anyone is welcome with no admission fee. A freewill offering will be collected. 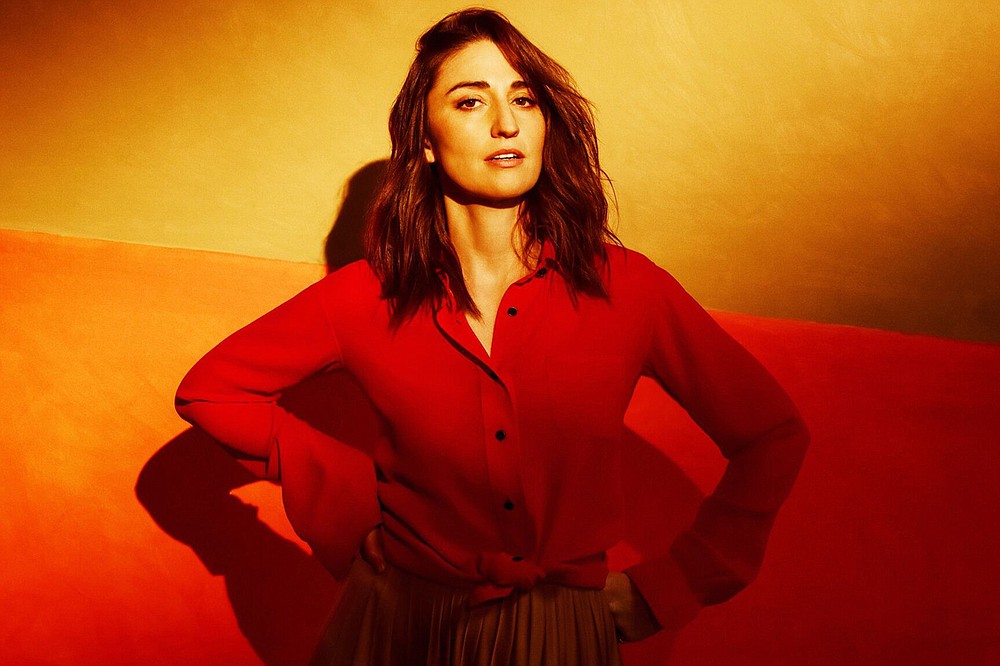 Operatic female pop is nothing new – think Kate Bush, Tori Amos, Nina Hagen, or San Diego’s Diamanda Galas. Even Pat Benetar was a classically trained opera singer. But that doesn’t mean it’s not still fresh sounding to young ears just now coming across singers like Adele on Spotify. Sara Bareilles’ most recent dive into the pop mainstream comes mainly thanks to the buzz created by her April Saturday Night Live appearance, where she presented somewhat jaw-dropping versions of “Saint Honesty” and “Fire,” off her new Amidst the Chaos album. But she actually scored her first hit pop song back in 2007, when her single “Love Song” hit number four on the Billboard Hot 100 chart. Amidst the Chaos is a sharp left turn from the theatrical aspirations she seemed to be pursuing with her songwriting for the Broadway musical Waitress and her portrayal of Mary Magdalene in the 2018 live TV broadcast of Jesus Christ Superstar (which led to her co-hosting that year’s Tony Awards). However, it’s not much different at all from the music on her early albums like Little Voice, which she promoted on tours with everyone from Counting Crows to Marc Broussard and Maroon 5.