Misadventure & Company: the positive side of a carbon-negative product 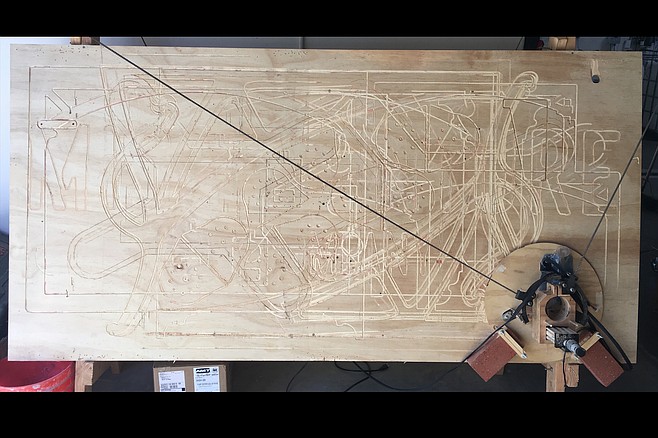 Bartender Whit Rigali and agricultural economist Sam Chereskin didn’t set out to make vodka. They wanted to make bourbon. But what do you know: bourbon takes time to age into its glory, and most investors would rather not wait years to see a prototype of your product. (Vodka, on the other hand, takes a week, once you’ve got everything in place for a grain-to-glass operation.) That rather significant pivot was maybe the biggest reason behind the decision to name their Vista distilling operation Misadventure & Company. The others? Rigali says that “in the long run, struggles and lessons learned are the things that people really should be toasting.” And Chereskin points to “the environmental calamity that we’re currently living through.” 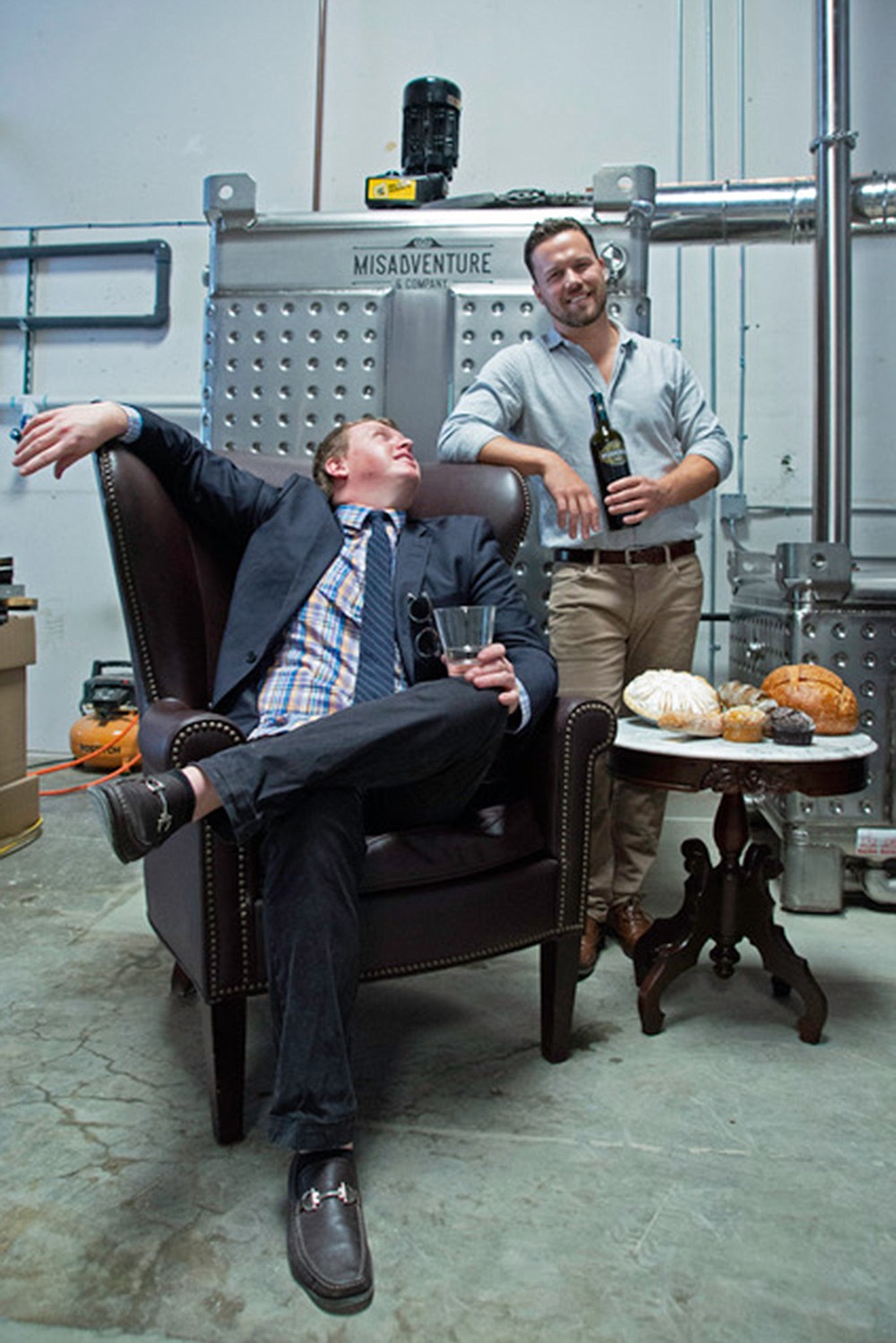 Chereskin (seated) and Rigali, creators of a craft brand that gets cooler as it gets bigger.

He’s not suggesting folks drink to forget things like global warming or the Natural Resources Defense Counsel’s 2015 report and its finding that 40 percent of food in America gets thrown away. Quite the opposite. “As far as we can tell,” says Chereskin, “our vodka is the first man-made carbon-negative product in the world. We can give the consumer a choice: you can have a vodka that, with every sip, makes the world literally better, or you can have any other vodka.”

They manage that carbon-negative trick by making their spirits from surplus breadstuffs donated to local food banks. Jalapeño bagels, blueberry muffins, Oreo cookies, anything made from refined wheat flour. “We joined our local food policy council,” recalls Chereskin, “and at the first meeting, we asked if anyone had extra bread. Six hands shot up.”

Overproduction makes economic sense when it comes to baked goods, and shelf life is short. So, surplus, even at the food bank level. “But not waste. The fact that we exist means that it was never waste.” The same plot of land, treated with the same fertilizer, produces raw material for both bread and vodka. The same truck hauls it away. And, adds Rigali, “a University of Michigan study showed that simply by preventing this stuff from decomposing into methane, we can ship our product all over the country and still have a smaller carbon footprint than a vodka grown and made locally.”

And wonder of wonders, it also manages to be both good and affordable — a sticking point for so many earth-friendly products. Chereskin: “We tied Boyd & Blair — the best in the world three years in a row according to Spirits Journal — with 94 points at the 2018 Ultimate Beverage Challenge.” Rigali: “The 22-dollar mark was a sweet spot that didn’t devalue the brand, but was still something that could be a tool for bartenders when they make cocktails, something they could tell their patrons about.” Straight, it’s surprisingly viscous, and tastes (to me) of vanilla and white pepper. “Note what isn’t happening in your esophagus,” says Rigali, referring to its burnless evanescence.

To realize the founders’ vision of both making something interesting and doing something good, Misadventure & Co. built much of their own equipment, including their super-efficient still. If you’re curious, their facility will open for tours on November 1.