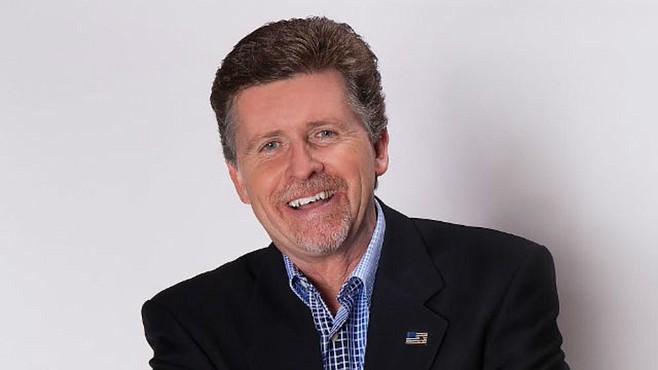 The break-up of the KFMB stations predicted last year is happening.

Big changes may be coming to news-talk KFMB-AM 760 and 80s hits KFMB-FM 100.7 as they split off from TV mothership Channel 8 and its owner Tegna, Inc. 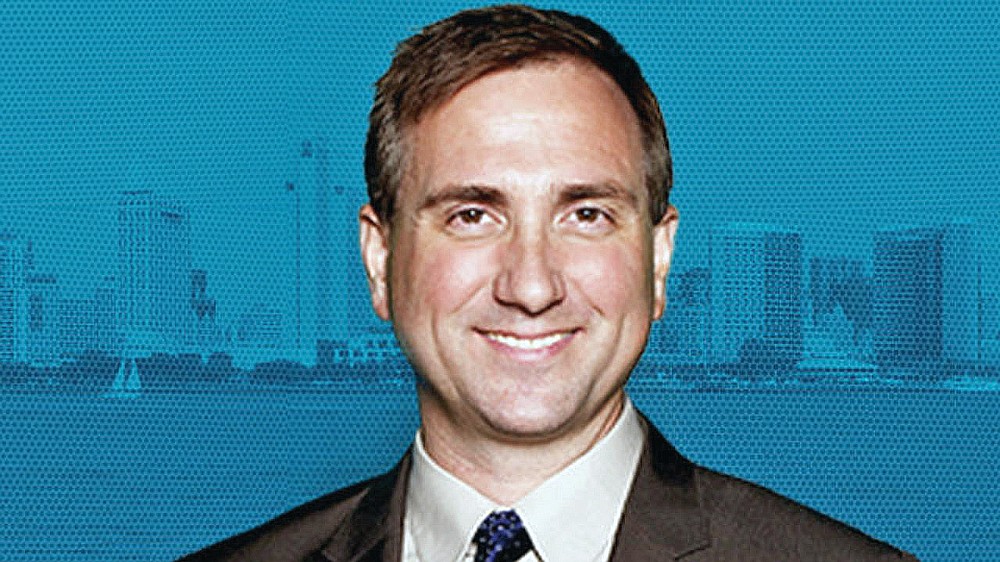 While no changes are afoot at TV stations Channel 8 or "CW San Diego," local Tegna radio employees discovered last week that Tegna is in the process of spinning off its San Diego radio stations 760 AM and 100.7 FM.

This likely means big changes are likely coming to the historic local broadcaster KFMB 760 AM which has been known over its 78-year history for such popular fare as Padres baseball, ribald night-time talker Bill Ballance, and corny-but-popular morning team Hudson & Bauer. 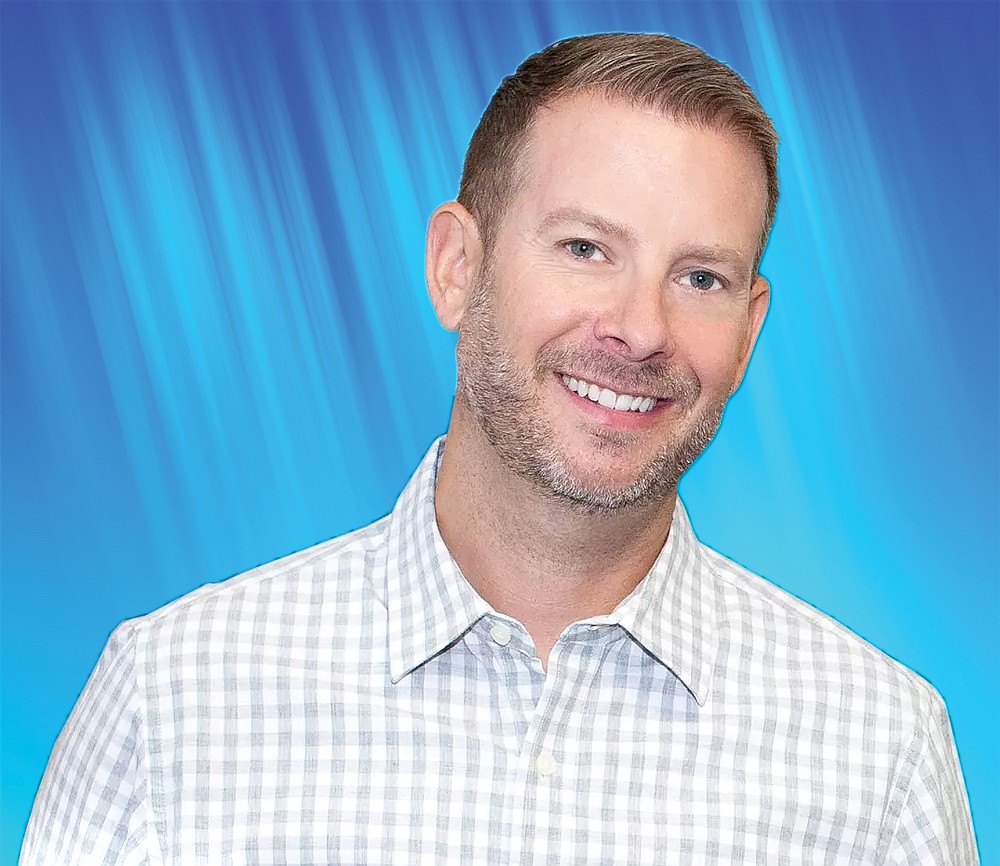 Does the hiring of Mighty 1090’s Darren Smith prove that iHeart Radio wants to stay in sports talk?

Tepid ratings may signal an end to news-talk on 760 AM under new owners.

Since it took over, Tegna did not seem inclined to dedicate resources to KFMB 760 AM. While he did not reply to comment for this article, KFMB station general manager Alberto Mier y Teran told me in May: “On weekends there is no one in the building to do local radio on KFMB-AM.”

And KFMB 760 AM’s live-and-local talk show lineup, is not exactly on fire.

The Nielsen ratings for July/August/September, show that conservative talk show host Mark Larson, a frequent KUSI-TV talking head, barely registers with the sought-after listeners aged 25-54 when he is live weekdays on KFMB-AM. The Nielsen survey says the second hour of his 10 a.m. to noon show has just 400 listeners at any given time. Fellow right-wing afternoon talker Brett Winterble shows just 600 countywide listeners aged 25-54 during his 4 to 5 pm drive-time hour. These numbers are dwarfed by primary news-talk competitor KOGO which has over four times the listenership of 760 AM during those two hours. 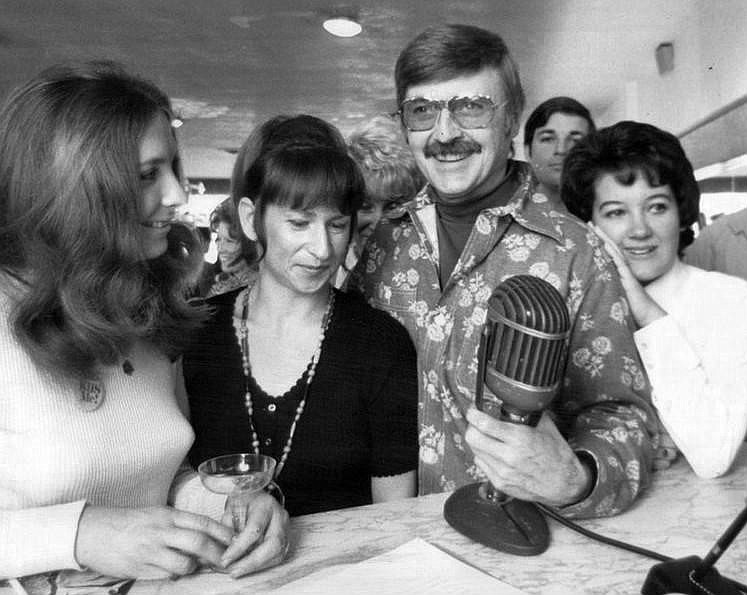 Tegna was created in 2015 when it was carved out of the Gannett media empire. The Gannett company then focused on print (USA Today and other major print dailies) while the new Tegna, Inc. was made up of Gannett’s broadcast properties. Tegna continues to expand by buying up TV/radio groups. It now controls 62 TV stations in 51 markets including Houston, Dallas, Seattle, and Atlanta.

But as Tegna bought TV/radio groups coast to coast, it regularly sold off the radio stations while keeping the TV properties.

While initially saying a radio sell-off wasn’t in the plans for San Diego, KFMB 760 AM and KFMB-FM 100.7 appear to be headed for a sale based on what local employees discovered in a memo last week.

Recently, investors looking to buy KFMB 760 AM and 100.7 KFMB-FM were told to submit their offers to Tegna which would announce a new owner by November 15. Tegna did not set minimum bidding guidelines, but insiders say the value of the two KFMB radio stations may be in the $8-to-$10-million range.

According to one insider, the two KFMB stations may be destined to be swallowed up by iHeart Radio, the 850-station chain that owns seven other local stations. Should that happen, the insider says that would likely mean iHeart’s local sports station KLSD would be moved from its limited 1360 signal and plopped onto 760 AM, completely replacing 760’s current news talk lineup.

Anne Bentley, Tegna’s spokeswoman, said by phone on Friday that she would have no comment on Tegna’s spinoff of KFMB-AM/FM.

In North County, KLSD’s 1360 AM’s sports talk signal is scratchy during the day and inaudible at night, while 760 AM has a strong countywide daytime signal. It jumps at night to 50,000-watt multi-state coverage. While San Diego is not considered to be a sports town, the KLSD sports format could better compete with its primary sports competitor The Fan/97.3 if it were0 moved to 760 AM.

It seems iHeart Radio/KLSD remains devoted to providing sports radio to San Diego. Even with its poor 1360 AM signal, iHeart’s KLSD has eight live-and-local sports talk personalities who are heard every day, Monday through Friday. KLSD 1360 AM recently issued a contract to Darren Smith, the sports talk host who spent over a decade at the now defunct Mighty 1090. By comparison, The Fan 97.3, which is owned by Entercom, has a weekday on-air staff of just five primary sports talk personalities.

Not only would the move to 760 help iHeart’s KLSD compete with sports competitor The Fan, but by removing the current KFMB-AM news-talk lineup from the airwaves, iHeart’s KOGO would then have no direct competition.

It remains unclear if iHeart could come up with the millions necessary to buy the KFMB stations.

Tegna’s desire to sell off the radio stations it acquires may be tied to traditional radio’s nationwide decline in value. After running without commercials for a year, Escondido’s KFSD 1450 AM (with its transmitter in Stone Brewery’s parking lot) went off the air in June. It joins AM stations in Redding, San Jose and Riverside that have gone dark in the last year.

And Mexican station owners are finding they can no longer find Americans are willing to lease their border stations which have been a part of American listening habits. Eighties oldies station Max FM 105.7 and sports talk Mighty 1090 were both kicked off the air by their Mexican owners in the last twelve months because the American broadcasters could not pay their leases reported to be over $50,000 a month. The 50,000-watt XEWW 690-AM, once home to XTRA Sports 690, now broadcasts to Chinese-Americans in Cantonese and Mandarin.

All KFMB stations (Channel 8, CW San Diego, 760 AM and 100.7 FM) are currently housed in the same complex on Engineer Road in Kearny Mesa.

It’ll end up catering to people from different countries like everything else these days. Yay, another overpowering to the point of distorting other frequencies Banda station !

how about a Banda/ska/polka hybrid format? They are similar anyway.....

Correction: November 15 is the cutoff date to submit bids. The announcement will not necessarily be made on that date.

It is more than interesting that the seller of those stations, and who received about $ 1/3 billion for them, is our local billionairess Elisabeth Kimmel. That wouldn't be a big deal if she was just anyone; she's one of the parents who is charged in the college admissions case and who is accused of buying her daughter's admission and subsequent diploma from Georgetown, and then buying her son's way into USC as a pole vaulter. But it gets worse in that the payoffs are alleged to have been paid from a tax-exempt family charitable trust. She can expect problems from both the US Attorney and the IRS,

In recent weeks we have been bombarded with reports of the travails of Felicity Huffman and her 13-day jail sentence. She was guilty of far less than the accusations against Liz. In the past weeks, there have been no news reports of how Kimmel plans to try to avoid a jail sentence. She has "lawyered up" and will probably spend something in the million dollar range to try to beat the rap. All the while these other hapless defendants are copping pleas and getting smacked on the wrist. For them this episode may be only a memory when the last few holdouts are sill litigating. Have there been any reports on any of the local stations about our star defendant and what she's been up to? Not for many weeks. Wonder about the objectivity of the local outlets? I do.

It will be odd to think of the KFMB family of stations being broken up. While they were never the leaders of their segments, they did have viewership and listener-ship, and and some family connection. Now they will be cast to the four winds, and another local icon, the KFMB stations, will pass into history.

She’ll get a slap on the wrist for things you and I would do YEARS in prison for. Justice is often for those who can afford it.

Great article Ken L. Knowledgable and accurate. Have you ever thought about a career in radio?

Is there such a thing as a career in radio?

Right....left......don’t matter because you still end up with a politician.

Just az so long I don't hear Si****XM doing anything to their treasure. (I meant as hear)

Mark Larson has been showing up on KUSI News too much, as a commentator. More like a common tater, if you ask me. He and DeMaio should move out of San Diego; we've had quite enough of their incessant bombast. They would fit nicely in right-wing Kansas.