170 cans a month for Netflix

On October 13, B. Cardenas was alerted on her phone: she had a little over two weeks to turn in her cans — to receive her free Netflix.

Cardenas was referring to an October 6 Facebook post made by the Cada Evento news outlet which reads in part: “The machines for recycling cans are a success. But unfortunately, it is a temporary program [and] you have until October 31 to bring your cans.” 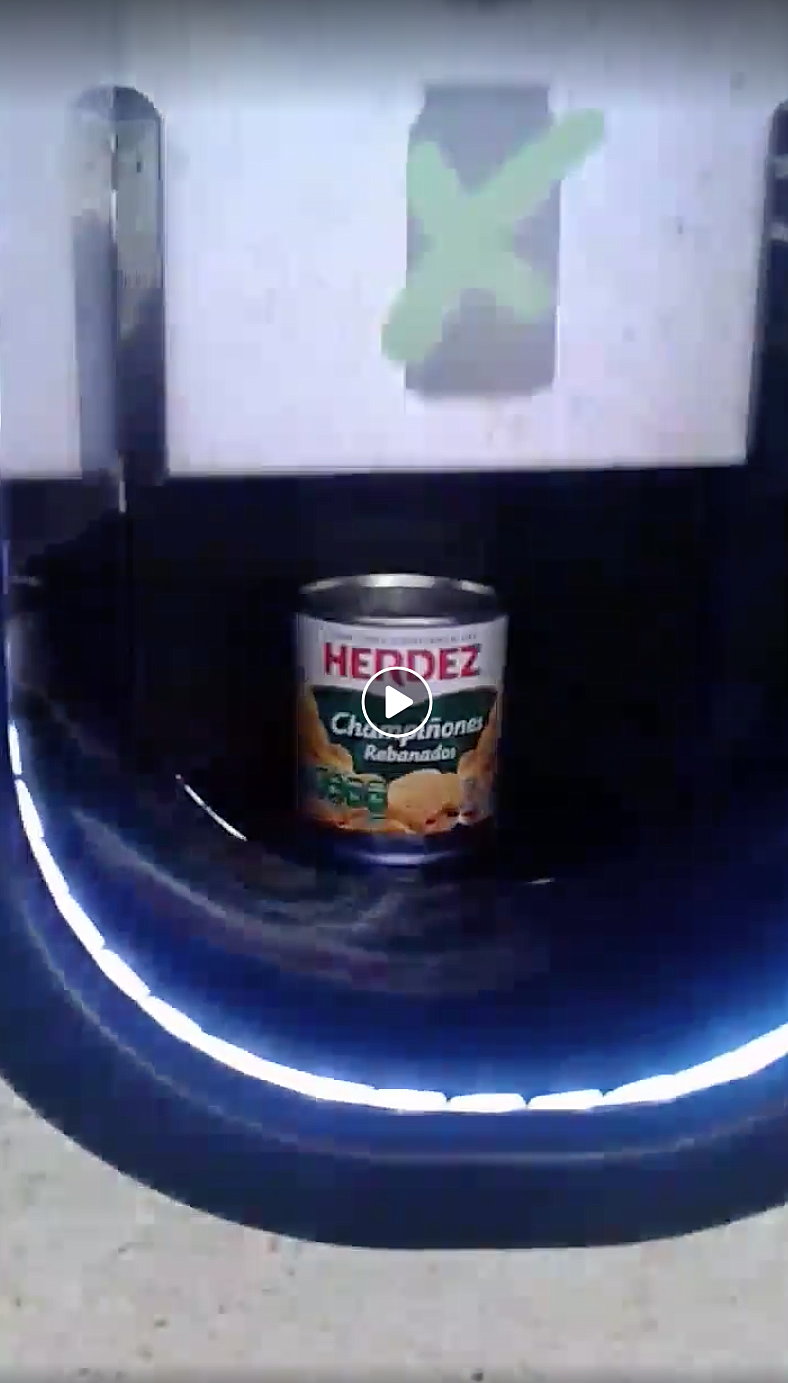 “Recycle your cans and get 1 peso for each can for use in electricity bills, airtime (Movistar, Telcel), Netflix, movie tickets and more … The #Herdez machines can be found at: …. #Tijuana: Casablanca Ley and Sendero Tijuana Ley.”

“I just called the Ley Supermarket at Boulevard Casa Blanca,” Cardenas told me on October 14, “[the Ley employee] said the machine works and I can take all of our cans. There is no limit and the lady said people are bringing in car [loads].”

“How many bags did you guys save?” I asked Cardenas; “about ten bags — they are saved at my cousin's house by the college (Universidad Autónoma de Baja California),” she responded.

On the videos online, the Herdez recycle machines with a touchscreen and camera, appear slightly larger than soda machines. They are activated by a QR code provided when you download the app onto your phone; it can be activated via your phone number inputted into the system.

“That’s so that you can get paid electronically,” Cardenas said.

Once the machine recognizes your account, the door slides open cueing you to place your first can inside the oval shaped compartment. On the sliding door, there are symbols that signify that the machine does not accept aluminum soda and beer cans, and glass or plastic bottles. 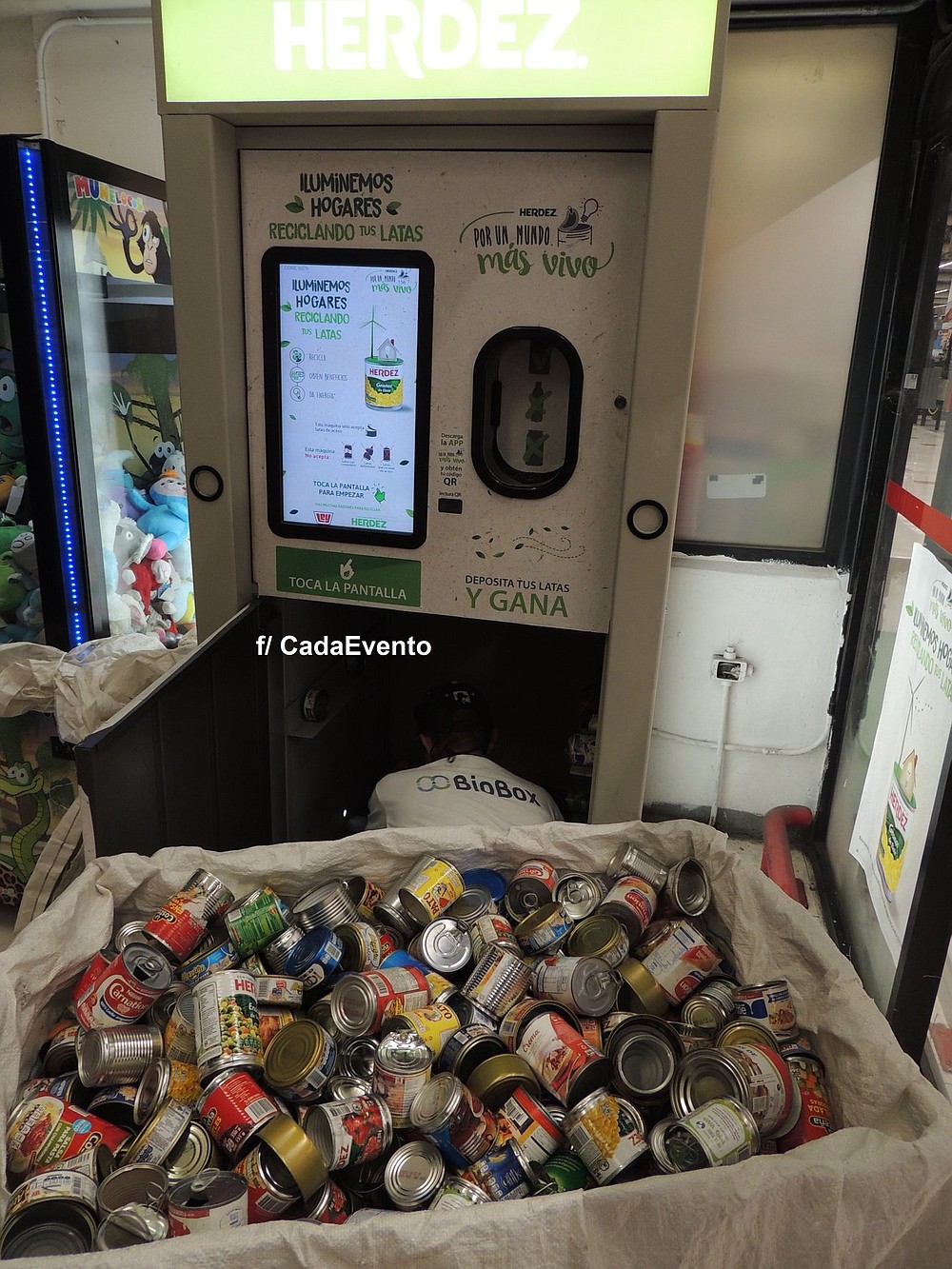 “The lady at Ley said that the cans must be in good condition and not crushed, and clean,” Cardenas continued. “We have tuna, vegetable, jalapeño, menudo and fruit cans that are ready.”

“Do they have to be Herdez brand cans?” I asked her; “no, all brands are accepted — as long as they are not aluminum,” she responded.

If the recyclable is denied, it remains in the compartment to be removed; if it’s accepted it disappears from the compartment and registers onto your running tally on the touchscreen — and the door light turns green then reopens for the next recyclable.

Both of the Herdez recycle machine locations are between 7-15 miles southeast of the Otay Mesa Port of Entry; the other machine is located at the Ley Supermarket in the Sendero Plaza by the Carretera Libre Tijuana-Mexicali.

The Tijuana-based machines were installed in early August; they are part of the second phase of a joint initiative between Herdez and Casa Ley (supermarkets), that includes machines recently installed in the Sinaloa and Sonora states.

On the Grupo Herdez website, they make salsas, Mexican sauces and dips, tortillas, and canned vegetables, fruits, peppers and tuna.

This program called “Recycle the Can” is part of the Por un mundo más vivo (For a more lively world) movement; the cans are to be transformed to create wind turbines to provide clean energy to communities that lack access to electricity.

On October 14, I reached out to Grupo Herdez via email for a statement regarding the Tijuana-based machines; as of presstime, they didn’t respond.

I asked Cardenas how much Netflix cost in Tijuana.

The majority of people that commented on social media regarding the recycle machines were supportive of the program. The complaints were mostly regarding software issues stating the app immediately shuts down after opening it; the app garnered a 1.4 star rating (out of 5) on the Apple site, and a 3.5 star rating on the Google Play site. Another complaint was from a recycler that lugged bags of cans to the machine, and he couldn’t get a phone signal to activate his account.