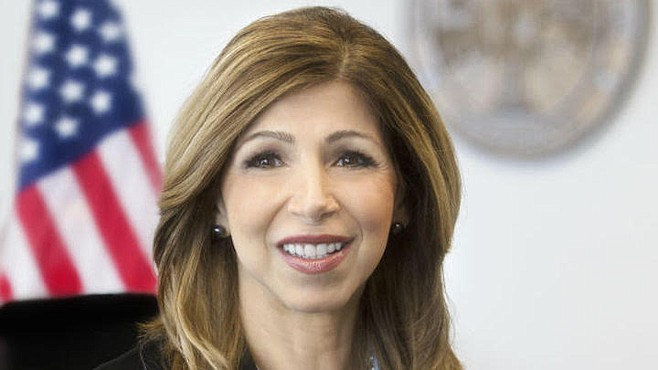 The traditionally Republican bastion known as the Lincoln Club of San Diego County, which has long denied being partisan, now can boast of a flesh-and-blood independent among the raft of GOP candidates it has boosted into public office. 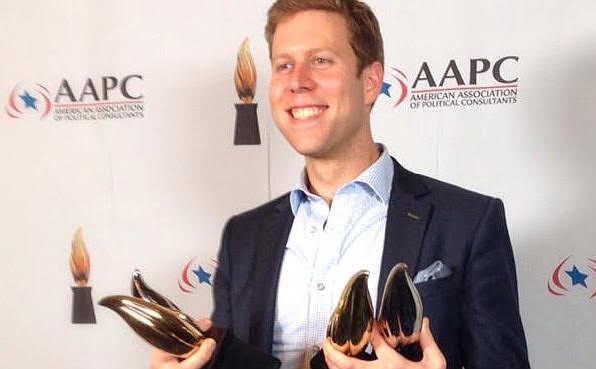 Ryan Clumpner, whose firm consulted with Stephan campaign, announced he was departing the GOP because of Donald Trump.

But is the announcement by San Diego District Attorney Summer Stephan that she is dropping her decades-long Republican affiliation in favor of a hazy new independent status just another of the club's political doings?

So say local cynics regarding the abrupt shift by the San Diego District Attorney, as relayed by the Union-Tribune October 11. 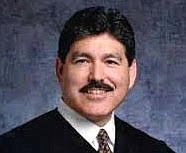 Stephan’s husband Dana Sabraw dealt a blow to the Trump administration in March.

"In an interview, Stephan said her decision to re-register to 'no party preference' was a professional one and declined to give her views on the Republican Party or the president," reported U-T columnist Michel Smolens.

"'I don't want to opine about politics because that's exactly what I'm trying to get away from,' she said in an interview."

"San Diego County residents are fortunate to have her serve as our District Attorney," he said, per the U-T's account.

Escaping politics didn't appear to be one of Stephan's priorities during her 2018 campaign against public defender Geneviéve Jones-Wright, when the Lincoln Club provided its services for Stephan's benefit.

"As a political action committee with a proven track record, our recent successes include a landslide victory for our endorsed District Attorney Summer Stephan, a win by Sheriff Bill Gore, defending Chris Cate in one of San Diego's swing districts, and many other strong showings by our endorsed candidates," boasts club chairman Perry Dealy, an associate of ex-U-T owner Doug Manchester, on the group's website.

Also remembered is the Lincoln Club's Fall 2013 avalanche of hit pieces against Nathan Fletcher, a Republican Assemblyman who later turned independent and then switched to the Democratic Party.

"Is the Lincoln Club so desperate and out of constructive ideas that they are resorting to attacks on private employers, forsaking their supposed principles and lying to serve a political agenda?" wrote ex-Qualcomm chairman Paul Jacobs, then Fletcher's boss.

The club returned for one more swing at Fletcher last year, when it mailed out hit pieces against him without disclosing it was behind them.

"There was an internal miscommunication during the production of that mailer which caused the problem with the disclaimer," club president Brian Pepin, an ex-aide to GOP mayor Kevin Faulconer, told KPBS.

Pepin added that the Lincoln Club had subsequently "self-reported" itself to the state's Fair Political Practices Committee for the legal lapse.

Fletcher ultimately won his race for county supervisor against Republican ex-District Attorney Bonnie Dumanis, a favorite of the club, who had resigned as D.A. in 2017 as part of a deal with GOP county supervisors to name Stephan her successor without a public vote.

The Lincoln Club and its partner in political intrigue, the San Diego Regional Chamber of Commerce, shared the $221,500 tab for the Stephan committee, known as Keep San Diego Safe, in support of Summer Stephan for district attorney. Car dealer Steve Cushman kicked in $10,000.

Principal committee consultant was Public Dynamics, run by ex-Lincoln Club executive director Ryan Clumpner, which got $102,000 for mail and online video, according to disclosures.

“It felt like he’d stolen something I loved and smashed it,” he told tthe Voice of San Diego.in July 2018.

Stephan’s husband Sabraw dealt a blow to the Trump administration in March, when he dramatically expanded the number of migrant families included in an American Civil Liberties Union class action against the government.

“The court powerfully stated that there’s a lot at stake here and that it was not prepared to let the government escape responsibility simply because it might be burdensome to track the families down,” Lee Gelernt, an attorney in the family separation lawsuit and deputy director of the ACLU’s Immigrants’ Rights Project, told the Washington Post.

But just how convincingly the newly self-declared independent Stephan extracts herself from the intricate web of Republican money and politics that put her in office may depend on her professional relationship with Jason Roe.

Disclosure records show that Roe Strategic, owned by the seasoned GOP campaign operative and advisor to termed-out Republican mayor Kevin Faulconer, received a total of $27,000 from Stephan's election committee during the first half of this year, during the new D.A.’s initial six months in office.

I'm sure this is just the first move in the Lincoln Club "rebranding" itself as simply a group of concerned conservatives with no party affiliation. Too bad local Republicans don't like the stink on themselves; but trying to blame Trump for why they smell doesn't fool anyone familiar with their dirty politics.

If the polls are right about Gloria, it seems we're going to end up with a Democratic city government that is identical to the Republican ones before it. Its the same money putting them into power, and keeping them there. The big money doesn't want to stop playing self serving monopoly with our city! What's sad/funny to watch is the developer cronies and shills tweeting away about the horrible corruption at the federal level, but then perpetrating it locally.

There are few true independents. Most are closet Dems or Repubs. They hide behind the "independent" label so that they can continue to support their "brand" without having to admit to it.

Cassander & Geranium: The more things change the more they remain the same.