One way to save the national park 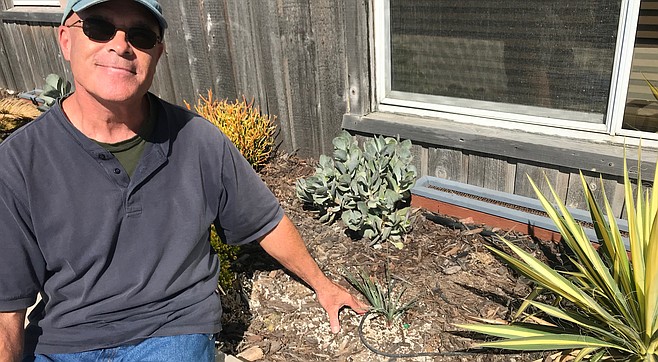 Three years ago, one of architect Bob Craig’s friends moved up to Joshua Tree in the high desert east of Palm Springs. Several hiking visits with his friend, into the Joshua Tree National Park, named after the unique shrubs found only in the high deserts of Southern California, Arizona, and Nevada, sparked a ten-month old endeavor that may end up saving an endangered ecosystem in the Southwest. 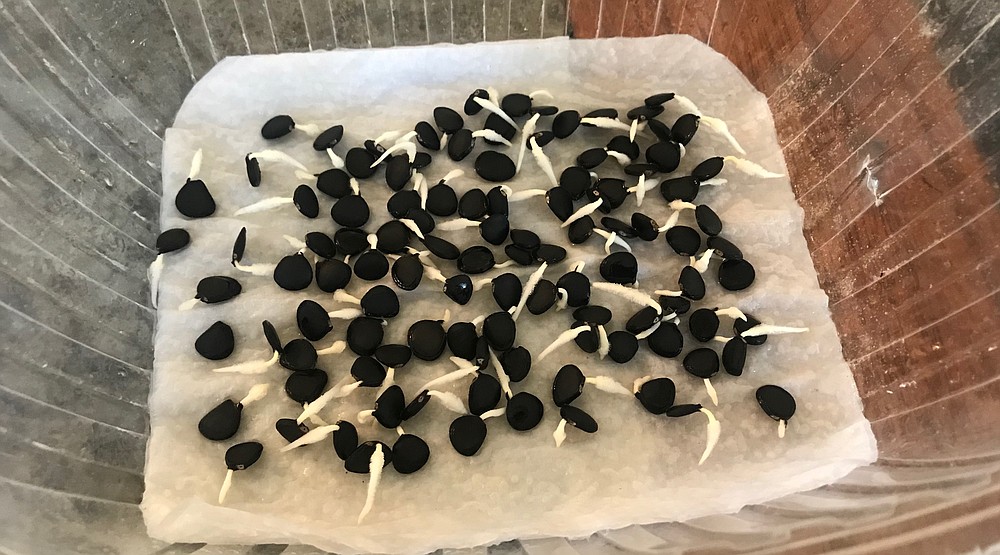 “The Joshua trees are dying. They’re not repopulating,” said Craig. He says about half the trees in the national park are dead or dying. “They’re just getting burnt. There’s not enough water.”

In Craig’s research, he found there was once a desert sloth, and a specific moth that would help pollinate the trees. “They don’t exist anymore,” he said.

Wondering if a Joshua tree would grow outside of the desert, he couldn’t find any nurseries that sold young Joshua trees. Only a few offered mature trees selling for thousands of dollars to landscapers.

Craig finally found an Arizona nursery that sold the tree’s seeds. With research, and trial and error, growing them from small black seedpods, he now has over 2,500 Joshua tree seedlings in a makeshift nursery at his Mission Beach home. 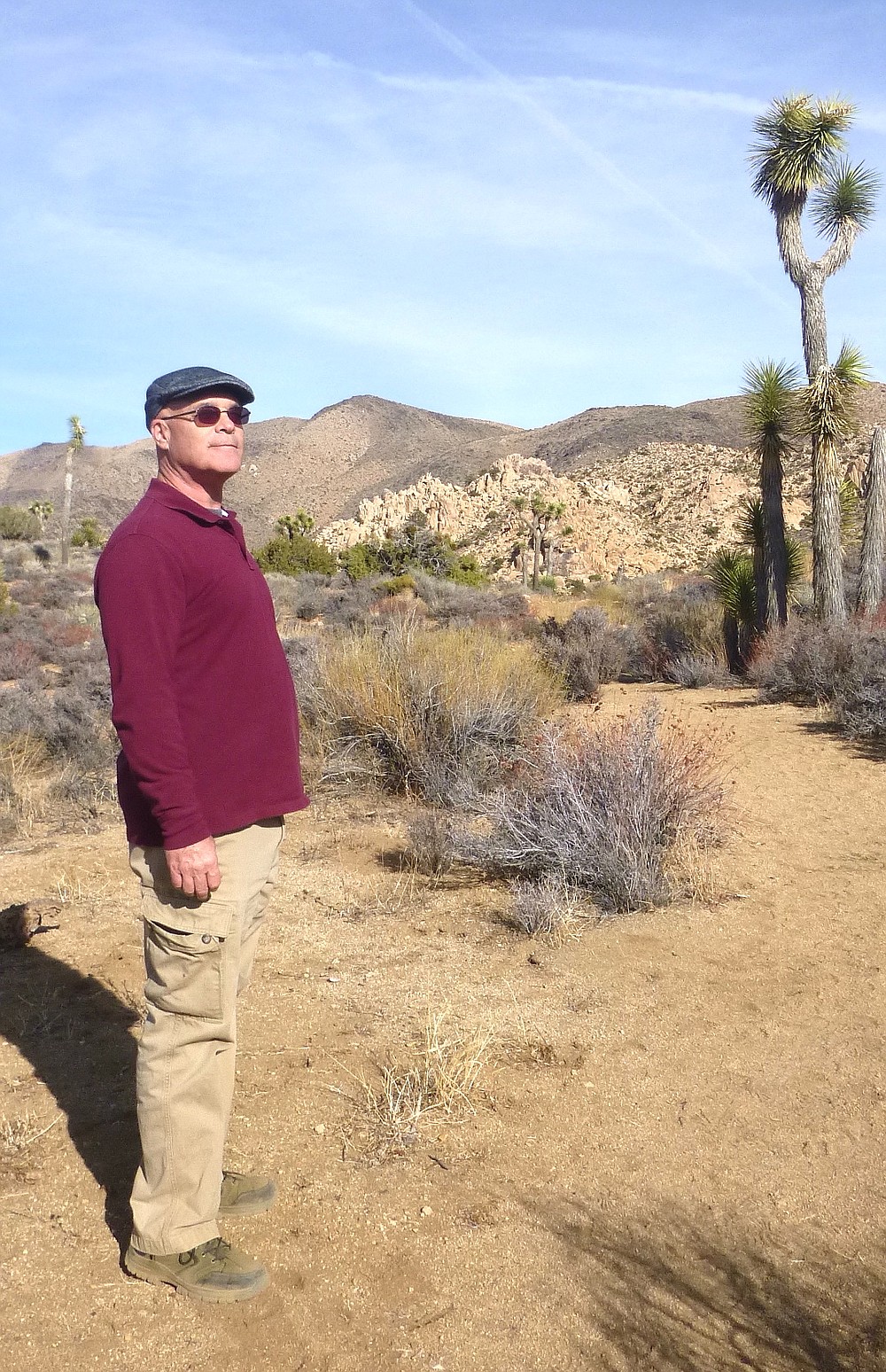 Bob Craig on a hike in Joshua Tree National Park

“I found most everything we believed is false,” said Craig. His seedlings are growing outside of the desert, don’t need full sun, and actually grow faster and stronger in moist soil. But they require a lot of time and attention.

The trees are fragile until they reach maturity in five to ten years. Craig says he’s lost about 30 percent of his seedlings since he started, including about 1,200 when he moved some to a larger greenhouse in Poway. The area was hotter than expected, and they didn’t get enough water.

Joshua trees only grow about a foot at year. It isn’t until they reach maturity of five feet that they start looking like the twisted, iconic photos in the 1987 top-selling U2 album by the same name. Craig says the unique look is really from limbs being knocked off by strong desert windstorms, or by animals.

There is no federal protection for the Joshua Tree. Craig says the Trump administration has so far resisted, because much of trees are on private land, thus protection would impede future desert resorts and commercial development.

However, Craig points out a new AM/PM gas station just opened up in the town of Joshua Tree, and they used mature trees in their highway frontage landscaping. “It’s the first time I’ve seen that,” he said, showing an appreciation for preserving the tree outside of the desert wilderness.

Its what he finds out at local street fairs in his booth selling seedlings. “People love talking about Joshua trees,” said Craig. “If they don’t buy a tree, they’ll give me a donation”

Craig’s mission, through his now-formed company, Joshua Tree Plant Adoptions, is to increase awareness of the tree’s plight, and make a viable business selling Joshua trees that appear, so far, to have the ability to grow anywhere. He can safely ship three- or six-inch seedlings. And he found, once the tree reaches six inches, the root structure could easily be split into three separate seedlings.

Eventually he would like to help the national park repopulate the trees. The trees he’s growing appear to be a match for the Southern California strain.

Another thing Bob Craig shared with me . . . people that think they can go out into the desert and dig one up . . . they never survive. Their root system is so fine and spreads out to absorb any molecule of H20 it can find, no digger will ever get the root system it needs to allow it to survive transplanted.

Quoting the Dalai Lama: "Be kind whenever possible and it is always possible." Stories like this do my heart good. It is so nice to see that, even in today's polarized and selfish world, people like Bob Craig expend their time and resources to help something that would otherwise be overlooked until it was too late. And kudos to you, Ken, for bringing this kindness to light.

Thank you cmillburn. I see that your comment got published in the Reader print edition this week. I don't think I've ever had a comment published that was as kind as yours. I loved this story the minute I heard about Bob Craig, which was totally by accident, messing around on line on night. I contacted him right away. BTW - I've got two Joshua trees growing that I got from him, they are doing great. For the first time having traveled up Hwy 395 up to the Sierra for years, I've noticed them growing all the way the high desert along 395. They've always been there, just never watch them like I did my last trip up after story was published.

Thank you for helping get the word out. I have many baby plants ready to go out to caring folks.

Your garden is not complete without a Joshua Tree succulent!

That is true. Mine are doing perfect. I was surprised to see JT's all the way up Hwy. 395 almost to Lone Pine. I travel up there often and just never really noticed them. I know that's where the U2 album photos were shot, not in Joshua Tree as most think, but up near Darwin.

First I'd like to say that I LOVE the Joshua Tree and the Mojave in general, so I was really excited to read this article and awareness of our environment. I was hoping this organization's plan was to propagate more of them in their native habitat, but instead was surprised by a few things that Craig said.

Craig is quoted as saying "they don't exist anymore," referring to the moths, but the Yucca moth is still around! And with their help, the Joshua Trees are pollinated, bloom and grow a new arm from that bloom, getting that iconic, twisty-arm look (not from animals; besides humans, there's no mammal that large that could take down a tree limb).

There's also another theory that it's getting too HOT for the trees, not the lack of water. They are drought resistant and thrive in arid locations; Craig will have a better go at making a difference in the Joshua Tree population if he takes his BUSINESS out to the Mojave.

If my information is wrong, can you please let me know? I just led a nature tour out there and would like to know if I misinformed people.