The deaths were respectively ruled an accident and a suicide 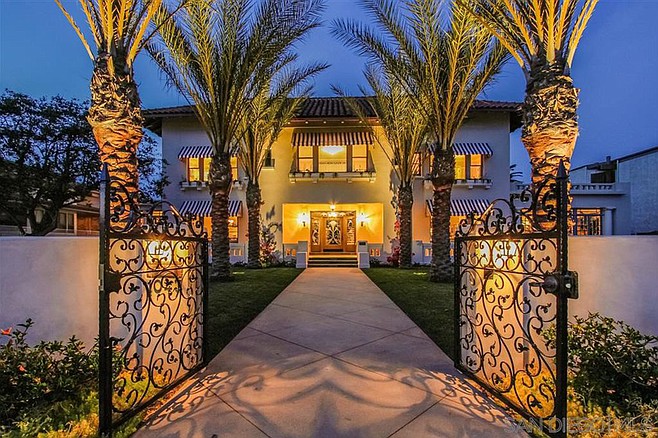 By the late 1890s, John Spreckels had become well-established as one of San Diego’s most powerful men. He’d acquired control of the Coronado Beach Company, the Hotel Del Coronado, and the San Diego streetcar system, converting its carriages from horse-drawn to electrified. Spreckels bought the Union daily paper, and would go on to control the Tribune, its main competitor, along with the Coronado peninsula in its entirety by the early 1900s.

It wasn’t until a massive earthquake struck his adopted hometown of San Francisco in 1906, however, that he decided to relocate his family to San Diego, the city in which he’d amassed much of his wealth.

Setting aside three of his most coveted oceanfront lots in Coronado spanning nearly a half-acre, Spreckels commissioned the famed architect Harrison Albright to design him a home at 1043 Ocean Boulevard.

Perhaps owing to residual fear from the San Francisco quake, the Spreckels manor was designed using steel-reinforced concrete construction, at the time an unusual and unusually stout choice for a single-family home. The original home was completed in 1908, with four bedrooms, six baths, and approximately 6600 square feet of living space that, per listing materials, served as “the center of entertaining for San Diego’s high society.” 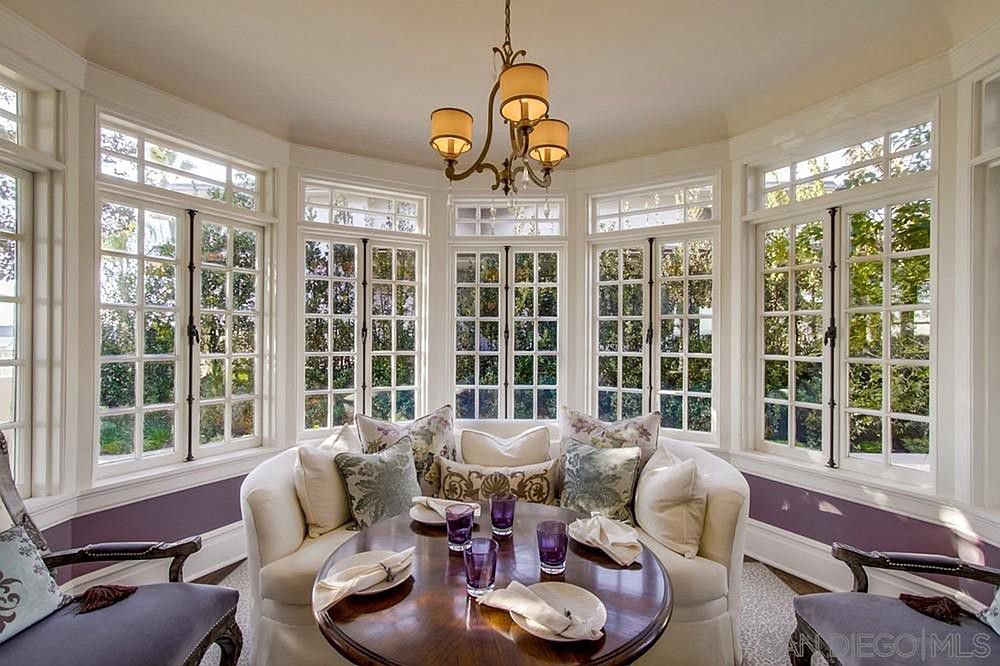 A man of vision likes a panoramic view.

Spreckels later moved into a larger mansion on the other side of Coronado, and he gave the Ocean Boulevard home to his son Claus and daughter-in-law Ellis as a wedding present in 1910. Claus would later hire Richard Requa, the master architect behind the Balboa Park expansions for the 1935 California Pacific International Exposition, to build a 3000-square-foot guest house. Ellis continued living in the family home until her death in 1967.

Later additions to the property included a pool and spa located in a private courtyard, along with two guest or servant apartments above the four-car garage and private gym. The estate currently offers a total of 10 bedrooms, 11 baths, and 10,500 square feet of living space, plus a 1000-square-foot basement. Recent years saw the entire property receive a multi-million-dollar remodel, with updates to the home’s features and technology that did not interfere with the century-old architecture and design.

The Spreckels Mansion was the site of a national controversy in 2007 when Max Shacknai, the six-year-old son of pharmaceutical executive and then-owner Jonah Shacknai, died falling from a staircase bannister. Days later, the body of the elder Shacknai’s girlfriend Rebecca Zahau was found naked and hanging from a balcony. The deaths were respectively ruled an accident and a suicide, but earlier this year, Shacknai’s brother Adam reached a settlement with the Zahau family after being found guilty in a civil wrongful death case that awarded the family $5 million.

Shacknai sold the home in 2011 for a reported $9 million. The buyer was a Utah-based limited liability corporation established to shield the identity of the current owner.

The property has since been listed for sale multiple times — almost immediately after the off-market sale a public listing went up, asking $14.5 million. By mid-2012, the asking price had risen to $15.5 million; in early 2013m the price rose again to $16.9 million as the owner invested in modernization and improvements. The Spreckels property has been on- and off-market a total of six times in recent years, with the price ranging from a low of $12.9 million to a high of $17.9 million. The most recent listing, which went active in April, prices the property at $16.9 million.

The house was in no way responsible for those tragic deaths. Putting aside the obvious breakdown of police investigation of the "suicide" and the subsequent re-opening of the case and then the civil trial, the house is now notorious. And too many folks, especially those who detect ghosts in old homes, just don't want to have anything to do with such a structure. I'm certain it is a lovely home, and can be a relative bargain for someone who is not superstitious. If I had the kind of wealth necessary, I'd be game to check it out and maybe buy it.

This column is "unreal estate." Hmm...

Adam Shacknai never settled with the Zahaus. He was determined to appeal the case and most likely the verdict would have been overturned due to the Judge’s extreme bias and jury tampering. His insurance company settled against his wishes and knowledge - a very shady move by Judge Bacall and Zahaus. Adam Shacknai maintains his innocent and the SDSO conducted a second look at the case and determined once again that it was suicide due to the overwhelming physical evidence.

OK, Susan (making your first posting). There was plenty of "shady" in that sheriff's investigation, and when it was challenged, did you expect Gore to admit that his defectives, er detectives, had botched it? (BTW, they botch many homicides.) "Overwhelming physical evidence?" Don't make me laugh. There was little physical evidence that the cops discovered. And there were plenty of alternative scenarios that went nowhere. If some other police agency had done a second round and ratified what Gore and his boys/girls had concluded, there would be reason to accept the conclusion. But the sheriff investigated the sheriff's investigation and found it to be correct. Uh, that's nonsense. Someone did her in, and has so far walked free of criminal prosecution. If the Zahau family did get some sense of justice from a settlement, good for them. I'd much rather the sheriff say that it was murder and that they don't know "whodunnit". But our (not so) esteemed chief law enforcement officer with his spotty history doesn't operate that way. And so this whole thing is left dangling, just as her nude body was left dangling. Gives you a great feeling, doesn't it?

Has he had a qualified opponent yet? We had "Keystone Bill' Kolender in the office for far too long, and he wasn't worth a hoot. And before him, there was Duffy. Makes you wonder how the county has survived with such a string of incompetents or professional politicians holding that post, doesn't it?

While I don't want to come off as paranoid, there was some major behind-the-scenes activity that got Gore in line for and appointed to the office of Sheriff when ol' Bill had to go. Somebody or "somebodies" was/were behind that replacement, and while it involved the board of supervisors, has never been clear. If anyone could offer more insight into Gore, and why/how he ended up with that plum job, I'm sure we all would love to hear it. Anyone out there with that kind of insight? If there is, let's hear what you have to say, if you're not too afraid to tell it.