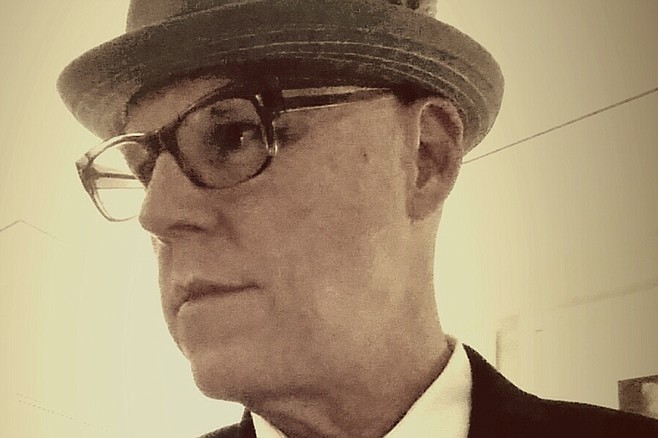 Archie Thompson grew up in a very musical family. He had two brothers, and all three of them played multiple instruments. His oldest brother, Mike, was a musical prodigy who eventually landed a gig playing keyboards for the Eagles. He was eight years older than Archie, and was playing in bands by the time he was 14. Archie followed his lead, and started gigging out around San Diego with a crew of older guys when he reached his early teens.

“We played the Navy clubs, Camp Pendleton, and all over. There was a ton of work there. Church dances, young adult discos. There were a lot of underage clubs. It would be something similar to a SOMA nowadays, but this was back in the mid-70s. We were playing a lot of funk and disco. That was always the music that attracted me,” Archie said.

After high school, Archie moved up to Los Angeles and lived with brother Mike for a spell. He played in some bands during an era in which new-wave was slowly ceding control to hair metal, and spent a decent amount of time in music studios keeping quiet. In hindsight, it was his sneaky music production internship.

“I got to be in the control room for a lot of cool sessions,” Archie explained. “All I had to do was keep my mouth shut. If I started talking, they’d kick me out. There’s something to be said for just sitting there and being quiet and just listening. I might have learned more just hanging out in the control room than if I was actually playing in the session.”

Archie continued to pursue music when he returned to San Diego, but nine years ago his goal became more defined. In the past, he had some luck placing his music in commercials and writing jingles. He decided to make this his primary focus. He signed on with a publisher (Eddie Caldwell) and has landed his music on programs such as Snowfall, Claws, and Imposters. A chance meeting even lead to Archie producing and performing the theme songs for the past three seasons of one of his favorite shows, Archer.

“I met the creator of Archer when I was playing with my trio [the ArchTones] at the U.S. Grant,” Archie explained. “It was during Comic-Con, and he came in and heard the band and dug them. I was talking with him and he was asking me what else I do. I told him that I was really focusing on licensing for TV and film. He said, ‘You ever hear of Archer?” I said, ‘Sure’ and he said ‘Well, I created that.’ I was like ‘Adam Reed!’”

Archie’s biggest licensing score so far may be landing a remake of a song in a recent major motion-picture. It was a bit of a mystery project that paid off. It started with a request from music supervisor Mary Ramos for a new version of the 50s hit “Green Door.” “She’s heard a lot of my stuff,” Archie explained, “so she asked Eddie ‘Can Archie do this?’ He hit me up and I said I could. So I cranked it out in a hurry and we didn’t really hear anything or know what it was for until six months later.”

He continued, “It was funny, when my publisher called me to let me know that we had gotten placed in Once Upon a Time In Hollywood. I was, like, ‘what song?’ He goes ‘Green Door,’ and I was, like, ‘Ohhhhh…that’s what it was for!”

I'm happy to see Archie enjoying success. He and our buddy Buzz Barnaba collaborated on the score on sax and keyboard for one of our videos, "Ultimate Mountain Biking" in 1988. https://youtu.be/0N16Iv1yHYY