Coronado beach: from U.S. Naval Air Station North Island to the Amphibious Base

There is more than meets the eye to discover here. 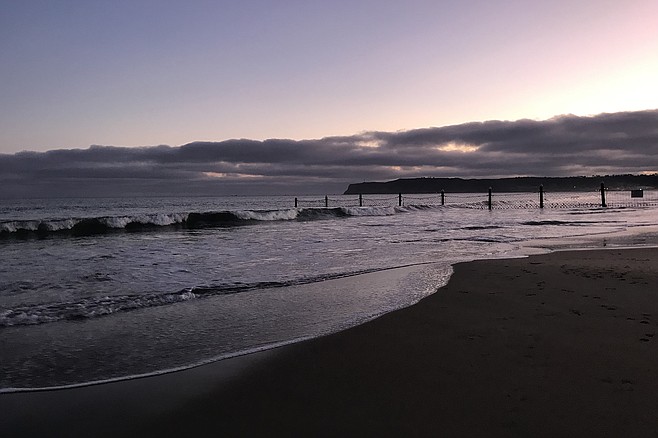 Few places in San Diego have as deep a history of military and tourism co-existing in a spectacular natural environment as Coronado Island. The broad flat area we now call U.S. Naval Air Station North Island traces its aviation history to the school founded by Glenn Curtiss in 1911, with the air station dating back to 1917. Near the middle of the beach rises the historic Hotel Del Coronado, built in 1887-1888 by the Reid Brothers (architects) under Elisha Babcock, Jr., and Hampton L. Story. The Del has hosted presidents, foreign dignitaries, and celebrities, and its iconic structure has been featured in movies and replicated in other resort hotels. At the time of its opening, it was the largest resort hotel in the world and remains one of the largest wooden structures in the United States. Beyond this icon of beach-going tourism is the Amphibious Base. Established in 1943 on land literally dredged out of San Diego’s harbor to allow military vessels to reach Naval Station San Diego during World War II, the base provides an important environment for the training of advanced military personnel while also protecting a critical habitat for coastal-dwelling endangered species.

Since parking can be challenging at certain times of the year, the best place to start this hike is the part of the beach closest to where you can find parking on Ocean Boulevard and then head north toward Sunset Park. Ocean Boulevard ends in a cul-de-sac in front of the North Island Gate, but you can turn left and head along a mat-like walkway to a dog beach, past non-native ice plant to the leash-optional area. The dog beach is separated from the main beach by a little “creek” (drainage route). The dog beach offers great views out to Point Loma, the lighthouse of Cabrillo National Monument, and beyond, where large ships and sometimes great whales move across the deep. Turn around when you reach the barrier to North Island.

As you head south through the north/middle section of Coronado Central Beach, take time to note the kelp that has washed ashore. The large brown algae species from the order Laminariales is distinguishable by the large leaf-like structures with the hollow bulbs (ball-shaped pods filled with air) that help keep the blades afloat so the algae can photosynthesize. Beyond what you can see from the shore grows a kelp forest under the shimmering surface of the water. You would need scuba equipment to fully experience this underwater habitat. But at least you can see the remnants that have washed up on the shore.

Closer by are the “Coronado Dunes” which trace back to 1988. As reported on by Ken Kramer in the About San Diego video series and in the Coronado Times (1/15/2018): “To hide the kelp that washed ashore during high tide, Coronado City worker Armando Moreno buried them under sand, planting ice plant on top, but while he worked, he actually shaped the dunes into letters. His message, which survives today, “C-O-R-O-N-A-D-O,” showcases the island’s mix of human-altered nature, tourism and military. Pilots flying to North Island could clearly see Moreno’s secret message, on a beautiful and popular beach, under which lay the washed-up remnants of a vast oceanscape, itself hidden beneath the waves.

About a mile and a half from the Dog Beach, you will reach the tide pools outside the Hotel Del Coronado. Accessible at low tide, these pools provide a habitat for a variety of mollusks (from the phylum Mollusca) like barnacles, mussels, and limpets; echinoderms (phylum Echinodermata) like sea stars; and sea anemones (from the phylum Cnidaria). You may even find crustaceans (phylum Euarthropoda), and other marine life, depending on the time of your visit.

The public beach continues for about another half-mile past the Coronado Shores complex. As you continue south beyond the tide pools, watch for nearshore birds and, as you gaze out to sea, be on the lookout for whales. Turn around when you reach the fence which sets aside beaches for both the Navy and wildlife as part of the Amphibious Base, and head back to where you parked.

The best time to visit the tide pools is when the tide is out (check current tide charts). Another good time to visit is in the evening. As day turns to night, the artificial lights of the Del reflect on the flakes of mica that shimmer in the cresting waves. And if your timing is right, you might also see the green flash as the sun slips beneath the horizon. 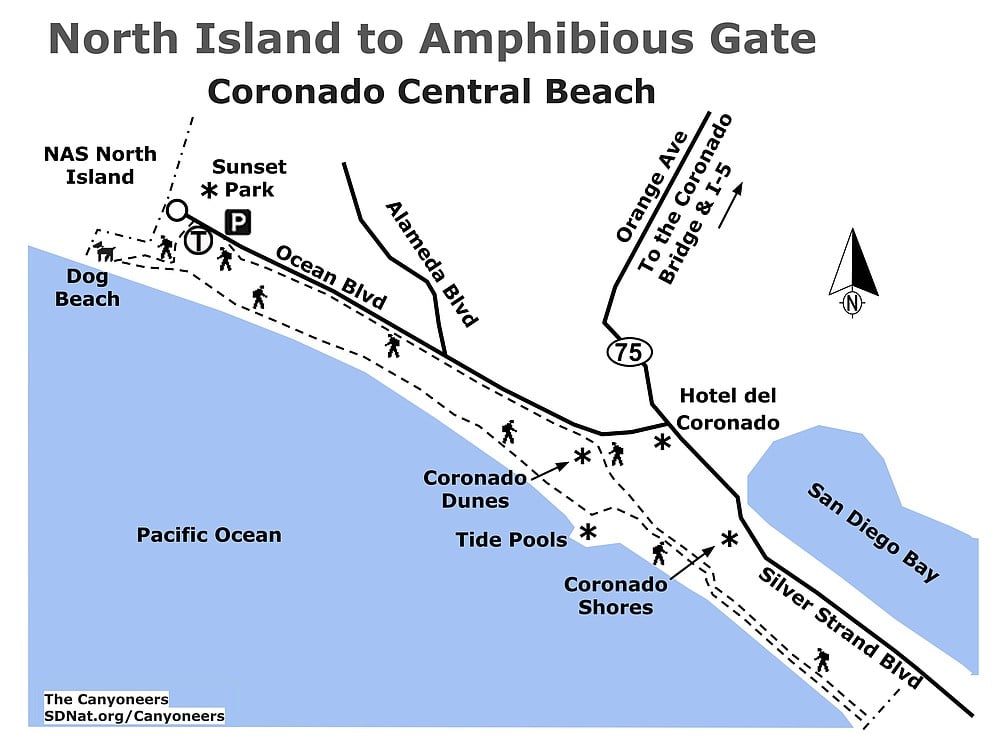 There is more than meets the eye to discover here.