Change is coming to the UCSD Health hospital campus in Hillcrest, change so sweeping that the campus will look completely different when it’s over. Instead of the sprawling, built-as-needed mish mash of 37 buildings and two parking structures, the hospital will become a unified campus including 1000 apartments and a green space. 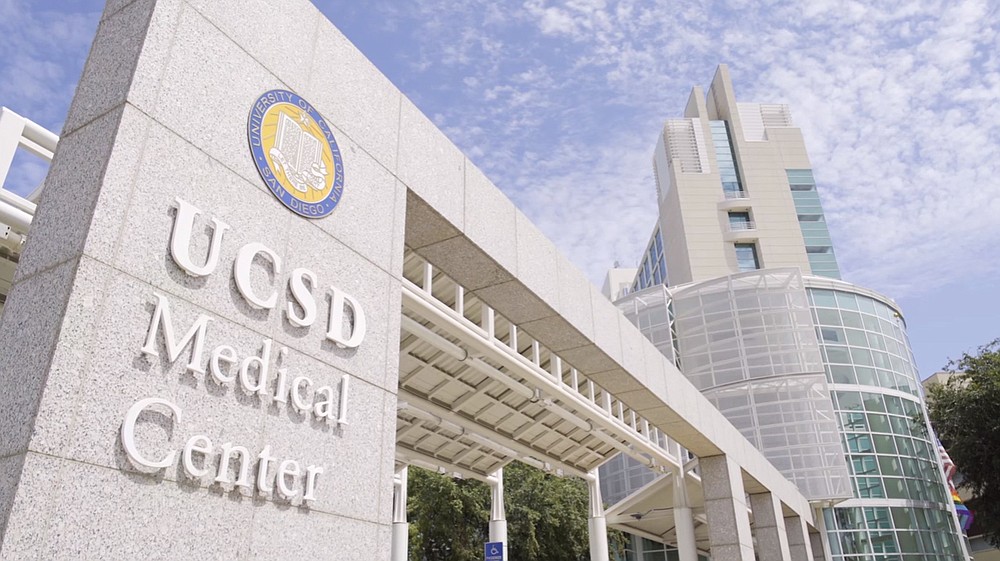 Observers believe the cost to replace the hospital could top a billion dollars.

“The [environmental impact report] only talks about providing ‘opportunities’ for transit, but provides no concrete details of what they’ll actually do other than moving the hospital one block further away from the #3 bus stop,” Clint Daniels, a resident who identified himself in his comments as a member of Uptown Planners, commented. “A tremendous amount of care and energy has been taken to deal with auto circulation elements with lots of specific details. This is not the case for any other (transit) modes.”

Earthquake safety is what started the construction shake up. State law requires hospitals to be retrofitted by 2030 so they do not collapse during earthquakes, and hospital planners found that retrofitting the original building would cost at least as much as razing the building and constructing a new one. The county constructed the main hospital in 1963 as a county hospital and leased it and the grounds to the university system in 1966. The university health system purchased it in 1981 for $17 million. 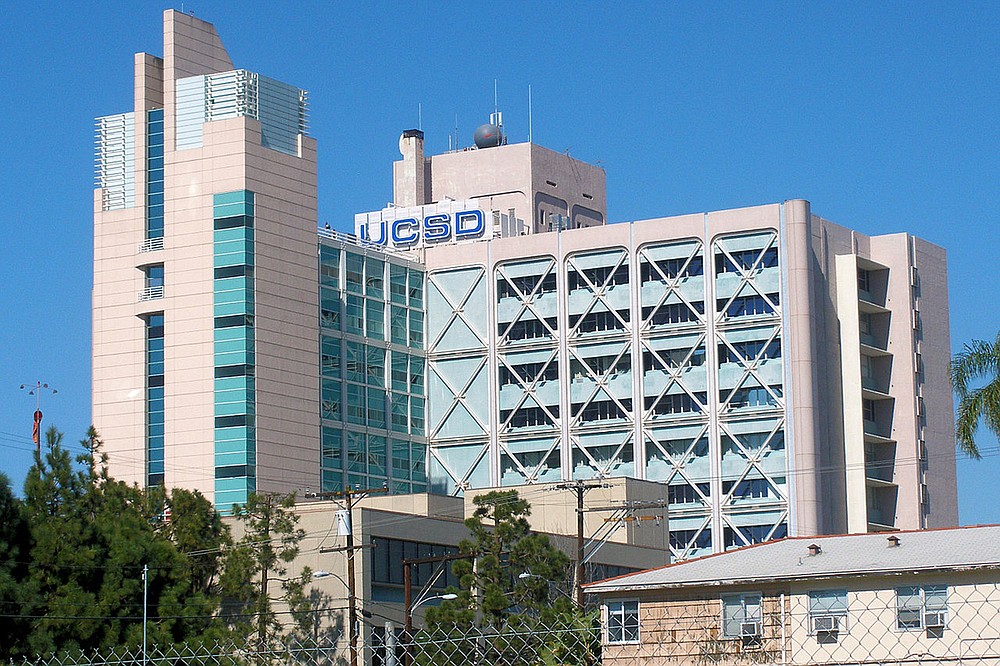 “It’s just old,” said UCSD Health Systems spokesman David Mier. “This is also an opportunity to demonstrate our commitment to our community in Hillcrest.”

The university system does not need city or county approval of its plan; it answers to the state of California. But its public affairs and planning staff have been giving presentations and showing the plans around for at least a year.

“Our engagement with the public, with our neighbors is very important to us,” Mier says.

Although the draft environmental report is still being reviewed — the comment period closed on August 9 — the first phase of the project has been listed on a UCSD intranet bid site: to build a massive outpatient pavilion, redo Bachman Place, build a 1200-car parking structure and possibly a research building, all for between $240 million and $300 million.

The nagging question of how much it will all cost has not been answered yet, not even for the University of California Board of Regents. But, observers expect it be well north of a billion dollars.

Area residents largely approve of the plan. The addition of 980 homes and open-to-the-public green space make everyone’s wish list. But Uptown Planners, of which Daniels is a member, raised the issue of reducing greenhouse gases to meet the state’s aggressive climate action programs. While it plans for reductions in greenhouse gases, 66 percent of which now come from staff and visitor vehicles and another 25 percent from power use, it doesn’t go far enough to reduce them, according to a letter from Daniels, a professional transit planner and analyst. He asks that the UCSD Health “provide more specific and actionable mitigation measures like reducing parking, improving transit funding and/or a direct connection to the Fashion Valley transit station, possibly via tramway similar to the Roosevelt Island tramway in [New York City] or the Portland Aerial Tram.”

In 2005, because the hospital is so close to Scripps Mercy Hospital — and, some say, because there’s more money to be made in North County coastal areas — the university system board of regents briefly considered abandoning the neighborhood in favor of its other campuses in La Jolla. But community backlash was fierce, and the idea passed quickly. Mier joked that it lasted a morning, though rumors hung on for a while.

However, UCSD did move the beds out of the Hillcrest campus and put them in La Jolla. In, 2010, Tom Jackiewicz, then chief executive of the UC San Diego Medical System, explained on KPBS news-talk show These Days, “The Jacobs Medical Center is going to be 245 additional beds, and it’s going to bring 12 new operating rooms. The hospital’s actually going to have a focus... in three areas. It’s going to have a hospital for advanced surgery, a cancer hospital, and then a hospital for women and infants care.”

Construction at the Hillcrest campus will happen in five phases while the hospital continues to operate, planners say. Most of the development will be on the south side of the site while 28 acres on the north — mostly canyons leading down into Mission Valley — will be left untouched. The replacement hospital will be built in the northwest central area of the buildable land.

About 34 acres of the 62-acre campus can be redeveloped — the rest is dramatic hillsides and canyons. Currently, the hospital operates with about 1.1 million square feet of hospital space. That includes one of the region’s six Level 1 trauma centers, the regional burn center, comprehensive stroke center as well as research labs in about 37 buildings — only one of which will remain at the end of the rebuild, according to documents in environmental impact report.

The plan includes building 1000 apartments on nine acres of the buildable land along the western edge of the 62-acre property. Bachman Place, which runs from Mission Valley up the canyonside to the hospital, is to be straightened. A new access road will connect Bachman to the new apartments.

The rental housing will guarantee a steady stream of rental income for the medical complex, Mier said. A recent Zillow search showed Hillcrest apartment rents were mostly above $2000 per month.The plan is to give staff first dibs on the market-rate units.

Though adding apartments, UCSD plans to reduce the total number of hospital beds from 370 to 300. “Since Hillcrest Medical Center was first built in 1963, the fields of surgery, medicine, and medical technologies have transformed dramatically,” explained UCSD hospital spokeswoman Laura Margoni. “Surgeries that once required large incisions and multiple overnight stays can now be achieved with small, sometimes invisible, incisions and be conducted within a day on an outpatient basis.”

The patch of land is curiously isolated from the commerce of Hillcrest. As Mier likes to say, you have to go past another hospital to get to UCSD hospital. The largely residential neighborhood of apartments, houses, condos, and small offices buffers the hospital from busy Washington Street to the south. Residential parking permits are required in the neighborhood because of the impacts from the two hospitals.

Most hospital campuses are the same; a confusing mish-mash of buildings and walkways with inadequate parking and inadequate drop off/pick up areas. Most have started off a small regional hospitals and have grown over the years to impossible to navigate campuses just like most colleges/universities.

The drop off/pick up area in front of Scripps Mercy goes smoothly. I see it every week, and I wouldn't call it "inadequate" at all. And there's a large parking garage steps away. They did take away the ER parking lot, as a new building will be constructed there.

I am glad that UCSD is staying Hillcrest. I am a patient there and it very happy with the service that they provide. The trauma center has a big difference at UCSD. I went to the emergency room about 10 years ago and had to wait all day to get in. I had go back about a year ago and only wait about a hour to be seen.

There are so many things wrong with this plan that it is hard to know where to start. That area with its canyons and surrounding neighborhood with its narrow streets is disadvantaged from get-go. Even as long ago as 1963, it was a poor choice of location for a major hospital. Then the piecemeal additions have just aggravated the mess. A twelve year plan? Oh, get real! It will likely take closer to 120 years to make all those changes. The price tag? Absurdly tiny. And now we have the University of California getting ready to play residential property developer and apartment landlord. What does that have to do with running a university? They have hospitals at all of the medical schools and those are for teaching (and research) purposes. Running hospitals should never become a business or profit center for the UC. Its management is already distracted by a host of non-educational activities, and those med centers tend to suck up all the air when UC upper management is formulating policies. We can't live without the UC med centers here and in LA and SF and Davis, in addition to Irvine and Riverside. But they need to stick to their knitting and also come up with realistic plans for operating them. Oops, I used the word "realistic" in the same sentence as a reference to UC med centers. (I need to be more careful.)

last I heard, the residential development is for their employees primarily, which should address some of the traffic and environmental impact from today's commuter driver appproach.

I reported and wrote this story. I'm not sure how I got renamed!

What UCSD has always been a LOSER to, as long as I have known UCSD patient --- is the specialist doctors (within the category of) that UCSD contracts with.