New sauces, hats, and ribbons, and an old favorite 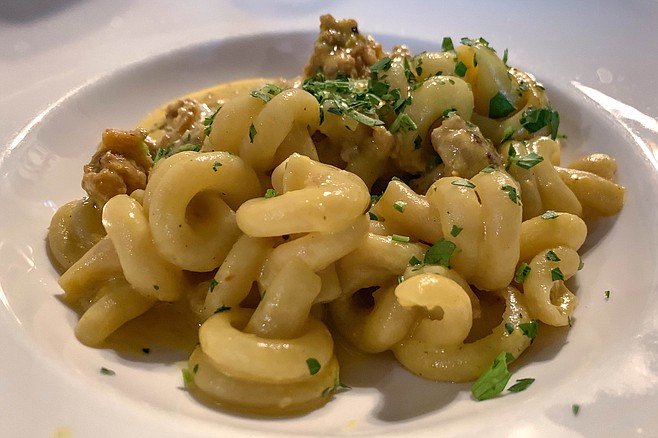 I don’t know whether San Diego has gone through some sort of culinary looking glass, but we seem to have entered an era where Little Italy is flush with great non-Italian restaurants, while every other urban neighborhood suddenly has a fine Italian place to call its own. In Barrio Logan, the place is Ciccia Osteria, a pasta-making oasis that opened earlier this year on Logan Avenue with a painted floor medallion premising, “casual fine Italian cuisine.” It's a contradiction in terms that nearly makes sense on these blocks, where we’re more likely to find a line out front of custom Chevys with tricked out paint jobs than the valet line of German cars typically seen outside fine dining restaurants. 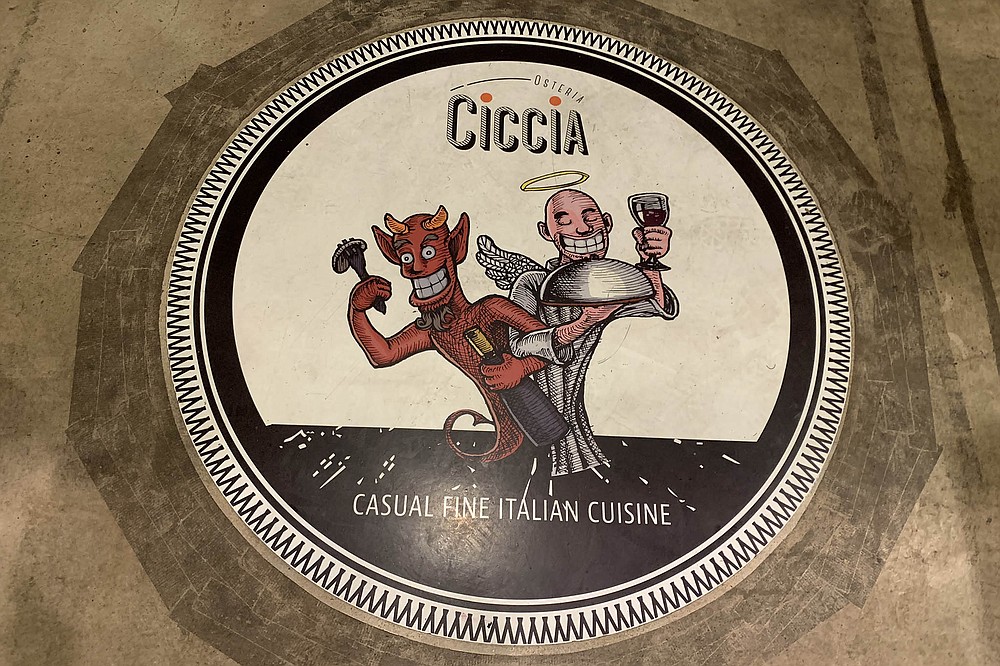 The “casual” here is easy to spot: rather than be seated upon arrival, customers must stand in line to order and pay for food from a service counter. Once your order is in, the staff will seat you at a table, either inside or on the homey dining patio, and from that moment forward, you’ll receive table service (meaning if you decide order a second round of drinks, or dessert, you’ll need to pay for those separately). Usually, I’m not much a fan of such attempts to mitigate the costs of service, but even on a busy Friday night it seems to work here. I suspect because, from management to staff, everyone working is so friendly and upbeat, and most likely Italian. 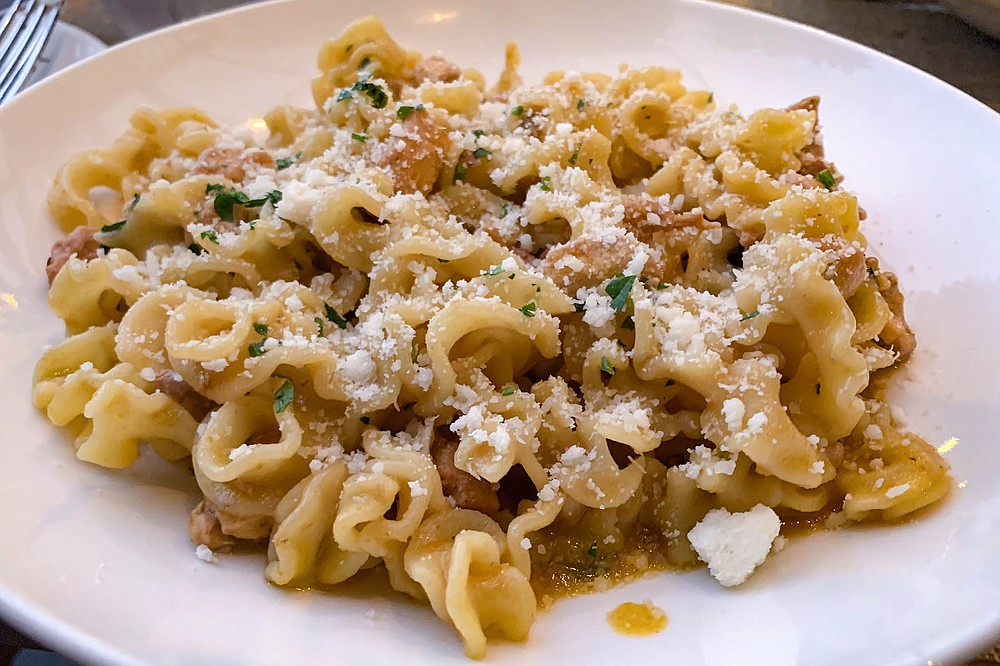 Pasta ribbons with a stew of rabbit, duck, quail, and chicken

As for the “fine” half of the equation, I have to assume that starts with bread service that includes onion focaccia and a dipping ramekin of mascarpone, ricotta, balsamic vinegar, and calabrian chili. In terms of pasta, “casual fine” results in simple $13 plates featuring both pastas and sauces you’re unlikely to encounter at other restaurants. For example, the Sombreri pasta, which puts saffron, house-made sausage, mascarpone cheese, and a light bell pepper sauce over tube pastas twisted up to look like little hats. At the top of the pasta menu there’s Ubriaca: it’s also made with sausage (plus ricotta and shallots), but most distinctive because its gemelli pasta has been cooked in red wine, resulting in purple noodles and an earthy tang. 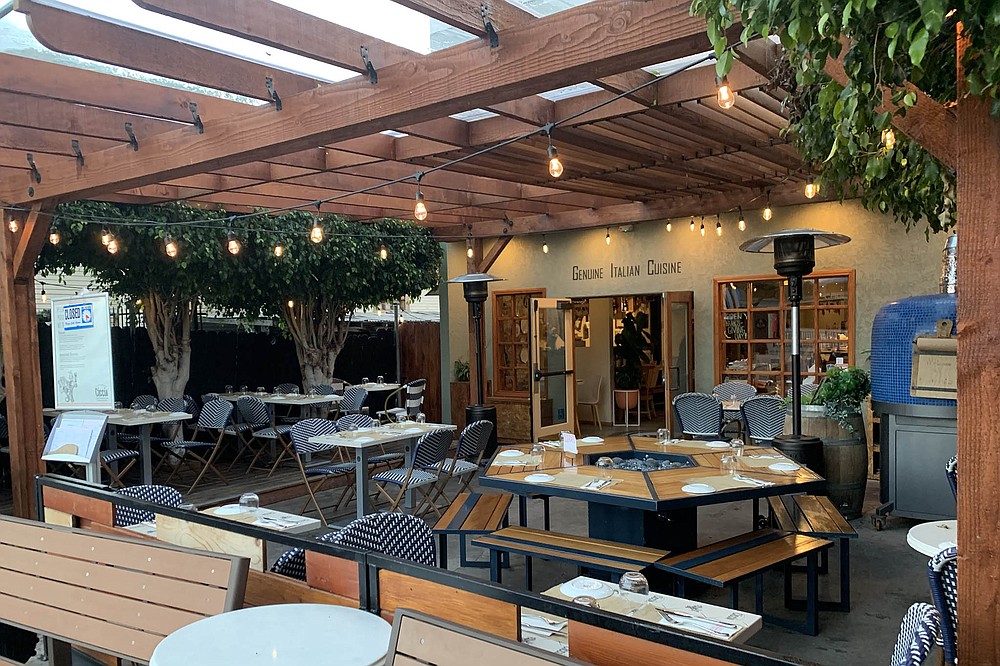 There is a lot to choose from, including stuffed pastas and interesting sauces, the likes of which never made the menu at 20th century Italian American restaurants. Think: pear ravioli with gorgonzola sauce and walnut, or celery root stuffed capelli with brown butter, pancetta, and pine nuts. The restaurant’s top seller sees a dry stew of chicken, quail, rabbit, and duck served over the wavy ribbon pasta mafalde. The wavy ribbons of this pasta lend a distinctive and satisfying chew that almost overcomes the slightly gamey sauce as the most memorable part of the dish. 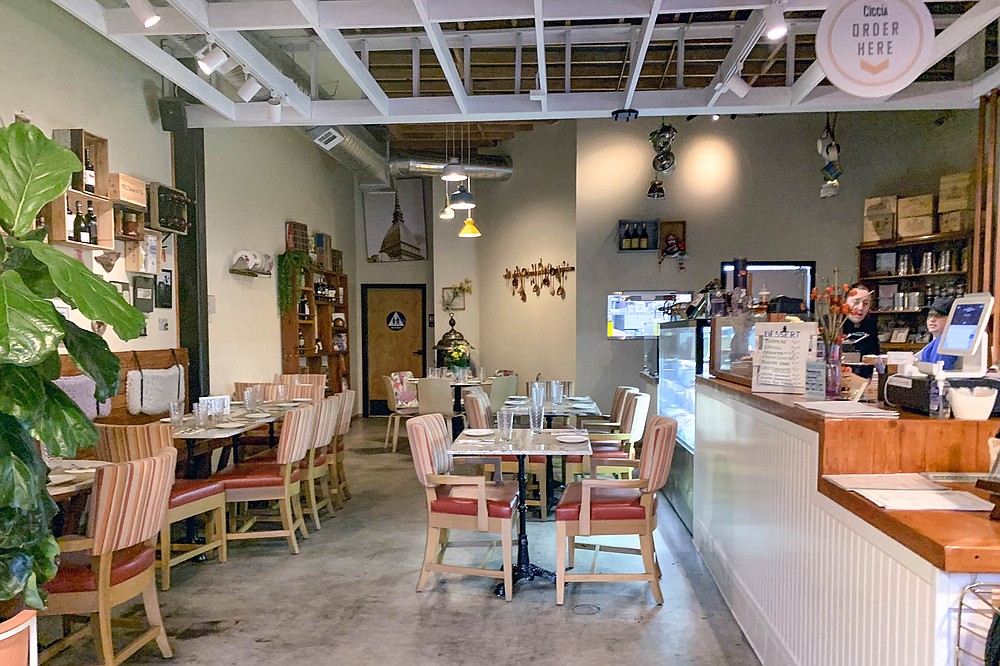 Order at the counter, then be seated.

While I’ve enjoyed tasting through the pastas at Ciccia Osteria, following several visits I am torn. Most of these dishes have shown me something new, interesting, even unexpected. For a lifelong spaghetti eater, just having a chance to sample so many variations at a reasonable price makes lining up at this pretty Barrio Logan patio worthwhile. But I must confess, the best thing I’ve tasted here was the least surprising. Ciccia Osteria’s fettucine Bolognese offers everything I want in a meat sauce, and it’s already one of my favorite pastas in town.