You can bring Baja lobsters across border for Thanksgiving

But don't try it at Easter

“It got very expensive for me,” he said, “I used to spend about $600 on 18 California spiny lobsters from a Point Loma market; I can't afford that anymore.” 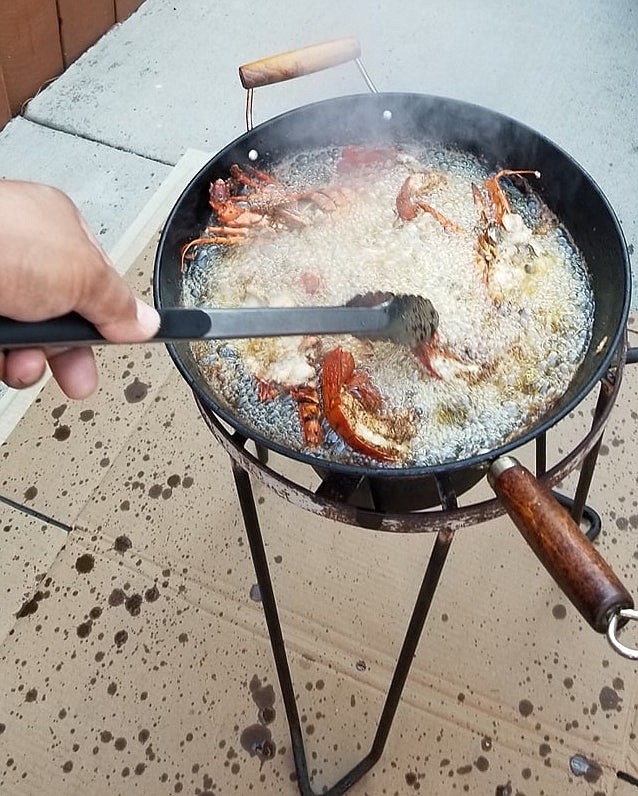 "I wanted 14 more, but that was all the fisherman had.”

Recently, the Vista man discovered a cheaper route to purchase, fresh-California spiny lobsters, referred to as “rock” lobsters, usually caught via one-way steel-traps with bait inside.

Meza purchased the langostas (spiny lobsters) at Ejido Eréndira, a small town south of Ensenada that’s about 125 miles south of the border.

“Did you transport them back to San Diego alive?” I asked.

“The customs agents might not like the fact that you are transporting live seafood,” he said. “I always cross seafood frozen, and mostly uncooked.”

On the U.S. Customs and Border Protection website, there are more restrictions placed bringing in Thanksgiving turkey meat, than on seafood, when bringing it back into the U.S.

“Fish – personal amounts of fish, shrimp, abalone and other seafood are allowed and can be fresh, frozen, dried, smoked, canned or cooked …. are generally admissible,” says the site’s “Travelers bringing food into the U.S. for personal use” section.

“What is the allowed amount [to bring back to San Diego]?” she asked Meza.

“Sylvia, if they’re in season, as many as the agent believes you can consume in a gathering. I really don’t know what that means. I think it’s all up to the agent, if they think it’s for business, you [can] get in trouble, but if it's for home consumption, you’ll be okay.”

If other San Diego County residents want to follow Meza’s fresh lobster-lead and trek into Baja, they have until March to do so.

“The closed season is mid-March through September,” states the California Department of Fish and Wildlife site regarding the lobsters in Baja, “the opening being the first Wednesday in October for commercial and the first Saturday before that for recreational take. ”

I asked Meza if he will serve any leftover lobster from his last haul, as a bisque or in a roll, for the upcoming holidays.

“No lobster for Thanksgiving. We finished them,” he said, “but there will be ribs.”

Meza suggested another method for his fellow-San Diegans to keep their lobsters fresh.

“If you flash freeze them,” he said, “and when you thaw them, they taste fresh out of the water.”

“Are the California spiny lobsters from Baja, as good as the ones from Point Loma — or vice-versa?” I asked.

“I don’t see or taste any difference from either of them,” Meza responded. “They’re both sweet and juicy with a divine crunch when you bite into them.”

On November 24, I searched for California spiny lobsters in San Diego markets for a price comparison and not one locale offered the California crustaceans on their website. A few offered the East Coast counterpart, the Maine lobster — which have much larger pinchers but smaller tails compared to the Californians, and the prices started at $13.99/lb. The taste between the two is a toss-up according to websites.

Or did I miss something?